VEF: from the "Potemkin village" to the "global city" 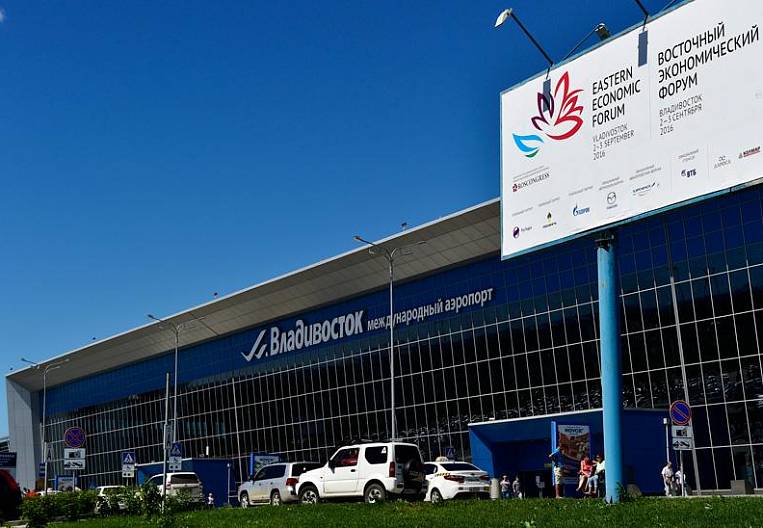 About S.I. Furgal Say a Word New conditions for new governors What can the Far East
All author's materials
In the first decade of September, the largest economic forum in the region will take place in the capital of Primorye. Already the third in a row. It is customary to write about the Eastern Economic Forum carefully. Yes, something happened, but there are a lot of problems, the organization here and here pumped up, whether investments will be, or not. Perehvalish now, and then nothing will come of it. Yes, and that, in fact, should go out? That's about it makes sense to talk.

The idea that as soon as the Far Eastern regions submit their projects, a golden rain of foreign investment will pour into the territory, hundreds of enterprises with tens of thousands of jobs instantly build, a full galactic chess tournament, etc. will take place, it does not seem particularly sensible. Such iridescent pictures were drawn except by official officials. What then?

The Far East for most of the world, and even for Russia - the region is mysterious, almost unknown. To go there far, and the meaning is not obvious. So they did not go. During the entire Soviet period, the region was, first of all, a military outpost, and a place where completely free workers in quilted jackets with numbers were forged "the golden shield of the motherland". In 90, a slow entry into the APR economy began. It began with cross-border trade. Yes, and it ended. The scale of trade, of course, grew. Region she fed. But its volumes did not go to any comparison with the trade between the countries of the macroregion. And the trade itself was completely "colonial". The raw material was exported abroad (at the prices for which they bought), consumer goods, technology and technology were going back. The reason is simple - the region, and the country in the APR did not have its own trading platform, its "global city".

The modern world economy is arranged in a very peculiar way. Its key elements are concentrated in special centers - global cities. Historically, these were cities where trade routes (sea and land, sea and river, etc.) were connected. If the city was still able to provide minimum security for people who trade, then people began to trade here. Such were medieval Leon, Genoa and Venice, such were Amsterdam, London and Frankfurt in modern times. Gradually, the necessary logistics infrastructure and the hospitality industry arose in shopping centers. The largest banks opened offices in convenient trading cities. After all, there was where to invest.

In a city where there is a lot of money and good (convenient) trade, new production facilities were opened, it was easier to find an investor for an idea there. And, in general, it is easier to find your “place in the sun”. As a result, the most talented, restless, adventurous people begin to arrive in the global city. The flows of goods from the entire surrounding area begin to converge here. Scientists called this, sometimes huge, territory a "chora". The global city was drawing people, money, resources into itself. Moreover, without any violence. It was just that it was more profitable to work there, and it was more profitable to trade, and to live more comfortably. It was there that the world stock exchanges were located, the most developed leisure and social infrastructure, the largest universities and the media, theaters and film studios, scientific and technical centers, where innovations arose. With them, the global city "paid off" with the adjacent territory. In addition, due to the high cost of labor and raw materials in a global city, it inevitably began to export production and capital to its periphery. But this is if the territory is close. And if not?

Then resources and people continued to flow away from the distant periphery, and the oncoming traffic was extremely weak. Something similar has happened and is happening with the Russian Far East. Both for the centers in the Asia-Pacific region and for their own country (in Russia there is one global city - Moscow), the Far East turned out to be a distant periphery. Resources, technologies, innovations flowed there only under the strongest pressure from the state, and only when the state was "on the rise." The slightest failure, and the distant periphery was "forgotten." Therefore, we needed our own trading platform, our own global city in the region. It is difficult to find a better candidate for him than Vladivostok in the region.

Here the port and Transsib converge. It is not good here, but the hospitality industry is better developed than anywhere else in the region, there are already long-term stable ties with Japan, Korea and China. It was not by chance that in the pre-revolutionary years it was here that the “fish” and “forest” exchanges worked, setting prices for products throughout the macroregion. Large-scale reconstruction of Vladivostok was the first step on this path. Today they write a lot that money was spent inefficiently, the reconstruction was carried out wrong. May be. I am not an urbanist, not a builder - not for me to judge. But the fact that for the first time in a century the city has been radically renewed is a fact.

However, a one-time action does not create a global city. This takes decades. Not immediately, but gradually, the logistics infrastructure is developing, financial instruments and operators are being formed, administrative procedures are being simplified, cargo handling is accelerating and much more. This is how the forum works, as well as many other events that are held in Vladivostok. With each of them a little, but the hotel fund is increasing, the transport situation is improving. People from neighboring countries "get used" to this site.

Once His Serene Highness Prince P.G. Potemkin-Tavrichesky, in order to show the mother empress how life flourished in the country during her reign, ordered to build fake villages along the monarch's route to the southern journey and to expose the mummers of peasants. This "window dressing" is called "Potemkin villages". But only then villages were built in these places, roads were laid, land was plowed up. The Potemkin Villages were not so much an imitation as a PR project corresponding to the time, an attempt to construct a desired future.

Something similar is happening with the WEF. Yes, for now this is even more the report of the governors and the Ministry of the East Development on the work done before the main investor of our country, furnished with the speeches of businessmen and lit up by the "pool" of journalists. But soon (not tomorrow, but not through the centuries), a PR project can heal with its quite real life. Indeed, as a result of the decision of the main investor or major investors, money is still invested in the region, and not always in PR. Sometimes in quite sane projects. Port facilities are growing, hotels, warehouses, shopping centers are being built, roads are being repaired. Yes, I would probably like it better and faster. But what happens is what happens.

There is, however, one more circumstance that is extremely important for the emergence of a global city in the Russian Far East - global cities, for the most part, lie away from the places of residence and spawning of officials. It is their absence that makes doing business simple, convenient and relatively cheap. In the meantime, there are more and more officials in Vladivostok. It is the officials who are trying today to come up with a mechanism with which it will be possible to protect business from officials in uniform and without. It would seem that it was wiser to simply “remove” them from the city, or at least minimize their number. But for now we are going in a special way. However, the fact that such a problem (of protection from officials) is present cannot but rejoice. Suddenly they will succeed.
Tags: WEF forum Vladivostok APR development 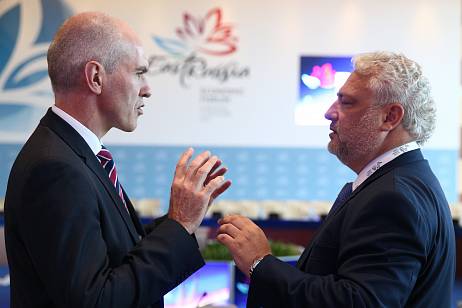