Acquaintance with Vladivostok is best to begin in the historical part of the city with the Ship Embankment, which stretches from the current ship dock, laid by the future Emperor Nicholas II, along the picturesque bay of the Golden Horn. It is believed that it was here that the founders of Vladivostok, led by ensign Nikolai Komarov, landed on the shore of the Golden Horn Bay in 1860. 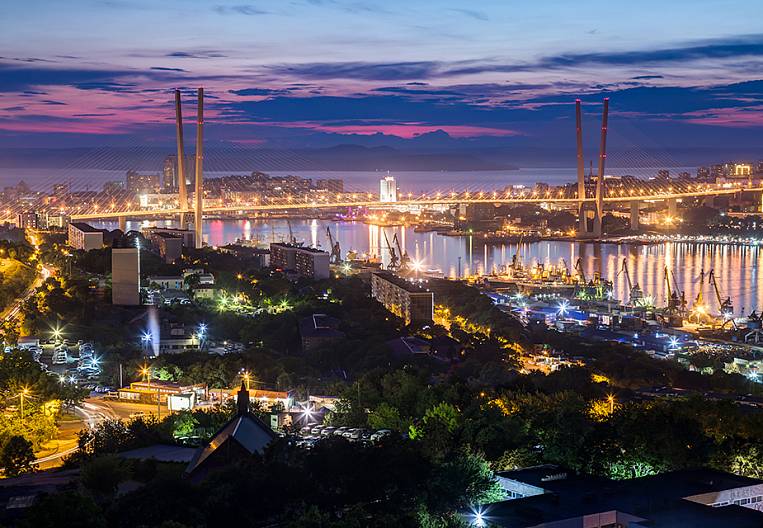 Not far from Korabelnaya Embankment, on Peter the Great Street, there is the Triumphal Arch, executed in the Russian-Byzantine style. The Triumphal Gate was built for the arrival of the Tsarevich Nicholas under the project of military engineer Nikolai Konovalov, both for public funds and for private donations. Arch was a four-sided structure, decorated with various decorative and symbolic elements. The original arch (it was called Nikolaevsk, or the Arc, the gateway) was destroyed in 30-ies of the last century, but in 2003 year it was rebuilt from photographs. The future last emperor of Russia Nikolai Alexandrovich visited Vladivostok in 1891 year as part of a round-the-world trip. In the seaside city - the new naval and trade harbor of Russia in the Pacific - he arrived from Japan.

A little higher along the street, in the Theater Square, is a monument to Vladimir Vysotsky, installed in 2013 year. The poet, singer and artist visited Vladivostok in 1971 year. Here he is remembered and still loved. The poet is depicted sitting with a guitar. A line from the song "Moscow-Odessa" is cut out on the granite: "The closed port of Vladivostok is opened".

Turning from the ship's waterfront to the main and oldest street of the city - Svetlanskaya, you can admire the facades of old buildings of the late XIX - early XX century. The street itself was originally called the American Street - in honor of the steam-ship "America", where in 1859, Count Muraviev-Amursky chose the place for the founding of Vladivostok. Already in 1873, it was renamed Svetlanskaya - in honor of the frigate "Svetlana", at which Vladivostok was visited by Grand Duke Alexei Alexandrovich.

Svetlanskaya crosses the city from west to east, walking parallel to the northern shore of the Golden Horn Bay and performing approximately the same function that Nevsky Prospekt performs in St. Petersburg. Here are the most famous buildings in Vladivostok: hotel "Versailles", Arsenyev Museum, Administration of Primorsky Territory, "green bricks", the cinema "Ussuri" Vladivostok PCG headquarters Siberian Flotilla (later Regional Committee of the Communist Party), the theater named after Gorky, the Presidium of the Far Eastern Branch of Russian Academy of Sciences , Vladivostok Circus. There are monuments to Nevelskoye, merchant marine sailors, various museums, numerous restaurants and cafes.

If from the street Svetlanskaya or square. Muravyov-Amursky to deviate to the right, then you will find yourself on Pushkinskaya Street. Here is the Lutheran Church of St. Paul, the oldest surviving spiritual structure in the city, and even in the unusual for these latitudes Gothic style. Representatives of various religions freely interacted in Vladivostok, founded by immigrants from the first decades of its existence. The well-known Vladivostok architect Georg Yunghendel embodied in the church of St. Paul the classical look of the temple in the style of late Gothic architecture of Northern Europe. The building was built of German bricks brought by the sea; some of them, and today it is possible to make out the inscription: "Ziegelwerk Hans Mueller Saargemuend" (brick factory Hans Muller Zargemyund).

If you move from the church to the right, in the direction from the center, then you can walk to the Volodarsky street, on which the Roman Catholic church is located. Still further, on Makhalin Street, the 30 house, there is St. Nicholas Cathedral - the oldest surviving Orthodox church in Vladivostok. The temple was founded at the beginning of 1907 and was consecrated by the end of the same year.

After visiting this part of the city, climb up the funicular (its lower station is right there, the upper one is on Sukhanov Street). Funicular appeared in Vladivostok in 1962 year as a distant "relative" of the famous American cable cars - running along the hills of San Francisco trams, driven by a cable paved under the pavement.

From the windows of the cable car offers a beautiful view of the bridge across the Golden Horn Bay.
This bridge is one of the five largest cable-stayed bridges in the world. Its length is 2,1 km, and the transport capacity is six lanes. Construction was started in July 2008 year, it is finished - in 2012-m.

Located just above the upper station of the funicular, the main viewing platform of the city - the platform on the Eagle's Nest hill - has long become one of the Vladivostok sights. The panorama opening and breathtaking clearly makes it clear that Vladivostok, which lies on the southern tip of the Muravyev-Amursky peninsula, is surrounded on three sides by the sea - except for the “inner” city bay of the Golden Horn lying far below, the Ussuri and Amur bays and the Bosphorus Vostochny Strait separating the island from the mainland Russian. On the left is a panorama of the city encircling the bay around which it grew, docks and workshops of shipyards, tiny cars hurrying along the branching streets. Strictly on the course - one of the most winning angles of the bridge across the Golden Horn. Just to the right, warships of the Pacific Fleet stopped at the moorings. More to the right is the panorama of the historical center, the sea and railway stations, the quays of the commercial port curving along with the coastline. Finally, quite to the right - the Amur Bay, the fells on its western shore and somewhere far away, but literally in direct line of sight - China, where the sunset sun falls. Even experienced photographers and cameramen are lost here from the abundance of winning angles and views.

If you prefer to return to Svetlanskaya Street, then from here you can go to the Central Square of the city. The central square is the real “solar plexus” of Vladivostok. Svetlanskaya and Okeansky Avenue intersect here, from here you can see the sea and the ships of the Pacific Fleet, railway and maritime stations. The square is called the "Fighters of the Revolution." In 1961, in the middle of the square, an impressive monument to the Fighters for Soviet Power in the Far East was erected, which became the symbol of Vladivostok. Bronze figures on the granite foundation recall the events of the revolutionary 1917 year and the struggle against the interventionists and White Guards in the 1918 – 1922 years.

From the central square go to the street Admiral Fokine - it is also called Arbat. It is relatively short (less than a kilometer), but one of the oldest streets of Vladivostok, the main decoration of which is, of course, the sea.

Moving from cafe to shops, admiring fountains, sitting down on benches, walking pedestrian will not lose sight of it for a minute. The last crossroads (with Pogranichnaya Street) - and Admiral Fokin Street flows into Sportivnaya harbor - another favorite vacation spot for townspeople. There are many restaurants and cafes, where you can watch beautiful sunsets.

What else to see?

Primorsky Aquarium, one of the largest in the world, is located in the northeastern part of Russky Island. The exposition building, stylized as a sink, is a work of architectural and design art. The complex of aquariums of different sizes allows visitors to get acquainted with the life of the inhabitants of Russian waters (Japanese, Okhotsk, Bering Seas, Lake Baikal, the Amur River and Lake Khanka), cold polar seas, warm tropical rivers and seas, as well as the inhabitants of the open expanses of the ocean.

The only gambling zone in the Far East is located in Muravyinaya Bay, a 40-minute drive from Vladivostok. The Tigre de Cristal Casino with a five-star hotel is already open to visitors from all over the world. In the near future, several more casinos, hotel, restaurant and shopping complexes will be built nearby. A large-scale project is underway.

The Far Eastern scene of the Mariinsky Theater

The theater building was built in 2013 using a detailed acoustic design and state-of-the-art technology. The theater is unique in terms of technical equipment: the building has three underground and seven aboveground floors, 14 elevators, including two freight ones. The large hall is shaped like a horseshoe; its capacity is 1580 seats. Each spectator chair is equipped with an individual air conditioning system. The Small Hall hosts chamber music concerts and small ballet performances; the maximum capacity of this hall is 312 seats. 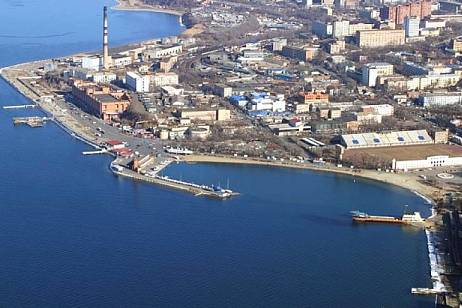 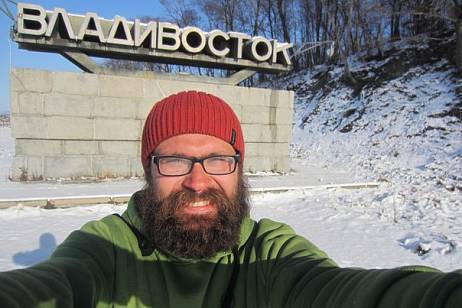