Transport as a pledge of development 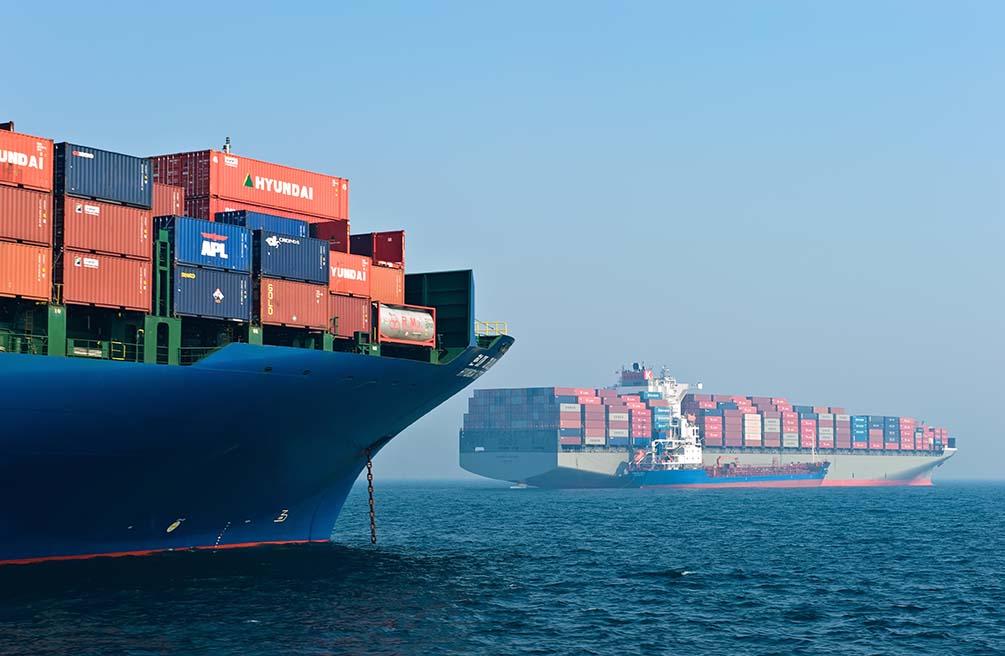 The ability to provide transport and logistics opportunities to foreign companies is a serious challenge for the domestic industry, which, however, opens great prospects for the development of the whole country and the Far East in particular.

The proximity to the countries of the Asia-Pacific region and China, one of the main foreign trade partners of Russia, gives the Far East unique logistical advantages. Due to its geographic location, the Far East traditionally plays the role of a transit region in Russia, and also gradually increases its own exports. However, at the moment, not all of its capabilities are used due to insufficiently developed transport infrastructure. At the same time, over the past few years in the Far East, if not a logistic boom, then there has been a significant increase in the number of projects related to the development of transport and warehouse logistics. This regime is facilitated by the regimes of the territories of advanced development, free ports, as well as other projects initiated by the federal center and regional authorities.

The freight turnover statistics of Far Eastern ports and railways clearly demonstrate the important and growing role of the macro-region in the all-Russian logistic flow. Now the Far Eastern Railway accounts for 36% of export cargo from the entire railway network of the country, whereas 10 years ago this figure was equal to 22%. In the first half of 2016 of the year, loading at Far Eastern Railways amounted to 23,8 mln. Tons, which is 2,4% lower than the same period last year, and corresponds to the all-Russian trends. However, the turnover of the Far Eastern Railways in the first half of the year nevertheless increased - up to 95,3 billion tariff ton-km (+ 6% compared to the same period), cargo turnover taking into account the empty carriage mileage - up to 124,7 billion ton-km (+ 6%) .

The freight turnover of the ports of the Far-Eastern basin shows good dynamics, which is about 26,37% of the total cargo turnover of Russian ports. According to the results of the first half of the year, the ports of the Far East showed an increase in cargo turnover by 2016% to 9,5 million tons, of which the dry cargo handling volume amounted to 90,88 million tons (+ 53,7%), liquid cargo - 15 million tons (+ 37,1 %). At the same time, all the main ports of the Far Eastern Basin show an increase in transshipment. The largest volume of cargo turnover was recorded at the port Vostochny in Primorye (2,3 million tons, increase + 33%), followed by Vanino in Khabarovsk Territory (2,9 million tons + 15,2%) and two more ports of Primorye - Nakhodka (13,9 mln. + 11,8%) and Vladivostok (15,7 million tons, + 6,9%). A special role in the Far East is played by the Kozmino terminal (part of the Vostochny Port), which became the most important oil export port on the Pacific coast of Russia, at the end point of the Eastern Siberia-Pacific Ocean oil pipeline. Through this port, the Chinese side continues to carry out the bulk of Russian oil purchases. At the same time, many ports are being modernized, which will increase their throughput and increase cargo turnover.

The most important priority in the development of transport infrastructure at the moment is the establishment of communication between the territories of the Far East and northeast China.

The most important and ambitious project was the creation of international transport corridors "Primorye-1" and "Primorye-2". The corridor "Primorje-1" connects Chinese Harbin, the capital of Heilongjiang Province with Russian ports Vladivostok, Nakhodka and Vostochny in the Primorsky Territory. "Primorye-2" is a route from the border town of China to Hunchun to the nearby Russian ports Posiet and Zarubino. The project requires serious modernization of the port of Zarubino, in connection with which the group "Sum" of the "Bolshoy Zarubino" project began, in which an investment of more than 200 billion rubles is planned. It is assumed that Zarubino will be used for the transit of goods from the northeastern provinces to the eastern and southern regions of China.

The construction of transport corridors will allow Primorsky Krai and the Far East as a whole to gain competitive advantages in the market of international transit traffic, and also contribute to the development of domestic transportation. It is assumed that by 2030 the cargo turnover of the Primorie-1 and Primorje-2 corridors can reach 45 million tons, of which 23 million tons are grain, soybean, corn, and the remaining 22 million tons are containers. In addition, the federal authorities came up with the idea of ​​building a hyper-high-speed transport system Hyperloop between the port of Zarubino and the border of China. Recently, the Ministry of Transport of China supported this idea, so the emergence of "hyper-pipelines" in the "Primorye-2" seems a realistic project that will further increase the efficiency of the transport corridor.

Another important infrastructure project that has finally entered the implementation stage is the construction of bridge crossings across the Amur River between Russia and China. One of them will connect the city of Tongjiang in the Chinese province of Heilongjiang and the Russian port of Nizhneleninskoye in the Jewish Autonomous Region. At the same time, China has already built its part of the bridge, and the Russian side plans to complete its construction by the beginning of summer 2018. This bridge is necessary for the export supplies of iron ore concentrate from the Kimkano-Sutarsky mining and processing plant, the largest mining enterprise in the EAO, which will reach its design capacity in the coming years. In the Amur Region, a road bridge project is being implemented that will connect Blagoveshchensk and Heihe in China. For the first time they started talking about this project in 2011, but only recently a concession agreement was signed, according to which the bridge should be built in three years - by 2019. The construction of this bridge contributes to the strengthening of trade and economic ties of border areas, as well as the development of tourism, which the Amur Region intends to stake on.

Separately it is worth noting the development of the Northern Sea Route. Every year, the freight through the NSR increases, and if in 2013 the freight turnover was 2,6 million tons, then in 2015 year it doubled to 5,43 million tons. The main advantage of the NSR is a considerable time saving compared, for example, with the popular route Shanghai-Rotterdam.

Although the NSR, due to the difficult climatic conditions, can hardly compete with the Suez Canal and attract a large number of foreign companies, this route has many advantages for domestic transportation - from short delivery times to supplying remote northern territories and the development of the Arctic as a whole, to which in recent years has placed a special stake on the Russian government. The federal authorities, together with think tanks, are preparing a concept for the development of the NSR, which will be presented at the Eastern Economic Forum this year.

Thus, the SMP is another important logistic vector of the Far East, which accounts for the least developed and used half of it. However, the existing development plans of the eastern part of the Northern Sea Route and, in particular, the transformation of Petropavlovsk-Kamchatsky into a powerful port complex, which is the eastern gateway of the Northern Sea Route, can change this situation.

In turn, the development of warehouse logistics contributes to the use of the mechanisms of free ports and territories of advanced development. Special attention should be paid to the introduction of a new for Russia regime of free ports, which are designed to create favorable financial opportunities for investors operating in the most important seaports of the Far East.

Of the 52 companies that became residents of the Free Port of Vladivostok, 18% focused on logistics projects. This indicator is significant, although within the framework of the port-franco the share of logistics enterprises could be higher (projects in the industrial sector are still more popular and amount to 39% of all residents). Separately, it is worth highlighting the largest project - Aviapolis Yankovsky (investments - 1 billion rubles), which has an area of ​​storage space more than 92 ha.

Primorsky Krai remains the leader in the development of warehouse infrastructure in the macroregion. However, the current spread of the port-free regime to the ports of Vanino in the Khabarovsk Territory, Korsakov in the Sakhalin Region, Petropavlovsk-Kamchatsky in the Kamchatka Territory and Pevek in Chukotka contributes to the further development of the logistics system of the Far East and attracting investment in the respective ports. Thereby, a core network of free ports is formed, capturing almost all the coastal regions of the Far East. So far from these ports, the port of Vanino has the greatest potential, for which 15 residents are already interested, offering a total investment of 70 billion rubles. Recall that Vanino is also the end point of the Baikal-Amur Mainline; in this port complex, new terminals are being built, intended mainly for the export of Yakut coal.

Thus, the logistics sphere in the Far East is currently on the rise and at the same time is developing in two directions - transport and storage. The implementation of logistics projects will be one of the drivers of the economy of the Far East, promoting closer integration of Russia with China and other countries of the Asia-Pacific region. The creation of transport corridors and cross-border bridges, as well as warehouse infrastructure, makes it possible in fact to create a single economic space in northeastern China and in the southern part of the Russian Far East. The main logistics hub at the moment is the Primorsky Territory, however, in the conditions of implementing projects of free ports and territories of priority development, other regions also have the potential, especially in the Khabarovsk Territory. Taking into account all announced initiatives, the Far East has a chance to become the largest transport and logistics hub of the country. 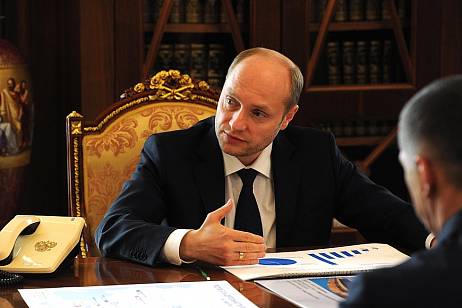 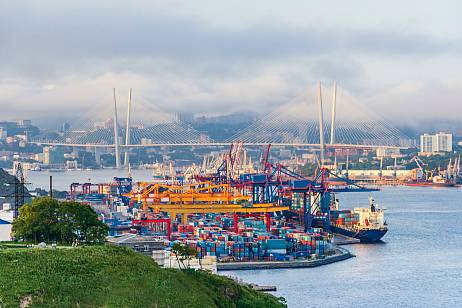