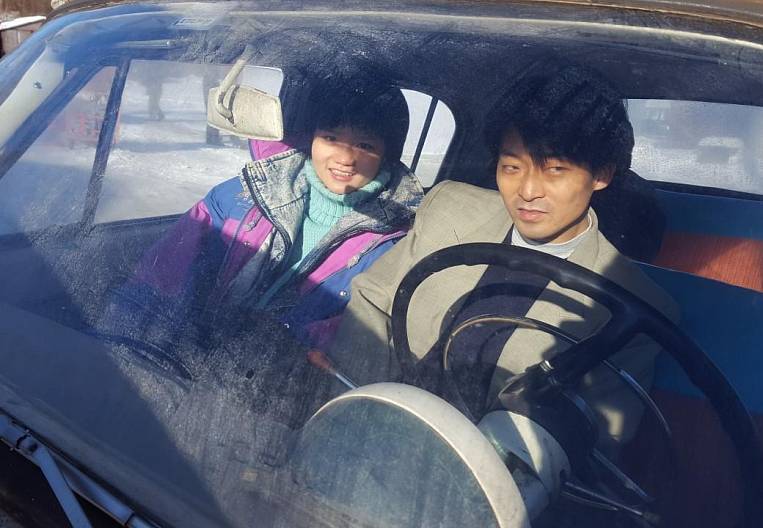 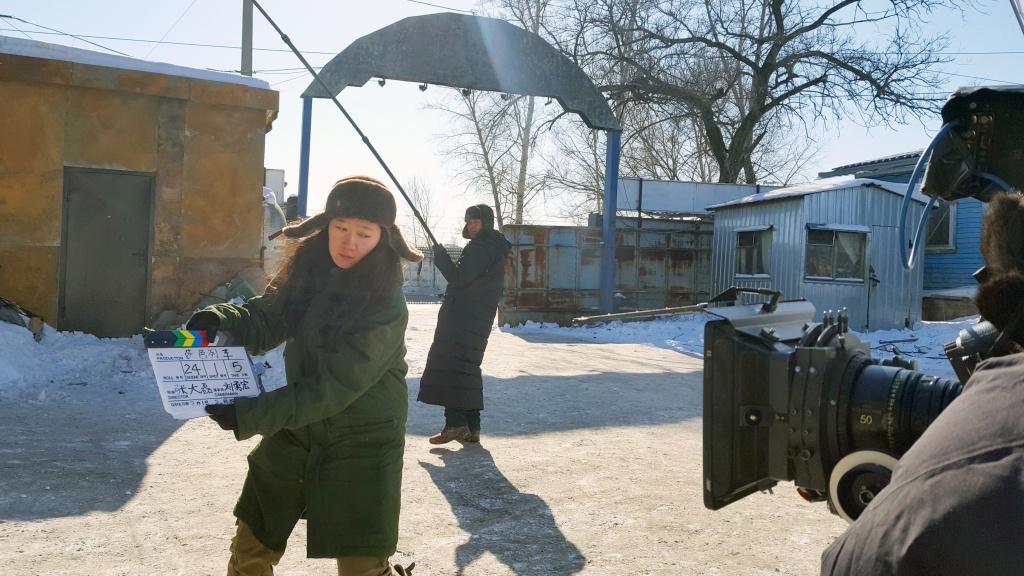 The first location is a car repair shop on the outskirts of Khabarovsk. Decorators have already dropped it in the 70s: they have hidden siding and modern cars. The film crew from China is freezing, the director smashes the dishes on the tripod. No hysterics: this is a Chinese ritual on the day of the "motor". The plate shattered to smithereens exactly at 11.18 (number one is pronounced as "yao", this is consonant with the word "must", "to be", eight is "ba", consonant with "fa", the hieroglyph for dawn, wealth). The scent of incense spreads over the February snow. They decided not to take the sacrificial pig's head, a frequent companion of the traditional ritual on the first day of filming. 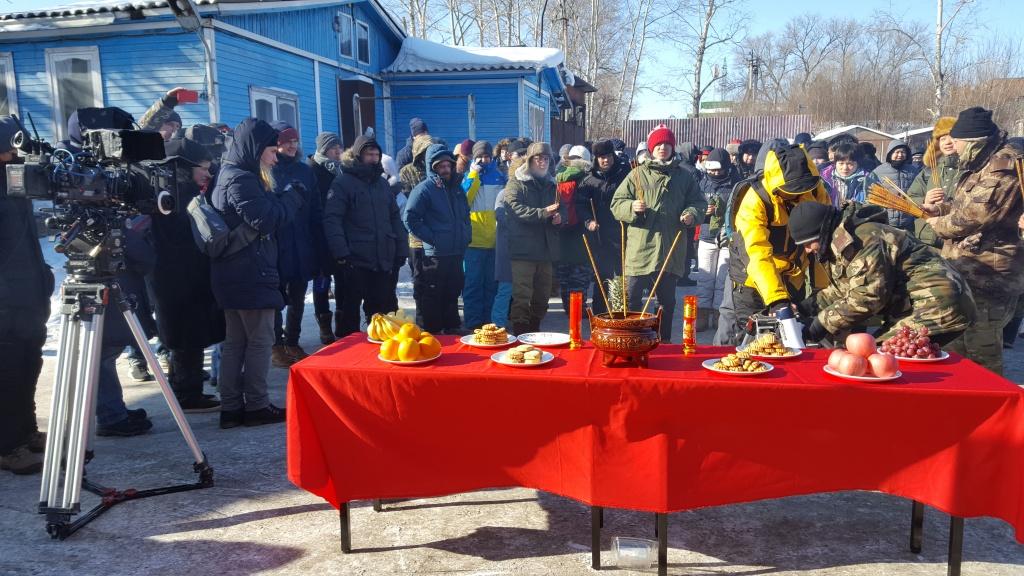 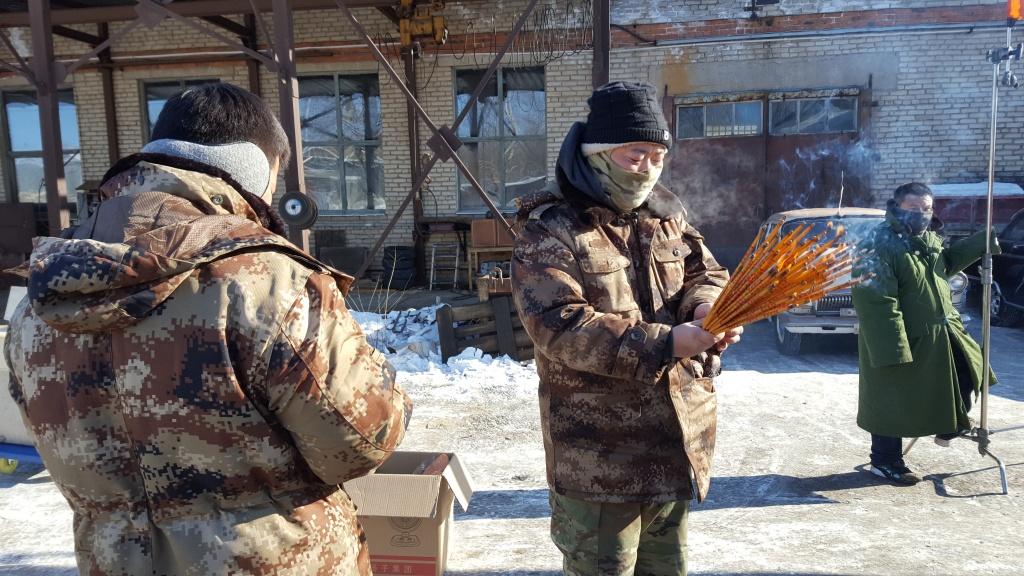 - Now there will be a fight of the friend of the main hero Xiao Wei, he will be beaten by bandits, and he will then go to the hospital. This is 70-e, Soviet timelessness. The genre is a drama about a man who had a temporary leap in his life, he was transferred from the past to his time in the Khrushchov time by the time machine, and realized that everything had changed, his house ceased to exist, his beloved, which he throughout the whole film will be seek, and ultimately find ... oh, this spoiler is already saying, shh, - stopped himself in conversation with East Russia Denis Usenko, director of the production of the film "Blue Train", the linear producer of the company "Russian Film Group".

According to the script, the main character and his friends are working in the auto repair shop. Cars on the set - also with a retro prefix, with all that it implies. Take after take samples of the Soviet car industry stall on the rise and out of the blue. 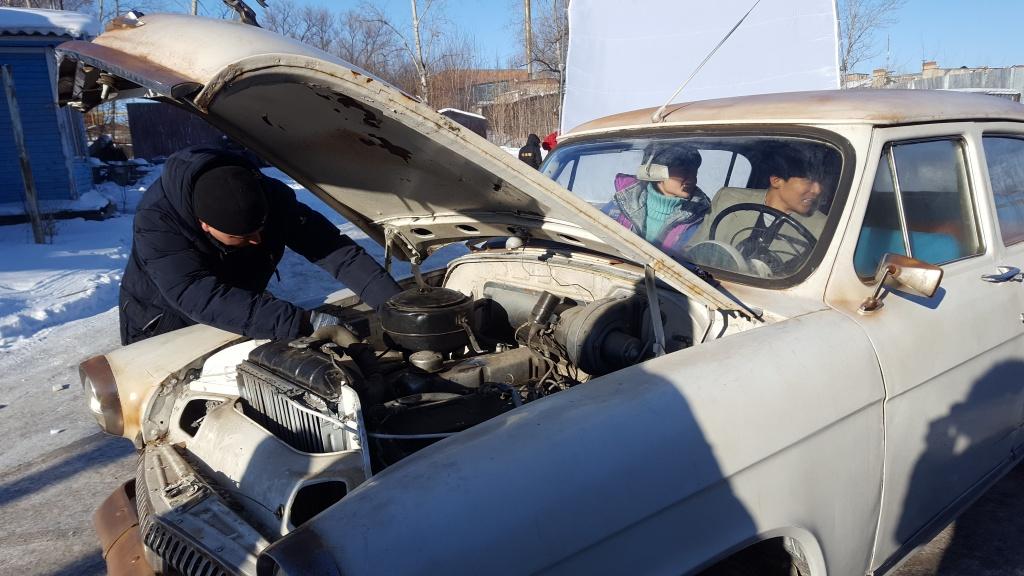 - We came to the site early in the morning, our legs-hands did not obey, everything froze, but everything went smoothly! My concentration on my hero, on the shooting process, helps me. My hero - he's so handsome, fashionable, because when you get used to the role, you do not think about the cold anymore, - told by actor Zhang Ning Hao (friend of the protagonist in the movie "Blue Train").

The Chinese on the set are mostly non-Khabarovsk, "imported" - 18 actors, selected by casting and narrowly specialized specialists, total 80 people. The four Chinese "hooligans", who now and then get warmed by the stove, came to Khabarovsk PI TOUG exchange. 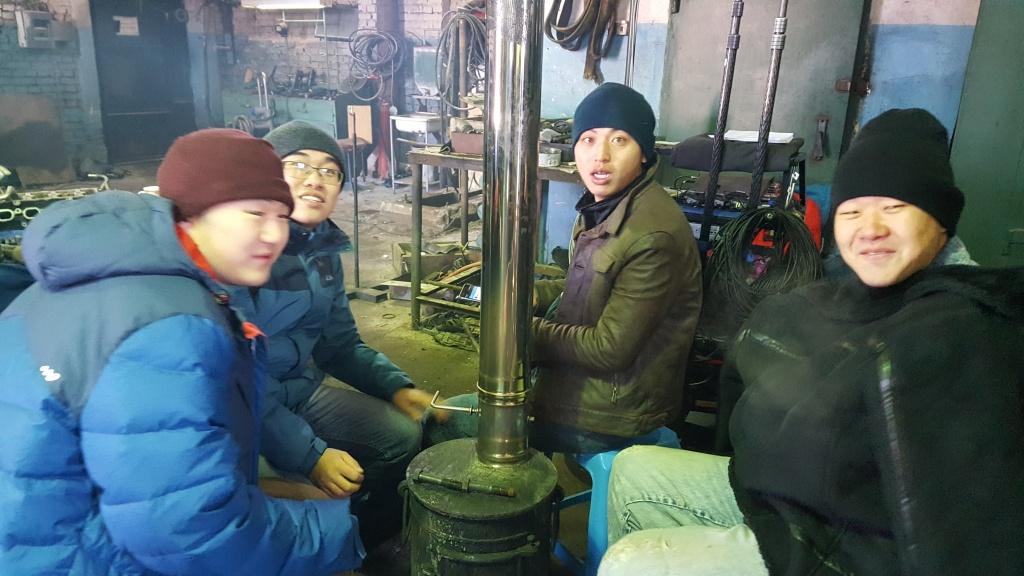 A higher rank mafia player is played by a blue-eyed Russian, who in Russian is not gu-gu. We communicate through an interpreter. Dong Te Shen's great-grandfather crossed the Russian-Chinese border of Blagoveshchensk-Heihe on ice in 1926. 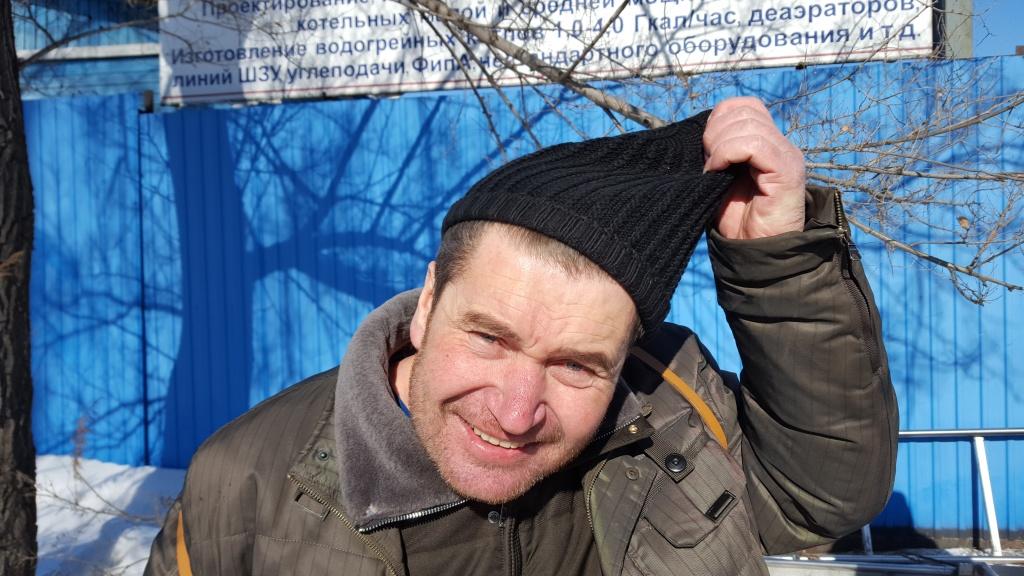 - In China, I belong to the Russian diaspora, and there are more than 10 thousand people like me! But many of ours no longer look like Russians, because there is a mixture of bloods, marriages with Chinese, while my whole family is Russian. I play the bad guy, I am the bad guy. In general, I am a non-professional actor, at home, in China, I am engaged in agriculture, - shared with East Russia Don De Shen.

Young, but already titled director of the film "Blue Train" Gian Da Lei speaks in Russian, on the contrary, almost free. In 2006, he graduated from St. Petersburg State University of Cinema and Television, for the film "The Summer Is Gone" received the prestigious award in Asia - the Golden Horse Awards. In his piggy bank, the Jury Prize at the Beijing International Film Festival, the Young Director award from the Chinese Film Association, and others. The Blue Train is the Chinese version of our Blue Car from the Cheburashka and the Crocodile Gena cartoon. Under the scenario, the protagonist spent 20 years for an accidental crime, and on a blue train returns to his youth to find the first love. 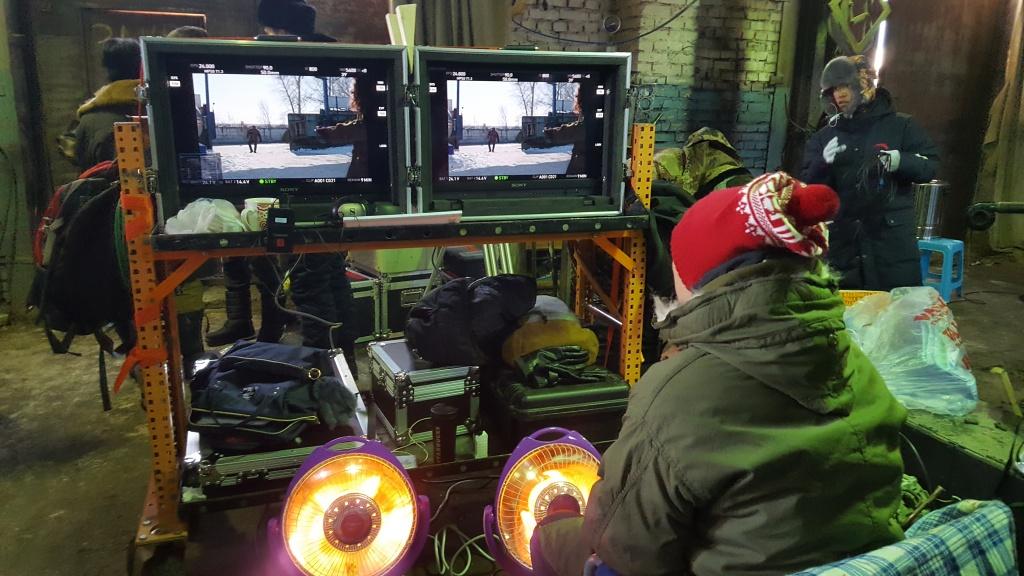 - With a tablecloth, a tablecloth, the long journey creeps in (sings). I heard the song "Blue Wagon" when I was 6 years old. In China there was another translation, more patriotic, about how we all are going to a brighter future. Later, already an adult, a friend from Russia showed me a cartoon about Cheburashka. This is a very bright feeling, I would like to pass it through the film! I'm probably an idealist. The protagonist Ma Biao is on the train will come back, - says Jan Da Lei, director of the film "The Blue Train". 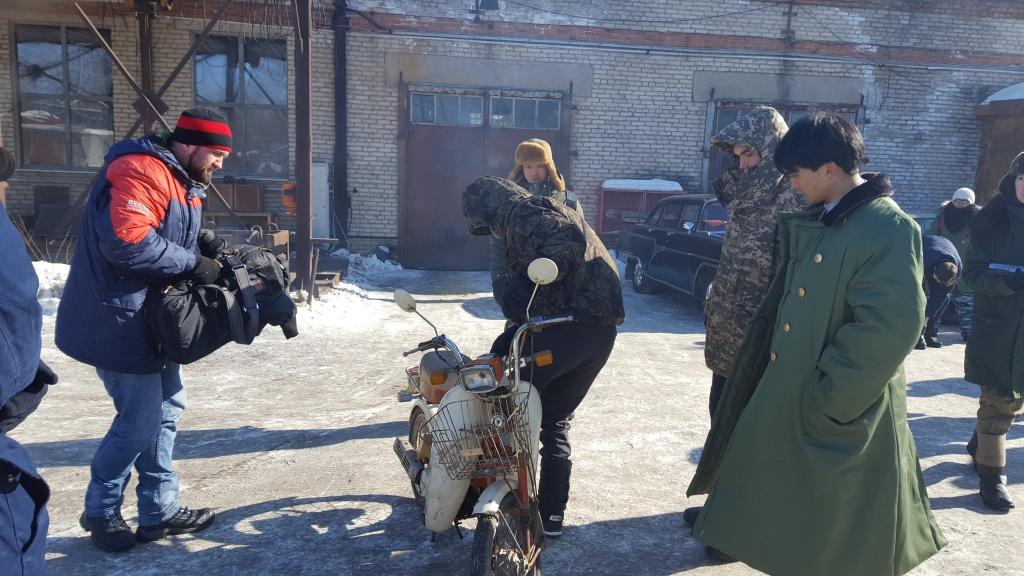 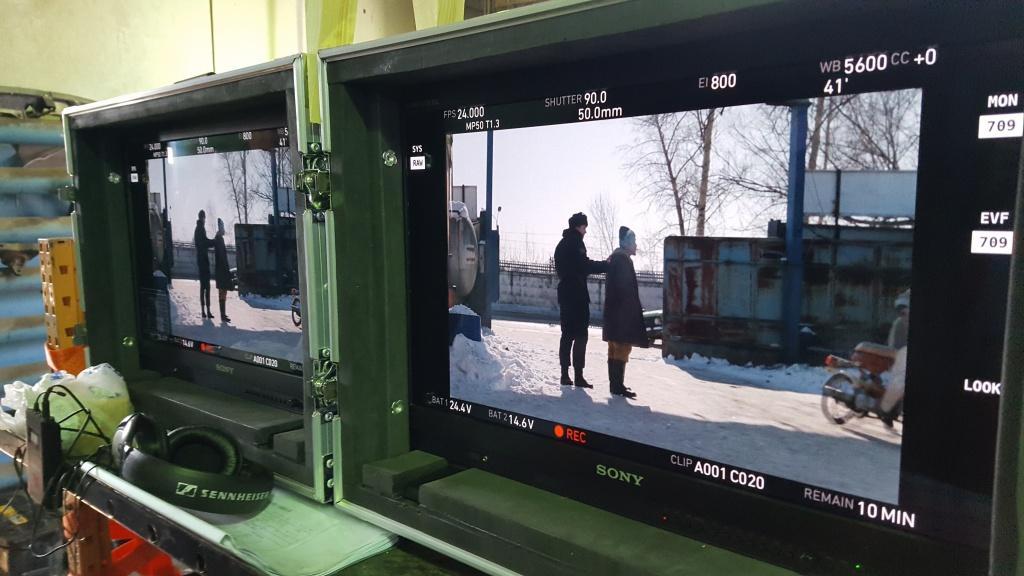 In the coming month, the "Blue Train" will ride through the Industrial District, the Central and Multi-District markets, KrasnoRechenskaya Street and one of the tram stops in Khabarovsk. There will also appear "timeыe failures "and the Chinese in outfits, as from a grandmother's chest. Props for filming - clothes, old furniture, telephones, gramophones, movie cameras, stoves - have been collected for months. Air conditioners will be disguised with special boxes, advertising signs will be closed or temporarily dismantled. Although in some places this is not required: for example, the fifth site microdistrict in 2018 turned out to be "almost authentic of that era." It remains to hang a huge poster with Yuri Gagarin, and temporarily remove new cars from the streets. Dubs will be filmed in 3-5 minutes, there will be no collapse, they promise at the cinema kitchen. 15 March in Khabarovsk specially comes tribute band "Sun Days", at a concert which, under the songs of Viktor Tsoi will be removed one of the scenes of the Sino-Russian drama.

And yet, why Khabarovsk? 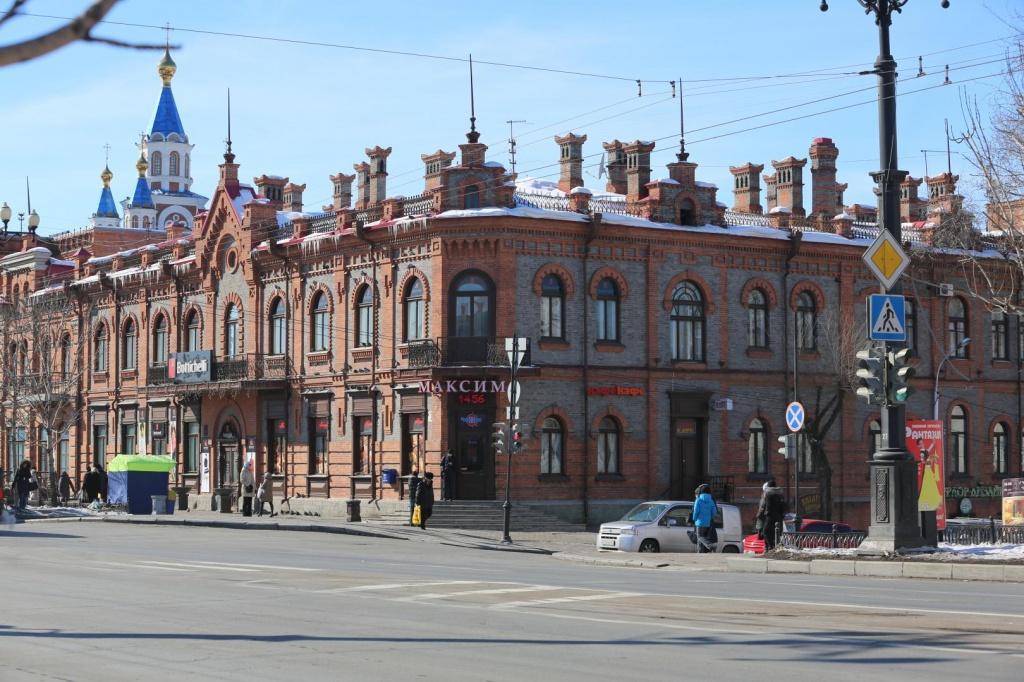 - A lot of old architecture has been preserved in Khabarovsk, more historical buildings than in other places that we saw. I really liked the people who live here, they are very simple, straightforward, this also fits our film. We have many difficulties. We have been putting together a team for a year now. When we first arrived in Khabarovsk, we drove to different locations, pasted announcements that we were collecting and redeeming old props and clothes. To make friends with the residents, and many of us do not speak Russian well, we bought sweets for children, bread to feed the pigeons with the residents. Props for the movie we also bought in China in the markets. Our director is a collector, he has a lot of old clothes, he studied the issue from the historical point of view in advance. As for the difference from Hollywood cinema, we do not have this industry, but the author's cinema, which has more to do with art, - the producer of the film "Blue Train" Zhang Jian is sure.

The premiere of the feature film "Blue Train" is scheduled for 2019. The budget of the painting is ¥ 20 million. Until March 1, the film group asks the residents of Khabarovsk to help with the wardrobe of the 70s and 80s, especially the upper ones. Please send photos of clothes to watsapp number +79242298169. Also, locals of all ages are invited take part in extras.