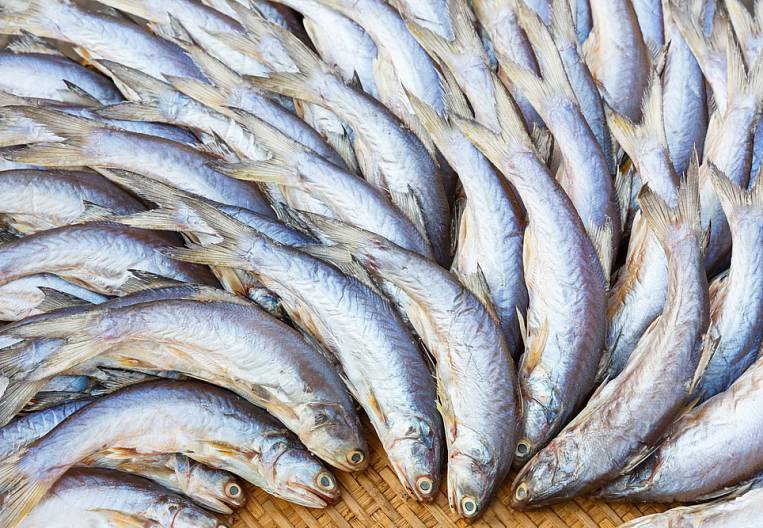 Despite the excellent performance, 2014-th became very difficult for the fishing industry of Kamchatka. However, after long months of struggle with the supervisory authorities, complaints and court decisions, a federal law was issued that provides for the notification procedure for the crossing of the state border by fishing vessels.

By the end of 2014, the regional enterprises of Kamchatka produced about 890 thousand tons of fish products. This is the best indicator among all the subjects of the country. The peninsula managed to maintain its leading position in terms of the volume of investments attracted to coastal processing. Summing up the results of the past year, Vladimir Galitsyn, Deputy Chairman of the Regional Government, Minister of Fisheries of Kamchatka, spoke about this. According to him, over the past few years, 17 investment projects have already been implemented in the region, 3 of which in 2014.

“These are mainly projects in the field of onshore processing. In recent years, the total investment in the fishing industry in Kamchatka has exceeded RUB 13 billion. This is the best indicator in the Russian Federation, - said Vladimir Galitsyn. - The implementation of the two largest investment projects for the construction and modernization of the factories of Vostochny Bereg LLC and Ozernovsky RKZ continues with an investment volume of 1 billion and 1,2 billion rubles, respectively. Once again, Kamchatka showed the best result in Russia, being the leader in terms of catch in our country for the sixth year. If in 2013 development amounted to 873 thousand tons (132,5 thousand tons only for salmon species), then by the end of 2014 it will amount to about 890 thousand tons (135,5 thousand tons for salmon). I hope that while maintaining the achieved rates of renewal of onshore processing plants, renewal and modernization of the fleet, we will be able to work more efficiently next year. "

Despite the good performance, last year was very difficult for the fisheries complex of Kamchatka. Due to administrative barriers and multi-million dollar fines for formal violations, many companies had to think about survival. However, the end of the year still made a positive.

The State Duma adopted a bill providing for a notification procedure for repeated crossing of the state border of the Russian Federation by vessels for the purpose of merchant shipping, including vessels whose activities are related to fishing.

According to Vladimir Galitsyn, for the fishery complex of not only the Far East, but the whole country, this was the most significant event. The Minister of Fisheries recalled that the matter with the adoption of the law had moved from the dead center after the days of the Kamchatka Territory in the Federation Council. There, the Kamchatka delegation once again told the whole country about the problems of our fishermen. The amounts of fines and losses shocked even the most reserved senators. The speaker of the Federation Council, Valentina Matvienko, then assured the governor of an early resolution of the problem. Contrary to popular belief, the adoption of the law was not far off. Already on the eve of the large-scale pollock Putin many industrialists breathed a sigh of relief.

State Duma Deputy Irina Yarovaya and Senator Viktor Ozerov were the authors of the bill. The amendment to the 19th part of the 9th article of the law "On the state border of the Russian Federation" has been awaited for a long time.

“Simplification of this procedure will significantly increase the economic effect of the economic activities of fishermen,” said State Duma deputy Irina Yarovaya. - Today the situation looks ridiculous when a vessel must interrupt fishing and return to port to unload fish. This cannot be done, as a result of which companies incur huge additional financial costs. Moreover, the current situation puts conscientious fishing companies in the rank of delinquents.

The cry from the soul of Kamchatka fishermen was heard in Moscow, and work began on the mistakes that cost the industry a heart attack, hit hard on the regional budget, and gave the border guards a powerful tool for knocking out monetary fines.

The fishermen felt the tangible pressure of the regulatory authorities when the scandalous decree of the Government of the Russian Federation No. 560 "On obtaining permission to repeatedly cross the state border of the Russian Federation by Russian fishing vessels fishing for aquatic biological resources in internal sea waters, in the territorial sea, in the exclusive economic zone and (or) on the continental shelf of the Russian Federation, and on the exercise of control over the said fishing vessels. " Kamchatka border guards have been waving this "club" since September 5, 2007. In addition to the direct ones, they assumed the functions of customs, quarantine and sanitary, law enforcement agencies. The situation worsened at times when an ill-fated amendment was adopted last year, prohibiting fishermen from repeatedly crossing the state border without permission. For a single violation of one steamer, the entire enterprise could be deprived of the right to fish for a year. 30 steamers were banned from operating for a whole year because the border guards, for some reason, did not accept the notification, although it was noted in the logbook. This is exactly what happened with the "People of the North" company.

Last year, the following happened: the transport vessel Okeanrybflot, en route to the port of Petropavlovsk, got into a hurricane wind in the Kuril region. The captain decided to hide from the storm behind the islands. What was the ship punished for? Rescue of the crew is the direct duty of the captain, his duty according to the charter and conscience. Nevertheless, Okeanrybflot, together with the captain, wrote more than a dozen sheets of explanatory notes, answering the question: "Who allowed you to cross the border?"

68 (!) Protocols on the illegal crossing of the state border were filed on the ships of Alexander Litvinenko, a fishing merchant.

The fishing industry met the bill with approval. Alexander Litvinenko, General Director of Tymlatsky Rybokombinat LLC, considers it “positive that the draft federal law proposes to establish uniform requirements for vessels crossing the state border fishing in the exclusive economic zone and / or on the continental shelf, and other Russian vessels sailing between ports or sea terminals of the country ”.

“This can be adequately appreciated by the entire fishing community only if a simplified procedure for crossing the state border by simply notifying the border authorities is provided,” he said. - We, fishermen of the Far East, do not need an analogue of the current Government Decree No. 560, which only complicates the situation. There is no need for regular rules providing for a permitting procedure. "

According to him, “the position voiced by President V.V. Putin, in his address to the Federal Assembly, should exclude the creation of additional barriers for business. In this regard, I sincerely hope that the legislature will create normal, simplified conditions for fishermen for the operation of Russian fishing vessels. " Removing the existing barrier will help to solve a number of tasks to ensure food security of the population of the Russian Federation and will protect the positions of Russian producers in fish markets.

“Our company provides services for the transportation of frozen fish. On the way from Kamchatka to Vladivostok, transport refrigerators willy-nilly cross the state border 4 times. The border guards persistently say that we are fishermen and, leaving for Vladivostok, we must either close the border in the usual way, or use the 560th resolution. But to do this, it is necessary to be the owner of quotas, as you know, a transport refrigerator has no quotas. It is also not possible to "close" in the usual manner and go to the capital of Primorye: we are bringing Russian fish to the Russian market. Border guards say: "If you have declared leaving the border, be so kind - pay customs duty for the cargo." The fisherman who receives the service answers: “I don’t want to pay, I’m bringing fish from Russia to Russia”. And he's right.

For other vessels, for example, container ships, a notification procedure is provided. You walk on the sea, when crossing the border, the captain sent a telegram to the border guards, and his actions are legal. Such as a transport refrigerator, the border guards proved in court that they are fishermen, even if they do not fish. And for this category, a declarative procedure is provided. During the period while this leapfrog lasted, the border guards "drew" us nine million fines. (Moreover, cases have been initiated against the company, seven protocols on administrative violations of December 31, 2013 on the events of November 2013. It was as if the border guards in a Stakhanovian way carried out and exceeded the plan on New Year's Eve. - Note. Auth.) ", - he explained his position.

“I have only positive emotions from the news of the adoption of the amendment - a serious problem for fishermen, transport workers will disappear ... The local authorities have done a lot to change the situation, the Minister of Fisheries of the Territory Vladimir Galitsyn wrote wherever he did not, who only pulled. On the other hand, it took the federal authorities a long time to amend the unfair and wrong law, ”summed up Yevgeny Efimenko.

Published in the "Fisherman of Kamchatka" newspaper.

EastRussia.ru - information partner of the publication.