In a state of permanent environmental disaster

Regularly in the waters of the Primorsky Territory, border guards massively detain North Korean fishermen. This fall, an armed conflict occurred, as a result of which there were wounded and dead. The problem has reached the level of the Russian Ministry of Foreign Affairs. Igor Katin, a researcher at the Far Eastern Marine Biosphere Reserve, spoke about the danger of North Korean poachers to the inhabitants of the Sea of ​​Japan in an interview with EastRussia. 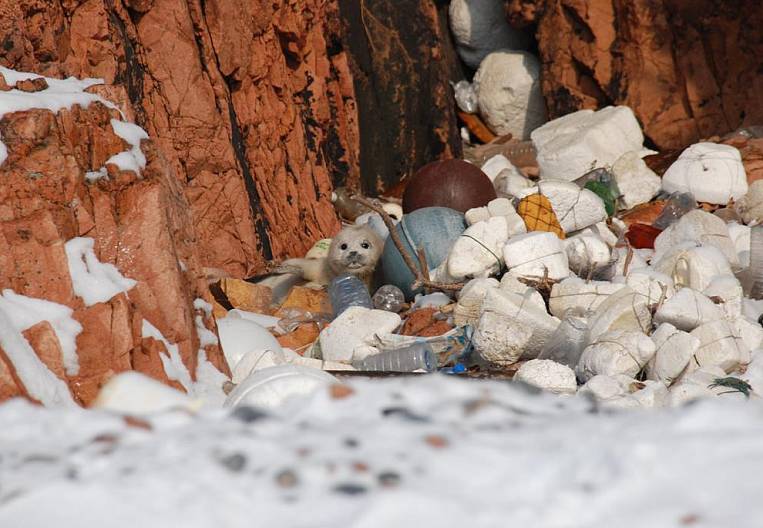 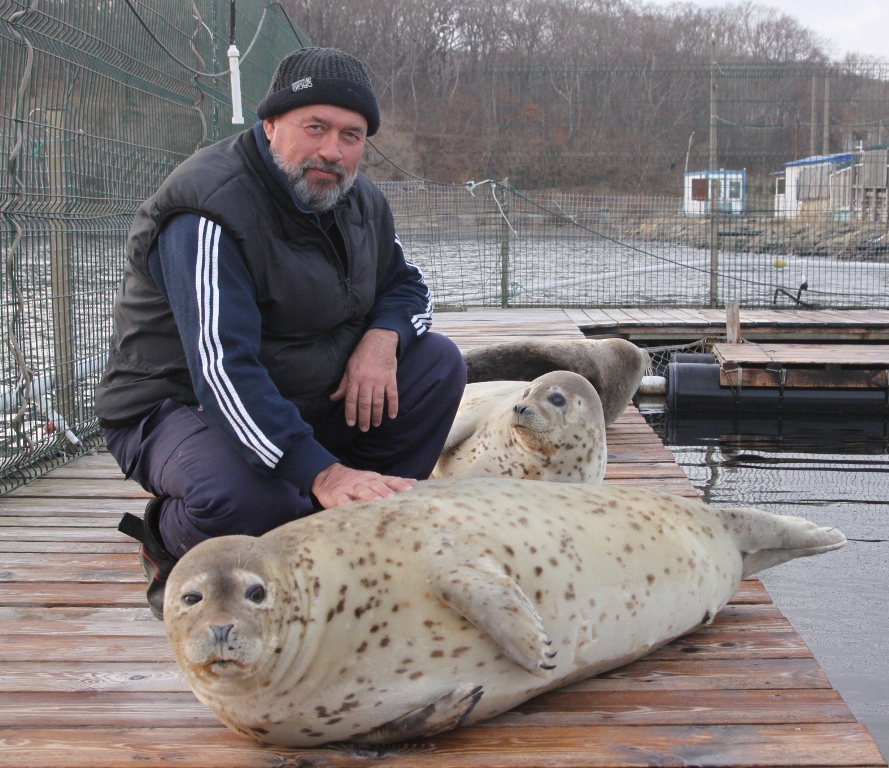 - How urgent is the problem of the "invasion" of North Korean poachers now?

- North Koreans regularly fish on small borders of ten-meter wooden vessels at the border, enter Russian territorial waters, including the Far Eastern Marine Reserve. On satellite images we see a lot of ships, sometimes their number exceeds one thousand units per ten thousand square meters. km, and the density reaches up to ten ships per square. a mile.

The harm from the North Koreans is not that they catch squid or fish. The garbage left by poachers over the past 10-15 years has become a real disaster for the continental part of the Sea of ​​Japan. We are talking about abandoned craft and industrial production floats and scraps of gear. It is these wastes that make up the majority of all marine debris found in the Far Eastern Marine Reserve. 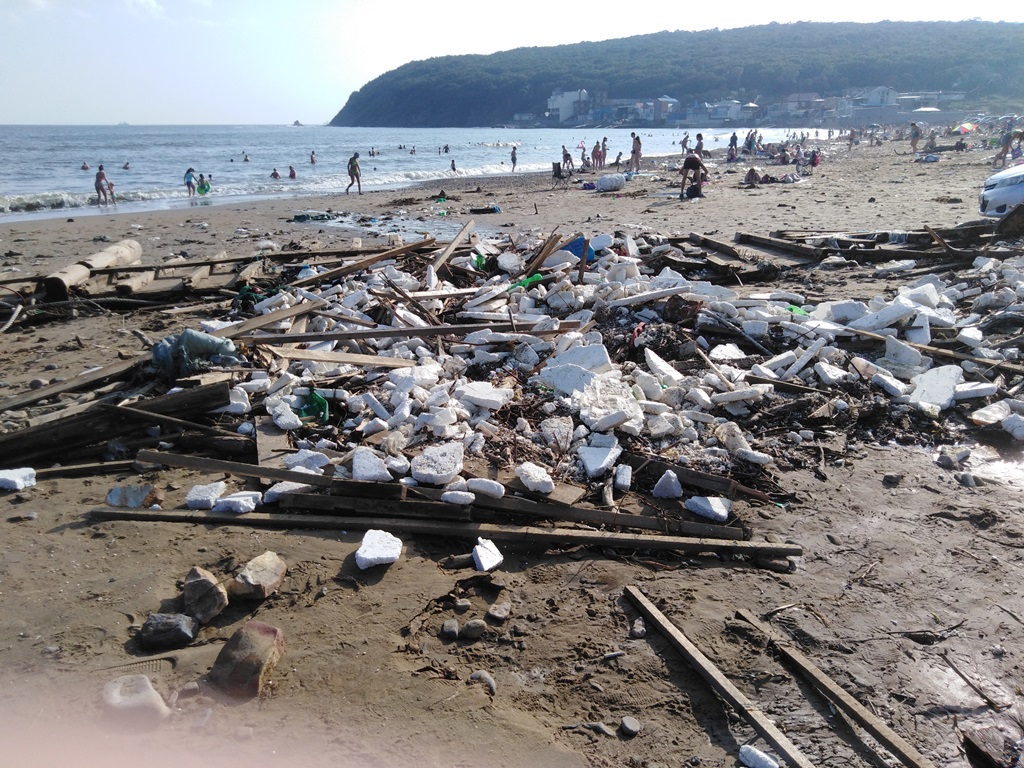 - What poses the greatest danger to the water area and its inhabitants?

- The main danger is their monstrous fishing gear. Each schooner puts at a time km or more disposable nets. After the Koreans take the catch, they stoke or throw the net. Especially for this, they take on board stones that are used as anchors. Disposal of networks does not occur, they are not taken back to the DPRK. This fact is established and confirmed. How many networks are installed - no one controls.

To understand the scale of what is happening, I will give the numbers. If in one image we see simultaneously up to 3, 5 thousand mining barges, and each of them puts more than one km of networks, then at the same time 3-3,5 thousand km of networks is put. For comparison: the equator is up to 40 thousand km. You can encircle the Earth with these networks several times already.

- How are these networks arranged?

- Networks of poachers from kapron, they are very thin, like a web. You take it with your hand, and she catches for the roughness of the skin, for her hair - like a cobweb clings to everything. It is easy to break it with your hand, but when two layers, then it is more difficult to do, when three is even more difficult. I found seals, a dolphin, a guinea pig that weighs 250 kg, and a Pacific herring shark weighing 300 kg in such nets. Despite their mass, they get entangled in it and cannot break out.

- How can we assess the harm caused by their actions to the Sea of ​​Japan?

- In fact, we are in a state of permanent environmental disaster. But we can only evaluate the potential harm, because the nets left behind, mammals, fish, and mollusks killed in them are not counted.

In the journal "Theoretical and Applied Ecology" this year, under my co-authorship, an article was published entitled "The Impact of Marine Litter on the Habitat of Pinnipeds in the Sea of ​​Japan". It cites facts that prove that nets and debris left by poachers can lead to a reduction in the size of the largha population in Peter the Great Bay of Primorsky Krai to a critical level. But this is only a small part of the problem. 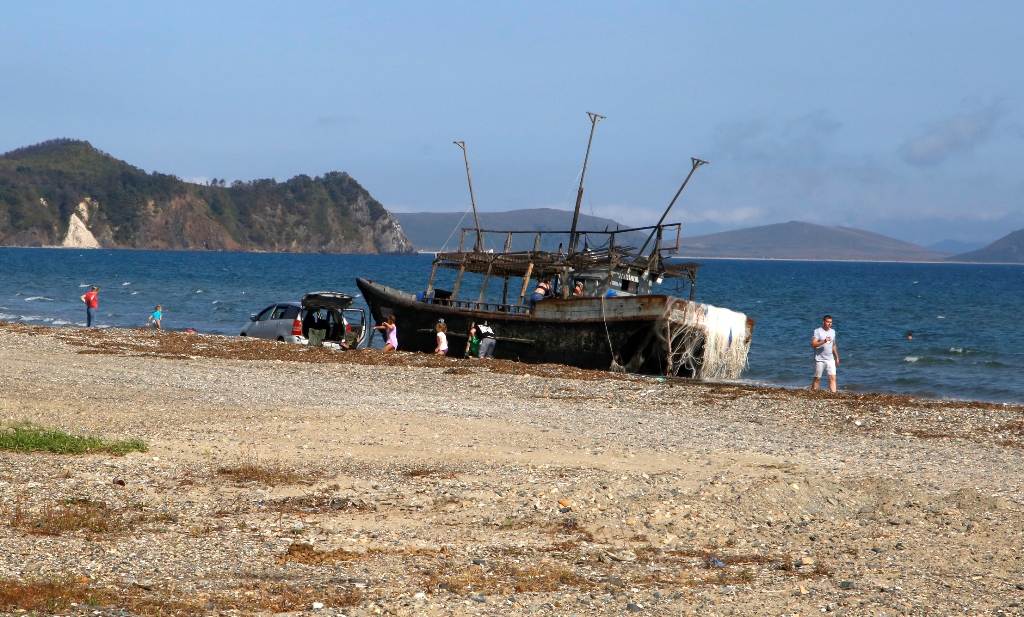 - What exactly can undermine the population?

- The most harmful litter that pinnipeds encounter is fishing nets. Seals are endangered by contact with them both in water and on shore. When a piece of net is relatively small, the animal can move with it for a long time. If a seal gets entangled in water in a sufficiently large fragment of the net and cannot be quickly released, then it will certainly drown. Moving along the coast, the largha can also become entangled in snippets of nets and it is usually impossible to get free from it.

Also, animals swallow plastic. We found a hut with a swallowed, twisted into a harness fishing net. The total length of the network fragment was 2,5 meters, and most of it was already in the stomach.

Another, but not so obvious, but nevertheless, quite serious harm from litter is that it accumulates on the shore in places where seals give birth and feed young. When part of the rookery is blocked by garbage, the females are forced to look for another place less convenient for childbirth. Because of this, the likelihood that the female will give birth and be able to successfully feed the cub decreases. 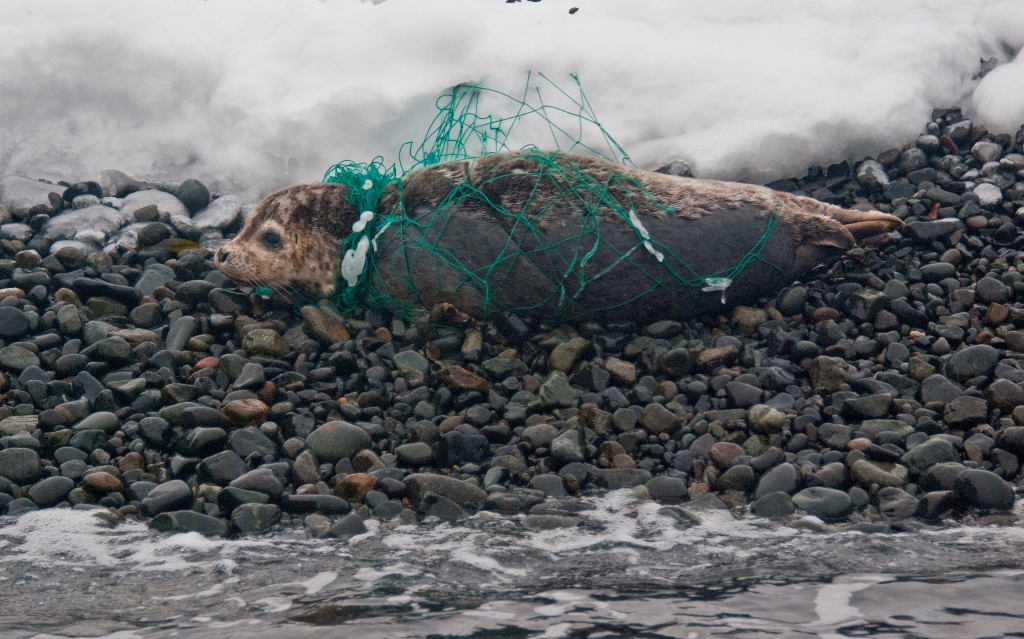 - You have been observing poachers for several years, what has changed?

- Now they are more active. They have not starved for a long time and do not go with outstretched hands; poaching is an active business. As I understand it, China is buying squid from them. All their boats, longboats, are equipped very well, although they look ugly. The equipment is Chinese. They have a global positioning system, Beidou (the Chinese equivalent of Glonass and GPS). These sailors do not suffer distress, they did not get lost, as they want to imagine it.

It is clear that they are escorted by large vessels, which, most likely, do not enter our borders. It is simply impossible to leave your port for several hundred miles and not be supplied. In August, we discovered ice in the holds of violators to sprinkle squid. The same networks: they cannot store 30 km of networks for a month on their small schooners. Most likely, they take the production to large vessels with refrigerators, replenish supplies and return to poach further.

Moreover, the “invasion” did not begin this year, and not in the past, it was ten years ago. In those days, we poorly understood what was the reason, but now there is no doubt - public policy. 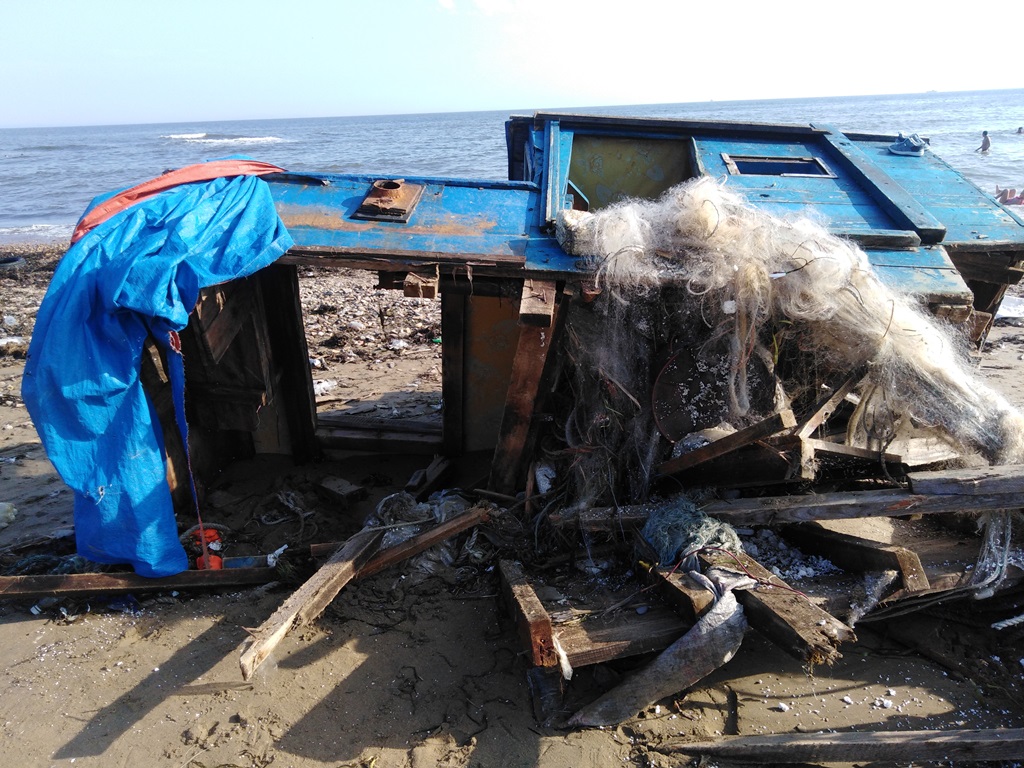 - How do poachers react to the inspectors of the reserve?

- They do not obey, aggressive. We have clashes all the time. There were no armed conflicts yet, but inspectors were attacked with sticks. They have five to six people on the boat, and one or two inspectors. The forces are not equal. Well, if border guards come up, then they, of course, obey. Although according to all laws, both ours and international, they need to be prosecuted for violating the borders of the reserve and illegal extraction. These are not people in distress. Those in distress rush to their breasts and ask for bread. I had such, I brought them to the cordon of the reserve, gave me food and water. But today they are well-trained organized criminals.