In the fishing industry - emergency situations 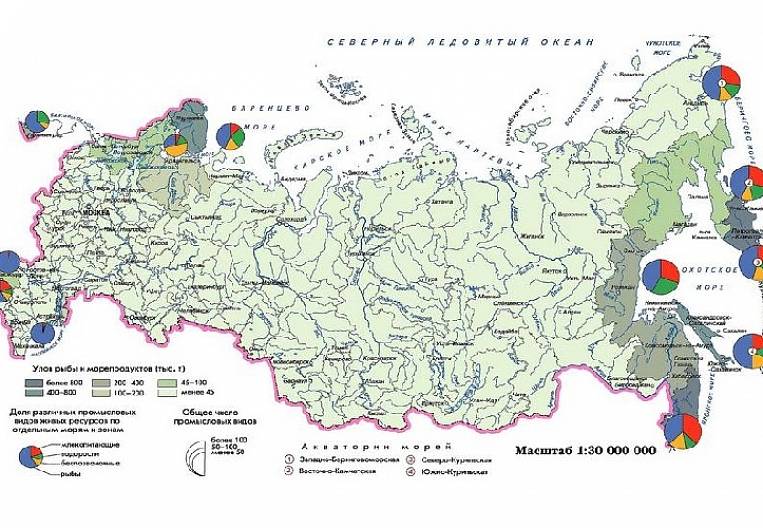 Pollock is waiting! Coronavirus closes Chinese corridor to Far Eastern Farmers Aquaculture numbers
All author's materials
Fishing for fish from 1 January next year, to which there are 90 days left, will be suspended.

Recently, during the all-Russian conference call, the Science and Education Department of the Federal Fishery Agency informed the public that the timing of the state environmental review of the total allowable catches and their adjustments has not been met. This means that an emergency situation has arisen.

The total allowable catch or TAC is a fundamental indicator for the industry. Every fisherman, every fishing company in Russia that owns quotas for fishing for fish or other aquatic biological resources, expects this indicator to see how much of this TAC is allowed to be harvested next year in order to build its plans in order to finally start actually fishing from 1 January. This is a fundamental thing for the industry. Without ODE no fishing will begin.

This year, fishermen were left without an ODU!

In connection with a large, more precisely, an unprecedented number of comments from Rosprirodnadzor to materials prepared by the Federal Agency for Fisheries, orders for the conduct of state environmental review were issued by the relevant Rosprirodnadzor Department with unacceptable delays. For example, in the Far Eastern Federal District - 17, 18, 19 September. At the same time, the examination period for the ODU of the next, 2019 year is set to two months, and another month - for adjustments of the TAC. That is, we can not keep up with the New Year.

Need I say that the failure of the timing of the examination entails significant losses of fishery enterprises, primarily in the pollock fishery and the whole fishery in coastal fishing? And these losses can not be replenished even during the subsequent work because of the limited period of fishing in the winter. Need I say that this New Year gift from Rosrybolovstva will not add to the holiday gastronomic joy and variety on the already meager fish stalls?

The only thing that somehow justifies officials, so it's their extreme workload. Rosrybolovstvo for the past year was so carried away by the organization of auctions in the industry that, as they say, the hands do not reach the performance of immediate functionality.

Conducting state environmental expertise and adjusting the ODU of a number of fishing facilities will not end before October 16. The orders of the Ministry of Agriculture of Russia and Rosrybolovstvo to distribute quotas for catching (catching) aquatic biological resources between users will be issued within three to four weeks. And they still need to be published!

Of course, in the conditions of the emerged emergency, officials are now moving, but it's guaranteed to be easy on the field.

Who will bear responsibility for millions of losses, for lost tax revenues, for unpaid salaries? Who will even answer for this mess?

Now, as usual, appeals from all the seaside regions, indignation, indignation, demands will fly to the government, to the president ... (In parentheses, let us note, for example, Oleg Kozhemyako needs this on the eve of the elections ?!) There are actually many questions. But the question of when and which officials will fly out of their comfortable seats is as fundamental for the industry as the formation of an ODE according to government regulations.

In fact, such appeals, indignations, indignations and demands for the past year have accumulated a lot. I will only mention the recent one. The All-Russian Association of Fish Producers appealed to the Accounts Chamber of the Russian Federation with a request to assess the effectiveness of state management in the fisheries sector. VARPE President Herman Zverev sent a request to the Chairman of the Joint Venture Alexei Kudrin to openly analyze the methods for assessing the effectiveness of state administration in the fisheries sector that federal agencies use and the financial and economic risks of legislative instability. "In the last 3-4 month of the Russian government's operation in the regulation of the fisheries complex, all signs of" regulatory chaos "are being quoted, - the press service of the WWARP quotes Herman Zverev's letter on his website.

It will be interesting to learn the reaction of the head of the department Alexei Kudrin, who introduced the term in the Development Strategy of the Russian Federation at 2018-2024, being the head of the Center for Strategic Research, as well as the response of other responsible persons to the current emergency situation in the fishing industry.
Tags: Fishing regulation quotas Rosrybolovstvo Catch agroindustry