The Agency of Strategic Initiatives annually draws up the National Rating of Investment Attractiveness of the Regions. The country's leadership considers the amount of indicators that allow to form an actual economic table of ranks of the subjects of the Federation, so important for the implementation of plans for social and economic development that Russian President Vladimir Putin proposed to evaluate the activities of the heads of regions based on the results of the National Rating. 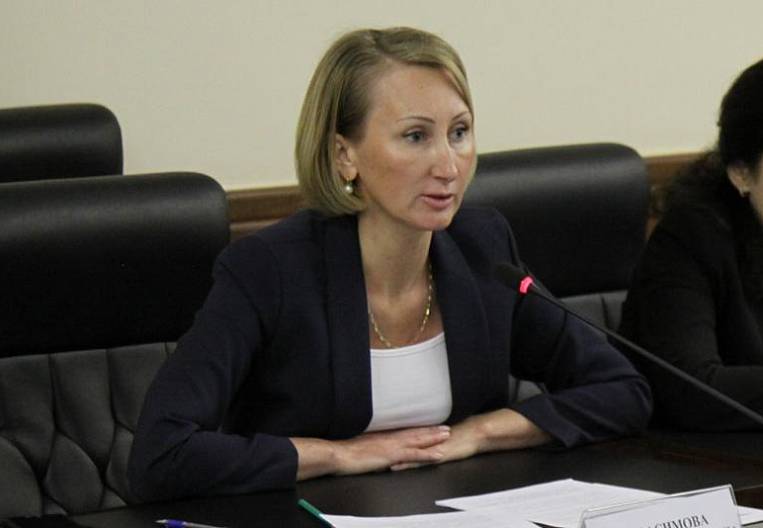 Special project TORA and Free Port
Our correspondent, on the eve of the survey by the ASI operators of a business community survey in the context of the analysis of the estimated indicators, the totality of which will allow us to determine the places of the regions, met with Oksana GERASIMOVA. The Agency for Investments and Entrepreneurship of the Kamchatka Krai, headed by it, is the body that coordinates the activities of many other structures engaged in the process of formation of a favorable investment climate and comfortable business conditions on the territory of the region.

- Oksana Vladimirovna, does the National rating of investment attractiveness give a real picture of the state of affairs in the regions? After all, there are other indicators of the level of social and economic development of the republics, territories and regions that are devoid of subjective assessments. Among them are the growth rates of production, an increase in the gross regional product, an increase in the incomes of the population, and others. According to these indicators, the Kamchatka Krai, as is known, is one of the leaders of the Far Eastern Federal District. Our GRP in the past year increased by 2,3 percent, the region's own revenues increased by almost 2 billion rubles, the volume of imported products expanded. According to independent expert assessments, the governor of the region Vladimir Ilyukhin in the rating of regional leaders rose to 14 place, ahead of Far Eastern colleagues ...
- All the parameters listed by you in combination with the estimated indicators of the National rating of investment attractiveness and provide a real and comprehensive picture of the state of affairs in the regions. The rating in terms of assessing the conditions of doing business, the effectiveness of investing funds examines not only technical characteristics that can be measured and compared in physical and mathematical quantities, such as the terms of joining the engineering and energy networks, the time of registration of enterprises, the speed of setting objects for cadastral registration, obtaining building permits ...

Natrting takes into account the assessment by the business itself of the conditions in which it has to conduct business. And this, as you put it, "the actual economic table of ranks" is valuable and interesting. National writing forces the authorities to seek effective ways of interacting with business, to conduct a continuous dialogue with it, to compare the vector of decisions made with the achievement of the final results, the real effect.

- And what is being done in the region to create a favorable investment climate? I understand that this is a very broad topic that can not be covered in one interview, so I propose to outline the main directions directly related to the Investment and Entrepreneurship Agency.
- We can safely say that over the past five years, a new regulatory and legal framework has been created in the province that stimulates the investment of business in the social and economic development of the peninsula, and in improving the welfare of its inhabitants.

I will dwell only on the main innovations of the investment legislation of the region.

Today, any entrepreneur entering the territory of the region to implement an investment project clearly understands that the basic conditions at the start of his investment activities will remain until the end of the project. No matter how the regional legislation has not changed, the conditions originally stipulated in the agreement are not subject to revision.

A flexible and effective system for supporting investment projects has been established in the region. An entrepreneur who creates a new enterprise in the territory of the region can apply to our Agency, the Kamchatka Development Corporation, where he will not only be helped to form the necessary package of documents, but also will develop a road map for the entire depth of the investment project. It will include the allocation of land, and obtaining a building permit, and the procedures for accompanying the sectoral authorities. Such a mechanism helps an entrepreneur to minimize risks when implementing a project, reduce costs - financial, temporary, intellectual.

In addition to the aforementioned, in Kamchatsky Krai a system of state support for investors has been created practically from scratch. Assistance to business is differentiated and multi-vector. It is divided into support of small and medium business and to assist investors who implement significant and large-scale projects. This includes the measures of financial support.

- Can you name at least some of them?
- First, the allocation of land to investors without bidding. Secondly, subsidizing the interest rate on loans for especially meaningful investment projects. Thirdly, it is granting subsidies of up to 10 million rubles a year to create the necessary infrastructure: transport, municipal, energy ...

Well, and of course, this range includes preferences for taxes and fees. The regional legislation provides for benefits on income taxes and property credited to the regional budget.

It should also be recalled that there are two special modes of doing business in Kamchatka. This is the territory of the advanced social and economic development and the free port of Vladivostok, which create powerful incentives for the implementation of investment projects in the region.

In total, about 70 measures of business support have been formed in the region. The significant number of projects that are currently being implemented in the territory of the region gives us grounds to say that these measures are in demand and are valued by Russian and foreign entrepreneurs.

- Oksana Vladimirovna, as far as I know, recently the Agency has paid much attention to the creation of industrial parks ...
- Yes, they are another form of business support that exists in the province. In fact, the region has been engaged in their creation for the past two years. Two such sites have been formed on Kamchatka. One of them, located in the Zelenovsky lakes area, is intended for the development of agro-industrial enterprises. There, a significant part of the necessary infrastructure has already been created.

The second site is the industrial park "Dalniy". At present, the Agency together with the CRRC complete the procedures for its certification in the Ministry of Industry and Trade of the Russian Federation. It is planned to create energy capacities, a water supply system, and develop a transport network on the territory of Dalnoe. The ready infrastructure of industrial parks allows entrepreneurs to create new industrial enterprises in a shorter period of time and at a lower cost.

Legislation of the Krai provides for the establishment of both state-owned ones, which include the sites listed above, as well as private industrial parks. In the current year, we hope to proceed with the establishment of the industrial park "Nagorny". Its formation is realized just within the framework of a private initiative, and it must be supported. This approach also meets the interests of the business community, it is important for the region in the context of the social and economic development of the region, the growth of the well-being of its population.

- Oksana Vladimirovna, we already talked about the need to maintain a constant dialogue between business and government. Within which organizational institutions in the region is it supported?
- There are several. Among the most important are, for example, the Business Club, which is headed by the head of the region Vladimir Ilyukhin.

An effective negotiating platform for discussing issues related to investment activities for establishing a dialogue with business is the Investment Council in the Kamchatka Territory. It is also headed by the governor. The council includes 46 representatives of federal and regional authorities, business, expert and scientific communities. At its sessions, the main priorities are analyzed, strategic goals and tactical objectives of the investment development of the Kamchatka Krai are formed, and the search for overcoming administrative barriers emerging on the way of business is conducted. Here, too, are considered investment projects, claiming to receive a particular status. Each of them assumes the receipt of a package of financial and non-financial measures of state support defined by the legislation. We spoke about some of them above.

Members of the collegial body make decisions on the accompaniment of investment projects, with the appointment of curators who help entrepreneurs in the development of the road map, accelerate the construction of enterprises, in solving other technical and administrative issues.

I want to emphasize that at the meetings of the collegial body, it is those issues that the business raises that are relevant to it. The decisions make it possible to remove tension, solve problems, develop incentive measures to create a favorable investment climate ...

- Which for example?
- Thus, at one of the last meetings, the Investment Council formulated proposals to the executive authorities concerning improving the business environment in the tourism industry, in the development of the mineral and raw materials resources of the territory, recommendations were made on the use of public-private partnership mechanisms for the development of health care and other segments of the social sphere.

Collegiality, broad representation, deep study of the issues brought up for discussion by industry groups on the eve of meetings of the Investment Council exclude formalism and superficiality of decisions. Last year, 19 investment projects were considered at the meetings of the council. Only 9 of them received support. 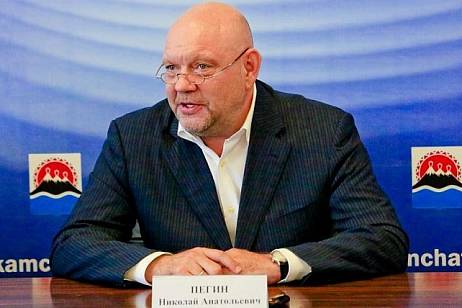