What is the "superpower" of the Khabarovsk Territory? 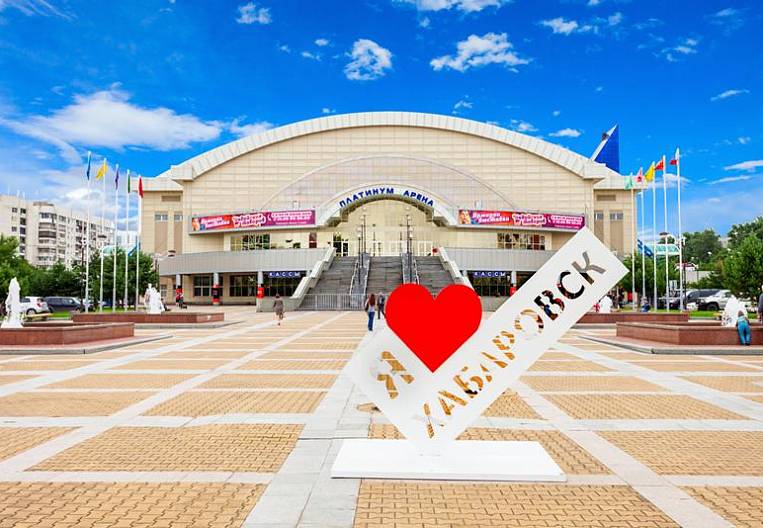 Myths, reserves, media drivers How to help drivers of the tourism industry DFO What is the "superpower" of the Khabarovsk Territory?
All author's materials
It was really a riotous event - even by Russian standards. In May, in Khabarovsk, the Strategic Communications Forum of the region was held. The first two days - called "Days of PR in Khabarovsk" (organizers - Pacific State University and Far Eastern School of PR), the third day - as Khabarovsk media forum (organizers - the government of the province).

The organizers have set a serious task: to discuss existing projects to promote the Khabarovsk Territory and to develop priorities.

Here it should be noted “on the margins” that discussing a brand without a strategy almost always leads to a dead end. It is already clear to everyone that the brand of a territory is not only a logo (although a modern visual style is also very important). A brand is not only about associations and symbols. But a very important step - the public formulation of a communication strategy - is not resolved in all regions. The regional media forum boldly chose as its motto "Khabarovsk Territory is a territory of dialogue", which, I hope, reflects the intention of publicly defining communication priorities.

Participation in a rich discussion in various formats of the Khabarovsk "strategic" forum and some media research conducted by the AGT communication agency and the Smyslografiya analytical agency allow us to formulate a number of positions that, in my opinion, would be useful for developing a strategy and program for promoting the Khabarovsk Territory.


ADVANTAGES NEED TO CONSCIOUS
The strategy of the territory largely reflects the public consensus on the issue, in which the "superpower" of the region. In Khabarovsk Krai, its advantages are not seriously discussed yet and, accordingly, are not realized. And the advantages of the territory need to be identified (or grown, if they do not exist) in different directions, not limited to the awareness, for example, of the industrial leadership of the region in the Far Eastern Federal District.

And therefore, first of all it is necessary to determine the platforms for dialogue (on, as stated, the territory of the dialogue) - in key areas of promotion. There is a Civil Forum to discuss social issues. There is a forum "Cupid", which is still perceived as a youth camp at GLK "Haldomi", and not as a platform for strategic discussion and development of new management decisions. Although the June Forsyte Camp on the Amur showed its potential. There is a forum "Our Choice - 27", which, in theory, is designed to provide mutual understanding in the program of promotion of Khabarovsk products

Without the annual territory for dialogue, today there are three important areas for promotion: tourism, education and, paradoxically, investment and economic. Turning to the design mode, we can say that the Khabarovsk Territory needs its own tourism exhibition-fair. It will be useful for your university forum-festival at the intersection of professional education, science and self-realization of students. And there would be an effective investment forum, focused on the undoubted advantages of the region.

The reflection of the Khabarovsk Territory on the pages of the federal and foreign press serves as a hint on priorities, possible projects and topics of the sites. Media drivers - what the media write about more often - are projects with large communication capital, which will take much less time to “roll out”.


DRIVERS FOR EDGE
An analysis of the presence of Russian regions in the leading English-language media - a joint annual survey of the Smyslografiya agency and Dow Jones - shows that in 2016 the most popular news stories in the Khabarovsk Territory abroad were news related to oil production and refining with the KHL HC Club Amur ", with the implementation of the" Far Eastern hectare "program, as well as commemorative events in honor of Kim Jong Il, who was born in the Khabarovsk Territory.

What do these media studies suggest?

Firstly, in Khabarovsk, in the capital of the Far Eastern Federal District, it is necessary to “charge” at least an annual conference on the practice and prospects of the state program “Far Eastern hectare”. It will be of interest to Russian and foreign media, residents and the country's leadership, investors and business. And I would recommend not to postpone the start.

Secondly, in the territory of the TKS "Komsomolsk" obviously a forum arises that is connected with aircraft building. At the same time, its urgent need as a "platform for dialogue" does not depend on whether an extremely complex airshow in Komsomolsk-on-Amur is organized in 2018. The interest of media, industry experts and business to the aircraft building forum, judging by the relevance of topical news - is guaranteed.

Thirdly, the Khabarovsk ASEZ also needs its own “investment dialogue forum”. And here it is necessary to select the subject very accurately, taking into account both media drivers and additional circumstances - the railway "capital" of Khabarovsk, the upcoming Free Port regime not only for Vladivostok, the key oil refining position of the region in the Far East, the intermodal uniqueness of the regional transport system.

Fourth, the data of these media studies tell us, the Khabarovsk Territory has a colossal front of work in the field of tourism and in the field of food of its own production. No grocery brand, no festival, no tourist attraction has received more than 70 mentions in 4 months. Partly an exception can be considered Shantara (140 references).

Therefore, the regional support program for the local manufacturer “Our Choice 27” is timely. And even the number 27, which does not say anything to an outside observer, is normal at this stage. For the Khabarovsk Territory, it is now important to take care of one of the most stable sectors of the national economy - food. Now in Khabarovsk stores there are mainly products from Blagoveshchensk, Primorye, Jewish Autonomous Region, Irkutsk, Novosibirsk, and, of course, from Korea and Japan. In Khabarovsk - almost 600 thousand people, in the region - more than 1,3 million. This is a tremendous challenge for the government, the agro-industrial complex and the communication community of the region to raise their product lines and technological chains in several segments of the food industry. At the current stage, Our Choice 27 is a good answer to this challenge. But the next step is to design other programs, events and titles. And within the framework of "PR Days" such design began.


COMBINING KHABAROVSK
Hence one more conclusion: The Strategic Communication Forum of the Khabarovsk Territory as a platform for discussion of the complex communication strategy of the region has proved its effectiveness and usefulness. Although, perhaps, it would be more effective with dates at the beginning of the calendar year.

The design of the communication component of the tourism strategy presupposes a clear strategy for the development of tourism, which so far, apparently, the region does not have, and which could be discussed and updated at a possible annual trade fair. But for two moments you can pay attention now.

Khabarovsk, justifying one of the connotations of its name, can deliberately become a tourist hub for guests from the bordering countries of the APR traveling to the fabulous countries of the Far Eastern Federal District - Yakutia, Kamchatka, Kolyma and Chukotka. And to offer guests a package of two regions (together with the Khabarovsk Territory) and logistics.

The Khabarovsk Territory has a historical place that could potentially become a unique international site for visitors. It is about the place of service of Kim Il Sung, later the leader of the DPRK, and the possible place of the first years of his son Kim Jong Il's life.

The entry of the SKA football club into the Premier League of Russian football is not yet recognized in the region as an event of increased importance. However, this is so. Thanks to its performance in the elite division, the Khabarovsk Territory practically staked out its presence in the top 10 Russian regions in foreign media at the end of 2017 and 2018. Moreover, a significant number of sports fans number one from neighboring regions (primarily the Amur Region, the Jewish Autonomous Region and Primorye) will come to the matches of the leading Russian clubs, and this is an additional opportunity for the development of domestic tourism. The successes of the Khabarovsk sports teams against the background of the performances of the Primorsky clubs somewhat counterbalance the increased federal activity in Vladivostok. And the rapidly growing popularity of football among the neighboring countries of Khabarovsk will make it possible to design interesting formats of cooperation, at least in the tourism sector.