On Friday, Khabarovsk governor Vyacheslav Shport visited the plant for the production of dry sawn timber RFP Group in Amursk. The construction of the enterprise was completed, we recall, back in December 2016, but it has not officially been commissioned yet, but works in a test mode (it produced only 2,1 thousand cubic meters for the second quarter at the declared annual volume of 230 thousand cubes). The plant continues debugging equipment, erection of generation and construction of drying chambers. The enterprise must be solemnly launched Among several, As already written by EastRussia, In the days of the third Eastern Economic Forum this September. 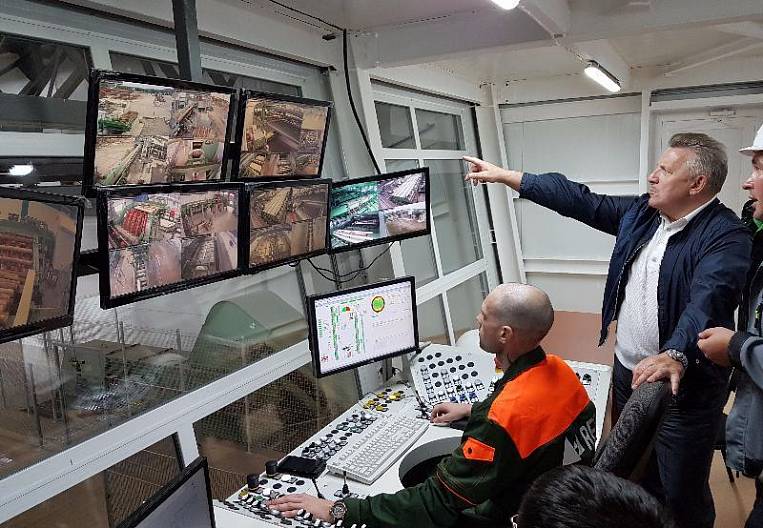 Photo: Dmitry Shcherbakov
Governor Vyacheslav Shport, first deputy chairman of the regional government for investments Yuri Chaika, head of the Amur region Alexander Masko at the RFP Group plant were met by Vasily Shikhalev, executive director of Amur Timber Industry Company LLC. He led the officials through the site at the plant, where the logs are sorted and loaded onto the line, and then along the entire line - from the entrance point, where the operator oversees the process, to the finished product warehouse, where the board already packed in piles arrives. Mature logs are on the line - their age is 90-140 years. Dry lumber of various profiles is leaving the conveyor.

Officials walked around the new workshops built on the site of the former Amurmash defense machine-building plant took about half an hour. Nearby, RFP Group has already been operating a rotary cut veneer plant since 2012 - in 2016 the plant produced 152 thousand cubic meters of products, in seven months of 2017 - 120 thousand cubic meters. The enterprise has reached 90% of the design capacity of 300 thousand cubic meters per year. "We haven't reached 100% yet: we are looking at the market, looking for more profitable niches, and looking at raw materials. For now, we provide 95% of our own raw materials," Vasily Shikhalev said.

EastRussia Help. Since 2013, 42% of RFP Group has been owned by the Russian-Chinese Investment Fund, which was created by the Russian Direct Investment Fund and China Investment Corporation. The company has been creating the Far East deep wood processing center in Amursk to increase the business capitalization since 2008. The project, estimated at 12 billion rubles, consists of three stages. The first two have already been actually completed by the company, the third is the construction of a plant for the production of 100 thousand tons of fuel pellets (pellets) from production waste, which are so far disposed of in the form of technological chips at the plant's boiler house. Waste can also be used for the production of MDF boards, chipboard, cellulose. The company has already invested 10,4 billion rubles in the project; Vnesheconombank is the main creditor. RFP Group cutting area - almost 2 million cubic meters per year, the main harvested species are larch and spruce.

Vasily Shikhalev told the Governor that the first main component of the holding's raw material base, larch, is processed into veneer, which is mainly exported to Japan, where plywood is further produced from it, and the second, spruce, into lumber. Spruce produced by RFP Group, which is particularly durable, has traditionally been in demand in China and South Korea, where it was used to produce materials for the construction of formwork and building structures. "At the first stage of creating a deep processing center, we must process all the most valuable, the best - the first or third grade. At the second stage, negotiations are still underway on what kind of product it will be - either cellulose or something on a slab," said a representative of the enterprise.

Equipment for the enterprise was supplied from Austria, after the test period the plant will be put into operation "If two plants are put into full production capacity, we can process up to 900-1000 million cubic meters of timber per year, only in Khabarovsk territory the group procures about 2,4 million cubic meters per year While we are testing the equipment, raw materials are sometimes purchased from the domestic market.All the logistics for the supply of raw materials was run in the first factory, "he said.

The lumber mill in September will go on a complex test, implying 72-hour operation of all equipment under maximum load. "An official opening is planned for the WEF, it will be remote, here, on the site itself, a communication center will be made, a line will be launched on command," Vasily Shikhalev said. At the projected capacity, the enterprise should go out in 2018 year - it will, according to his estimate, be more than 20 thousand cubes of sawn timber per month. In the plant, according to the executive director, $ 102 million was invested: all external financing is "fully commissioned, the rest of the work that is being completed is provided with funds."

Completing the second stage of the project of the center for deep wood processing, the holding is preparing for the third construction of a pellet plant. While the production waste is partially supplied to energy enterprises of the Amur region, in part they go to the plant's own boiler plant, in very small quantities - for export to the PRC. "Now there is a choice of the supplier of the main technological equipment for the third stage of the project, this year we are budgeting the budget, the sources of financing are being worked in. But this is closer to 2018-2019," Vasily Shikhalev said. According to him, the company plans to complete the design for the winter, and to reach the main volume of construction work next year. "This is not such a big factory will be like the first two," he clarified. At the same time, according to Vasily Shikhalev, Russia's domestic market to consume pellets is not yet ready because of the cheapness of alternative sources of heating and the lack of domestic production suitable for the technology of boilers.

Having become a resident of the TOP, RFP Group enterprises did not take advantage of the opportunity to receive infrastructure support from the state, Vasily Shikhalev emphasized. The infrastructure on the site of the former military plant was already - both a downgrading substation and old railway tracks, but since the enterprise since 1990-ies was bankrupt, all this had to be dismantled and rebuilt. However, all the works were completed before the project got the status of the Komsomolsk TOR site.

"In the operational activities, we felt benefits from the status of the resident primarily in the tax component.The figure was not specifically considered savings, but the most tangible is the decrease in payments to the social fund, because there are more than 720 employees.As for property and profit taxes, We are only approaching the operational plus: the second plant has not yet been introduced, and the costs have already been incurred, "the top manager said. Tax benefits, he admitted, significantly reduce the payback period of the project. Benefits of TOP make an economically not very profitable project effective. It would seem that there is a trifle, there is a trifle, and when the cash flows are distributed over the years, it turns out that the project can already be implemented, "Vasily Shikhalev added.

Vyacheslav Shport remained pleased with what he saw - having a technical past, the governor likes high-tech projects. "Today they do not pay taxes, except for personal income tax deductions, so it's too early to talk about the enterprise's contribution to the region's budget, although it already pays taxes," the governor said. "At the same time, the new plant has already given us an additional 300 of jobs. The number of jobs among the top Khabarovsk Territory. "

"For residents who come to the TOP, the first indicator now is the employment of the population.When all the residents of the TOP start to come to full capacity and begin to pay taxes in full, Khabarovsk Krai should become a fully self-supporting, self-supporting region. This is the maximum in this case, while we are providing ourselves with budgetary resources for 85%, "Vyacheslav Shport said after inspecting the site. The government should provide employees of new enterprises with conditions for comfortable living, he added: kindergartens, cultural and health facilities, housing. It is these tasks, Vyacheslav Shport emphasized, that they decide such state programs as the long-term plan for the comprehensive development of Komsomolsk-on-Amur.
Tags: Timber processing investments Eastern Economic Forum. China RFP Group 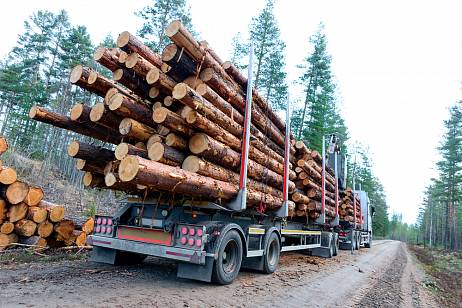