Coal with a focus on Japan

This week, the long-awaited Inaglinsky GOK began its work in Yakutia. While its capacity - 2 million tons per year - is small, the effects of putting it into operation - are significant. 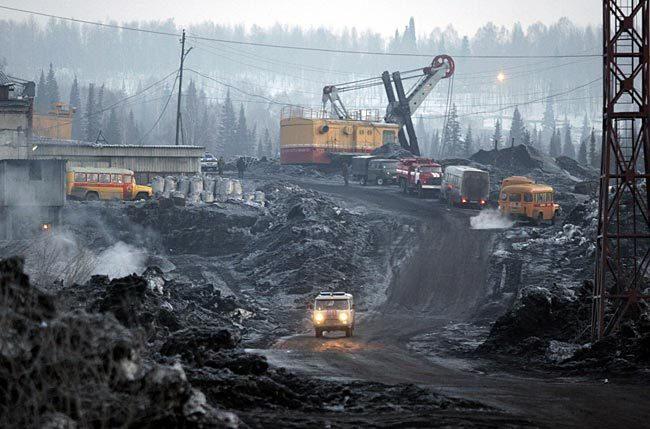 Special project Coal of the East of Russia

Inaglinsky mining and processing plant appeared on the territory of the Republic of Yakutia in less than a year. On the one hand, for the Neryungri municipal region of the Republic of Yakutia, this means further strengthening its coal specialization, on the other hand - great joy for the authorities and the population of the region due to the prosperity of the traditional industry and a considerable number of new jobs provided by the mining and enrichment plant.

“Inaglinsky GOK is an investment project that is useful for the development of the Republic of Yakutia, which will have many positive effects. The state was directly involved in its creation - a subsidy of more than 500 million rubles was provided for its infrastructure from the federal budget. The state in no way refuses to support those resource projects in the Far East, which mean its development - the creation of added value, the emergence of new jobs and new tax revenues. Inaglinsky GOK - just from the category of such projects, ”commented the Minister of the Russian Federation for the Development of the Far East Alexander Galushka to EastRussia correspondent.

The President of the Republic of Sakha (Yakutia), Egor Borisov, noted that the commissioning of the Inaglinsky GOK was not just an event, but one of the components of the tendency in the coal industry of Yakutia.

"From the point of view of the quality of raw materials, profitability and safety of production, Yakutia has every chance of becoming a new center of the country's coal industry in the future. Taking into account the basic indicators for the republic, the introduction of the complex is part of the general trend that has been observed for a number of years, "the head of the republic said.

According to him, at present economic entities of the region's coal industry are increasing production volumes and building new production facilities.

"The creation of the Inaglinsky GOK is an economically very effective investment project. Since if in the foreseeable future coal prices do not fall sharply, then it will pay off already in 2-2,5 year ", - Arkady Ostrovsky, Deputy Financial Director of Colmar LLC Managing Company, announced.

At the same time, he noted that coal, enriched at the new plant, like all Yakut coals, is unique in its quality, since it is not of plant origin, but formed from algae. Due to this origin, its chemical and physical composition distinguishes a number of unique parameters from most other Russian coals.

He also talked about what markets for Inaglinsky GOK's products are currently targeted at Colmar MC.

“The first two pilot batches of coal enriched at Inaglinsky GOK will be sent to Japan. If these deliveries are successful, Colmar Management Company will sign a long-term contract with the Japanese consumer. Moreover, it can be said that the company as a whole is focused on the supply of products from this mining plant to Japan. So how exactly is this country today offering the best price for coking coal. In turn, Japan’s choice of Inaglinsky GOK products is related to the fact that it imposes a special requirement on the coal purchased - for it is not the characteristic of coal itself that is important, but its stable quality, which is provided by the technology of Inaglinsky GOK. But the company also plans to supply some volumes of coal concentrate to China, due to the fact that the republic is still setting indicative coking coal prices on the world market. Two more potential consumers of Inaglinsky GOK products are South Korea and India. At the same time, the company is considering the possibility of supplying these products to the domestic market - to metallurgical companies such as GC Koks, OJSC Magnitogorsk Iron and Steel Works, GC NMLK, as well as to the Urals steel producers, ”said Arkady Ostrovsky.

He added that the Inaglinsky GOK project also entails considerable social effects, as it provides for the order of 200 of new jobs and the involvement of the local population first of all.

“A striking evidence of the fact that Kolmar Management Company creates good working conditions is the fact that among young people living in the Republic of Yakutia, work in the company is very much quoted. Since, firstly, “Colmar” pays its employees a higher wage - the average wage in the company is much higher than the average for Yakutia. And secondly, because the employees of “Kolmar” do not just work in the company, but at the same time they undergo training there, and, thus, have every opportunity to grow up the career ladder, ”added Arkady Ostrovsky.

The scientific community is also confident in the long term supply of Inaglinsky GOK's products to Japan.

"Everyone knows that one of the main suppliers of coal to Japan is Australia. But her transport shoulder is much longer, compared with the delivery from Yakutia. At the same time, due to the fact that Japan strongly adheres to its policy of diversifying the sources of raw materials it needs, it is not in its interests in buying coal to rely entirely on Australia. As well as by ensuring national security, "- said a leading researcher of the Center for Japanese Studies Viktor Pavlyatenko.

At the same time, according to him, in addition to export expansion, another equally important prospect should be expected from the Inaglinsky GOK project. According to him, it is possible that if Japan is interested in expanding the scope of imports of GOK products or shortening the delivery time, and the only stumbling block for this is the modern bad condition of BAM, it will invest in its modernization.

A number of other experts consider the project interesting not only for Japan, but also for other countries in the North-East, and also for South-East Asia. But at the same time, it is unprofitable for India.

"While Japan, China, South Korea, China and some other states of Northeast and South-East Asia seem to be possible consumers of Inaglinsky GOK products, the prospect of deliveries to India seems very unlikely. For the simple reason that Yakutia has a very distant transport shoulder relative to India. In this context, it is important to note the following. A serious positive aspect of the project is the fact that it initially has an export orientation. Since Russia today is extremely necessary to stimulate the increase of its foreign economic relations. And if they do not lead to the development of services in the Russian economy, but are an impetus for its heavy industry, they are no less important for Russia, and, in particular, for its Far East, if not more, "emphasized the head of the department Financial strategy of the Moscow School of Economics, Moscow State University. MV Lomonosov and head of the Center for Strategic Studies of the Moscow State University. M.V. Lomonosov Vladimir Quint.

Thus, Inaglinsky GOK started well. Expectations from him now are big. For his complete success, it remains that he does not stumble over certain pitfalls in the realization of his products, and also that no surprises occur in the world coal market in the foreseeable future.