“The Kuril word has magic”

The Rosa Khutor mountain resort intends to open the Sakhalin Region in a new way - to create the Onekotan Archipelago tourist cluster in the North Kuril Islands, as well as the Sakhalin Express branded tourist route. This will allow developing the infrastructure and various tourist destinations in the region. Dmitry Rodionov, Director General of Onekotan Archipelago LLC (part of Rosa Khutor), spoke about projects and their implementation in an interview with EastRussia on the fields of the Far Eastern Tourism Week. 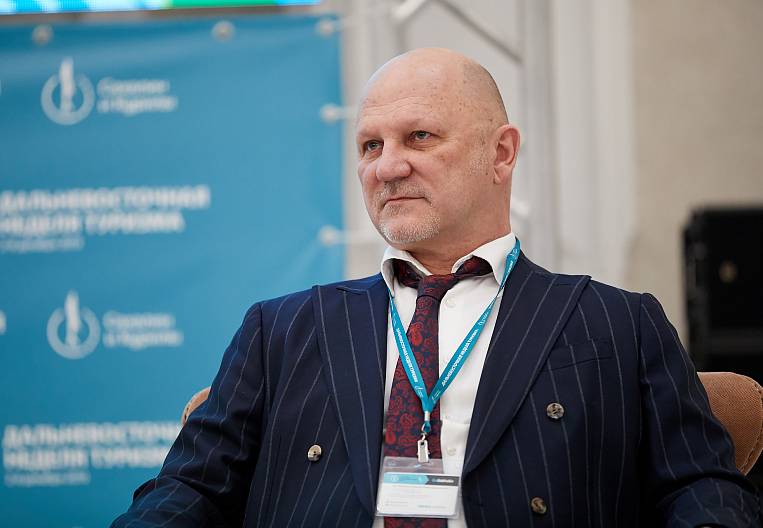 Within the framework of the Onekotan Archipelago project, the complex development of the territory of four North Kuril Islands - Atlasov, Paramushir, Onekotan and Shumshu is supposed. The first stage of the project is designed for four years, during which the investor will build a network of equipped walking routes, hotels, and a yacht club.

- Dmitry Fedorovich, why did you decide to head for the Northern Kuril Islands?

- The project on the Northern Kuril Islands is called the Onekotan Archipelago. In the Northern Kuril Islands there is one city - Severo-Kurilsk, a place where a ship can moor. The city itself is interesting because it is located at the foot of the Ebeko volcano, not far there is the Yuryev River with a rich geothermal theme. As the first point of presence of the tourism project, we will build a small hotel with 60 seats - this is the approximate volume of a cruise expeditionary vessel or a small plane. They plan to build a runway in Severo-Kurilsk, so logistics will improve.

Such a base will allow us to begin to take the following steps, but so far we are only designing and studying them. So far, this is an upbeat theme - how to present a desert island to a tourist without spoiling it. We design a network of trails, a network of shelters, a waste management infrastructure, a mooring infrastructure. This is our challenge in the Northern Kuril Islands.

- You said that the hotel is designed for an approximate volume of a cruise expeditionary vessel, but this is a rather rare story. Who will fill the hotel when there will be no such ships?

- Many tourists were not in Severo-Kurilsk, because there is nowhere to sleep. If people know that they can come there and comfortably accommodate themselves, visit several excursions, see dozens of bears, an erupting volcano, then there will be many who want to visit this proud. I am sure that a quarter of the filling of this hotel will be officials and journalists. Such a hotel is simply break-even, and then it itself will begin to attract guests. Now we are drawing up a land plot and begin designing, we will build it in two years. In the future we want to build infrastructure to show tourists the Ebeko volcano.

- Have you already suggested to some expeditionary vessels to visit Severo-Kurilsk?

- How important is it for you now that a runway will appear in Severo-Kurilsk? Do you know when the first planes will appear around there?

- I think in two years. I don’t remember the terms of the competition for the construction of the “take-off,” but the competition is announced and the dates are indicated where it should be built.

- And why did you choose this point? The assumption that those who reached Kamchatka will be able to reach Paramushir?

- The word “Kuril Islands” has magic. When you pronounce it, people want to get there. Hope it works and people go.

- Tell us more about the projects in the South Kuril Islands.

- We did not have the desire and resources to develop all projects at once, so we took the development of a master plan for the project, which can be implemented on Iturup. We made several expeditions to Iturup, today our general planners sent the first sketch of this master plan. Then it will be necessary to form a pool of investors for its implementation, and we will probably not be engaged in this. Iturup contains all the elements of Kamchatka, but they are different, therefore Iturup deserves a synthetic object: skiing, geothermal. Moreover, the degree of readiness there is high - there is a pier, an airfield, and roads. There will certainly not be a small object, otherwise it will ruin Iturup.

- You set about developing a project for the Sakhalin Express tourist route, which will run along the old railway line Yuzhno-Sakhalinsk - Kholmsk. How did you come to this project?

- We walked a lot in Sakhalin and looked for objects that are not tourist, do not fall into the focus of tourism development. We have found the old railway and are now in difficult negotiations with the authorities of the region, with Russian Railways on the creation of a tourist facility on the basis of the most beautiful railway of the Soviet Union. An important component is size. If the modern railway is suppressing by its size, its technical power, then on Sakhalin the size is quite comfortable, tourist - small tunnels, bridges, and the cars themselves and the locomotives are small. We count on four cars for 25 people.

And here it is important not so much that this route is historical, but that it is a tourist one. The adrenaline will be crazy, because the road passes over such cliffs that will take your breath away. Surely there will be stations at which the train will make stops, but there will be few of them and only in iconic places.

- Are Russian Railways and the government of the Sakhalin Oblast ready to invest in this project or are they waiting for a private investor? Are there any calculations how much it will cost?

- There are calculations, and the figure is rapidly declining. The first figures were given by Russian Railways and it was tens of billions, now it is a few billion rubles. The subtlety is that it is difficult to make this project transport, and if it becomes so, it will be difficult to make it a tourist project, and vice versa. Therefore, now we are building a chain of relations with Russian Railways. I think that if we build it effectively, there will be an investor.

- Is there any understanding of how much the ticket will cost?

- I will say this: this route should become so interesting that it would not be a pity to pay a lot for it.

- That is, the fare will be expensive?

- Hope so. I'm generally for expensive tourism. If a tourist is not ready to pay a lot of money, then he is not interested. The planning horizon of our projects is decades. Sakhalin Express will become truly effective at the moment when it starts interacting with new cruise ports, when a cruise pier appears in Korsakov, when the route is somehow combined with the transport railway and the tourist one.

- What amount of financing are you ready to invest in these projects?

- You need to create a point where people want to go. We try not to do stupid things on this path and not spend unreasonable money, at every moment we try to stay within the boundaries of reasonable in terms of our costs. For example, a hotel in Severo-Kurilsk will cost around 300 million rubles, we will invest about the same amount in a tourist route in the Northern Kuriles, small piers and trails.
Tags: tourism Kuril Islands Sakhalin Region Rosa Khutor Onekotan Archipelago 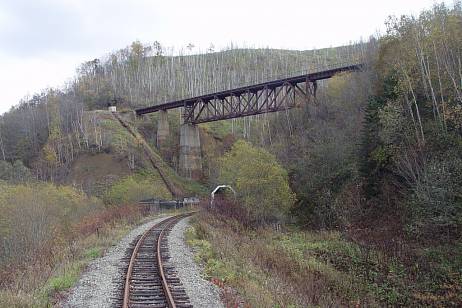