In recent years, Primorsky Krai has been confidently following the path of development of the tourism industry, where it has achieved certain results. Now, after the introduction of restrictions due to the coronavirus, the regional tourism industry will have to look for ways to survive. 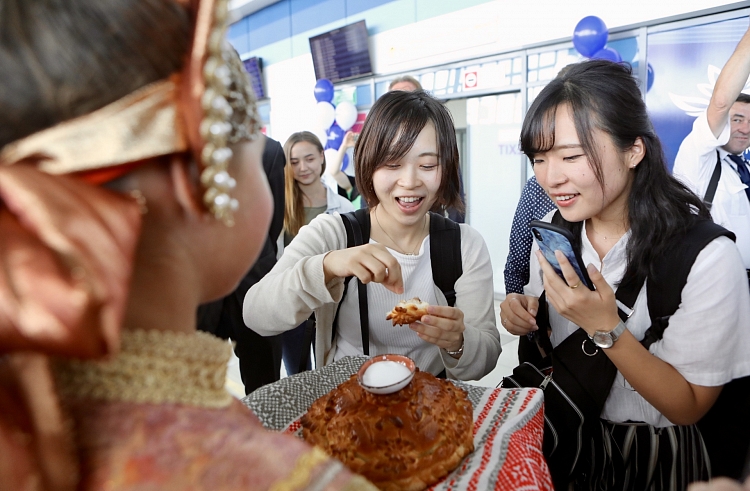 In 2019, Primorye was visited by 760 thousand foreign tourists, thanks to which Primorye took the third place in Russia in terms of the number of foreign visitors, behind only Moscow and St. Petersburg. The main part of the flow was made by tourists from China (370,7 thousand people), South Korea and (299,7 thousand) and Japan (35 thousand).

Last year, the tourism industry of the Primorsky Territory accounted for about 6% of the gross regional product, bringing 6,7 billion rubles to the budget and providing jobs for 45 thousand people. In 2019 alone, the number of employees in hotel service and catering increased by 1 people, retail trade - by 100 people, transport services - by 53 people. According to the estimates of the regional government, XNUMX branches of the regional economy are connected to the tourism industry to one degree or another.

With the spread of coronavirus infection, the tourism industry has already suffered significant losses, the scale of which will only grow. First, in the high season of 2020, a mass foreign tourist will almost certainly not come to Vladivostok. Secondly, by the beginning of the high season, the duration of the downtime of tourism industry enterprises will already be four to five months, since passenger traffic with China and South Korea was discontinued long before the introduction of internal restrictive measures in Russia, and it was these two countries that accounted for 88% of the influx of foreign tourists. in Primorye. In addition, in 2020 Vladivostok was preparing to receive 15 cruise ships, the first of which was expected to call on April 19.

Hotel occupancy has already dropped to 5%, and travel agency revenues have dropped to zero, as many have been tailored for Asian guests. At the end of 2019, some hotels and travel companies in Vladivostok took out loans to expand their business due to the expectations of a sharp increase in tourists from Japan due to the opening of a direct flight Tokyo-Vladivostok by Japan Airlines. Today, some hoteliers are planning to "freeze" the operation of hotels, while others intend to continue to work while optimizing costs by saving on salaries, advertising and meals for guests.

The negative impact of the coronavirus pandemic on the tourism industry in Primorye will be longer than on other areas of the national economy. Even with the full opening of passenger traffic with Asian countries, the recovery of the tourist flow, similar in volume to the level from 2018-2019, will not happen immediately. Its growth rate will depend on many factors that at the moment are simply impossible to calculate. As a result, the consequences of the fight against COVID-19 will affect Primorye at least until the end of 2020. Moreover, many epidemiological experts predict a second wave of the spread of the infection this fall.

The spread of a new coronavirus infection has brought the tourism industry of Primorsky Krai to a state close to collapse. The leadership of the Primorsky Territory, managing one of the most attractive regions for foreign tourists in Russia, faced a serious challenge - in the shortest possible time to develop effective measures to support the economy of the subject, 6% of the GRP of which is the tourism industry, which is in deep crisis.

A fundamental step by local authorities in this direction is the decision to officially recognize the new coronavirus infection as force majeure, which makes it possible to revise civil contracts towards reducing or completely canceling obligations. On March 23, the Primorsky Chamber of Commerce and Industry began issuing certificates of force majeure circumstances under domestic Russian treaties. It is noteworthy that the COVID-2019 pandemic was recognized as force majeure only in 43 subjects of the Russian Federation.

Direct measures to support the tourism industry developed by the regional government can be divided into three areas: reducing the tax burden, canceling or reducing rental payments, and providing concessional financing.

The reduction of the tax burden on the tourism sector is carried out depending on the type of activity of enterprises through the abolition or reduction of property tax, a significant reduction in tax rates on income of companies operating under the simplified taxation system, as well as reduction of the transport tax rate for carriers involved in excursion and passenger services tourists.

Due to the interconnectedness of economic processes, a two-fold reduction in property tax rates formed the basis of regional measures to reduce the cost of real estate rent. This decision allowed the owners of commercial real estate to meet the tenants and revise the agreements in the direction of reducing rental rates and introducing rental vacations. So, in some shopping centers in Vladivostok, the rental price is reduced by 50-80%, and in some cases - to the cost of ownership of retail space.

An additional measure to reduce the rental load on small and medium-sized businesses was the abolition of payments for the use of property owned by the Primorsky Territory for a period of three months, with the possibility of extending the rental vacation for up to six months in total.

This decision was initially criticized by the local business community, since many were simply not aware of what percentage of the region's enterprises use regional property. However, market analysis shows that in Primorye there are about 300 companies directly related to the tourism sector and renting regional real estate. The incentives cover such business entities as air and road carriers, cultural, leisure, sports and recreational and sports enterprises, hotels and hostels, catering establishments, non-governmental educational institutions and centers of further education, companies for organizing conferences and exhibitions, firms for the provision of domestic services to the population, travel agencies.

The regional authorities recommended that municipalities also consider providing incentives for tenants of municipal property. So, from April 1, the Vladivostok City Hall introduced a moratorium on the collection of rental payments for the rental of city property. This decision further expanded the list of companies falling under rental privileges, since about two thirds of all small and medium-sized enterprises of the region are registered in the city.

A loan program with a rate of 0,5% with a maximum loan amount of five million rubles and the possibility of deferring the first payment for a period of six months is called upon to provide the basis for preferential financing in the region. This credit line developed by the regional Ministry of Economic Development is implemented through state financial institutions. The first entrepreneurs who received preferential loans under the local program claim that it will allow refinancing existing loan agreements and at least preserve business in times of crisis.

As an indirect way to support the tourism industry of Primorye, the region’s leadership sees attracting an additional flow of Russian tourists to the region, which will partially offset the losses incurred by the business. Local authorities have already applied to the Russian government with a proposal to expand the subsidy program for domestic air transportation between the regions of the Far East and Siberia, to adopt a subsidy program for domestic railway passenger transportation, as well as introduce additional air and railway flights between the European part of Russia and Vladivostok.

In favor of Primorye is the fact that most of the citizens of Russia simply will not be able or afraid to travel abroad in the upcoming holiday season. As a result, in the emerging epidemiological situation, such decisions could in a short time turn the Primorsky Territory into a Mecca for domestic tourism, like Crimea or Sochi.

Implementation of support measures will cost the regional government 4,65 billion rubles, despite the fact that the economic loss of the budget due to the coronavirus for the year will be about 15 billion rubles. For comparison, the total budget deficit of Primorye for 2020 was planned at the level of 4,84 billion rubles.