Recently, the Ministry of Agriculture reported that aquaculture production in Russia reached 248 thousand tons last year. A little later Rosrybolovstvo specified - 275 thousand tons, taking into account planting material. Even with the specification of the relevant department, is it a lot or a little? 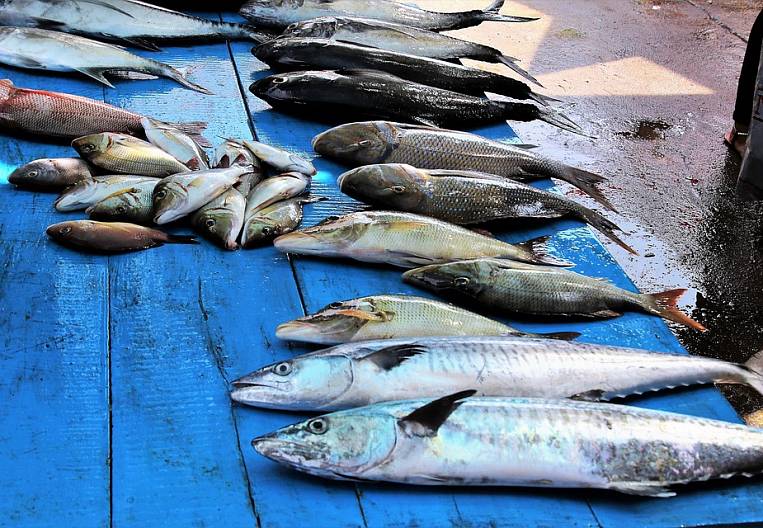 Recently, the Ministry of Agriculture reported that aquaculture production in Russia reached 248 thousand tons last year. A little later Rosrybolovstvo specified - 275 thousand tons, taking into account planting material. Even with the specification of the relevant department, is it a lot or a little?

In 1990, the Russian Federation grew and sold salable fish of about 200 thousand tons. In 1999, Vladimir Putin, who was then prime minister, to accept the proposal of Rosrybkhoz to increase the volume of fish farming and catching inland waters in 1998 by 2000 thousand tons compared to 100, and in 2005 by 250 thousand tons and on bringing, starting in 2006, this volume to 600 thousand tons per year. Then, by the way, work began on a law on aquaculture, which ended only 14 years later, and the publication of regulatory documentation continues to this day.

In the course of a grueling discussion and revision of proposals by specialists of enterprises and experts from the fishing industry of the Far East of the Federal Law "On Aquaculture" in 2003, a concept for the development of the Russian fisheries industry for the period up to 2020 was developed, approved by the government. She determined that the most important component of the fishery sector of the economy of any developed country is aquaculture, and the intensive development of this area is one of the main tasks.

“Meanwhile, in the world fisheries, aquaculture is considered one of the key factors in saturating the domestic food market. Today it is the most dynamically developing market, the most dynamically developing industry. Suffice it to say that over the past 15 years, the volume of aquaculture, production growth in the industry amounted to about 45 million tons. This, of course, refers to both live and chilled products. The figures themselves are impressive, and the leading fishing countries not only constantly increase the volume of aquaculture production, but also fight for its competitiveness, ”said Dmitry Medvedev.

At the same time, he reported that the level of fish consumption is a sign of the quality of life of people. Two years later, following a visiting meeting of the Presidium of the State Council, President Putin instructed the government to develop and submit to the State Duma a draft federal law on aquaculture. It was developed and planned to be considered in the first reading by the end of 2007, but something went wrong and only at the end of 2010 the government nevertheless submitted the draft law to the State Duma, which was adopted in the first reading only on March 25, 2011.

Meanwhile, the volumes of aquaculture and mariculture in Russia remained at the level of 130 thousand tons. In 2012, Dmitry Medvedev, already in the rank of Prime Minister, expressed bewilderment at the long-term discussion of the law.

“I don’t understand why it is not accepted. This is the first time I have worked in the government - even then we were discussing it, and so far this law has not been adopted. I don’t know what are the pitfalls and what problems exist, but it seems to me that I need to put an end to it, ”Medvedev said.

The point has not yet been set, although the law has already been adopted and by-laws. We spent a lot of money and effort, but most importantly - a lot of time was lost.

Now it is obvious to everyone that the key potential for the development of marine aquaculture in Russia is concentrated in the Far East, but explosive development has not yet taken place there, although the Ministry for the Development of the Russian Far East has created serious prerequisites for this. The process of removing legal barriers and creating a favorable treatment for industry business has not yet been completed. In addition, it is necessary to provide powerful financial support to aquaculture from the state, to develop credit mechanisms, to obtain long-term loans for Far Eastern aquaculture enterprises, and a unified system of standardization of the rules for growing aquaculture is needed.

Meanwhile, according to the calculations of industry scientists, the development potential of only mariculture in the Far East (industrial breeding of marine fish, aquatic organisms and aquatic plants) is about 3,5 million tons in coastal areas over an area of ​​more than 0,4 million square meters. km Only in Primorye, experts estimate the total area of ​​potential plantations at 3,8 thousand square meters. km They can produce more than 600 thousand tons of aquatic organisms per year. The most productive region is considered to be Northern Primorye, where the total yield can reach almost 350 thousand tons per year.