The centers of attraction 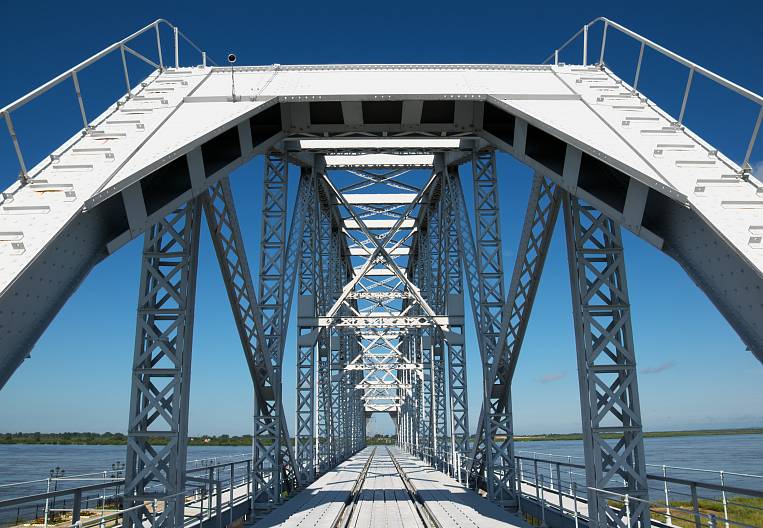 The Minister for Development of the Far East, Alexander Galushka, gave a clear definition of the territories of advanced economic development in the Far East - these are special economic zones (SEZs), industrial parks, techno- and agricultural parks and the corresponding infrastructure, which creates a system that ensures the process of investment inflows, the creation of new enterprises. implementation of investment projects. In the near future, a federal bill on these territories will be submitted to the Russian government.

The proposal of the Ministry for the Development of the Russian Far East on a new model for the development of the Far Eastern region based on the export of finished goods produced in the regions of the Far Eastern Federal District to the APR countries was approved at a government meeting back in November last year. The main tool for the implementation of this model, in addition to improving the investment climate, is the creation of competitive priority development territories. As you know, in Russia special economic zones in their current form have been functioning relatively recently, since the entry into force in 2005 of the federal law "On special economic zones in the Russian Federation." It was assumed that the state will give tax and administrative benefits to investors, remove bureaucratic barriers, and also invest part of the funds in creating the infrastructure of the zones, and will guarantee the invariability of the conditions of the SEZ.

In total, 25 zones were created, which were divided into four types (industrial-production, technical-promotional, tourist-recreational, port), and the majority of investors joined the first and second type projects, which are implemented in large regions with developed infrastructure - the Moscow region , St. Petersburg, Tatarstan, Lipetsk, Tomsk regions, and others.

In the Far East, there are two SEZ projects - the port special economic zone "Sovetskaya Gavan" in the Khabarovsk Territory and the project to create on the territory of. Russian Primorsky Territory tourist and recreational special economic zone. Both projects have been implemented since 2010 year, but the indicators of their implementation are close to zero today. This is partly due to system-wide conditions: unlike industrial-production and technology-innovative SEZs, port and tourist-recreational zones in Russia, in fact, have not yet taken place and have not become attractive for investors. Nevertheless, the mechanism of the SEZ in the DFO is not to be refused. On the contrary, all the experience of what was created during this time is supposed to be the basis for the future network of territories for advanced economic development.

Taking into account the "turn to the east" it is assumed that the territories of advanced development in the Far East will be oriented to export to the countries of the Asia-Pacific region. Since each of the regions of the DFO has its own specifics and priority development sectors, somewhere better logistics, and somewhere more mineral deposits, the reasonable use of the initial data of each specific region will help realize the potential of the district as a whole.

Primorsky Territory is allocated for creating special conditions for investors in the region. On the basis of the Sollers-Far East plant it is proposed to create a new industrial-type SEZ for the production of automotive components. It is also possible to create an industrial-production SEZ for the project of a new shipyard "Zvezda", which is being implemented on the initiative of Rosneft and with the participation of Gazprombank with a focus on offshore projects. The tourist and recreational zone is not forgotten. Russian, whose infrastructure was developed thanks to the APEC-2012 summit. But to revive its work, new incentives are clearly needed. According to economists, Primorye is the key transport and logistics center in the Far Eastern Federal District, the most prepared for integration into the Asia-Pacific region. The creation of new SEZ will be very useful for solving this problem.

In the Khabarovsk Territory the situation is more complicated. After three years of existence, PSEZ "Sovetskaya Gavan" could cease to exist (the period established by law). The PSEZ did not have residents, either because of the complicated and long procedure for approving them, or at the expense of the absence of potentially interested residents who have the necessary financial resources. However, the zone will continue to exist, for which the following actions were taken. The edge is allowed to create its own management company to minimize costs (with the participation of OAO Special Economic Zones), solve bottlenecks in the BAM, hampering supplies (the construction of the Kuznetsovsky Tunnel - one of the largest investment projects of railway workers), build a coal-fired CHP plant with the capacity of 120 MW, it was decided to expand the zone by including sections of the Vanino seaport (at 40 kilometers north of Sovgavan). It is assumed that for 49 years the combined SEPZ will attract more than 210 billion rubles of private investments, provided that it starts its work. And she can start working. At least that's what the Khabarovsk Krai government and the federal government think of, which can not simply take and close the first project of the port special economic zone in such a strategically important region. It is important that business groups interested in exporting their products through the ports of Khabarovsk Krai show interest in this SEZ.

Work on the realization of the economic potential of the regions of the Far East has been conducted all these years at a rather slow pace and according to the principle of extracting raw materials and taking it out of the region. Today we can note a very clear message from the federal government - it is necessary to create favorable conditions for the development of large-scale projects that promise great benefits in the long run. DFO regions have experience in creating special economic zones, which so far has not been effective due to the lack of systematic work in this direction. But at the present stage, the creation of new SEZs and the revitalization of existing ones can make a significant contribution to the development of the territory. The best prospects in this regard are the new projects of industrial production zones in Primorye and the renewed and expanded project of the port SEZ in the Khabarovsk Territory.