Primorsky Krai 10:22 French investors expressed interest in working in the Far East
09:30 Trutnev: a third of direct investments are realized in the Far East
Primorsky Krai 09:21 Connection to power grids in Primorye has acquired a social character
Amur Region 09:00 Amur level near Blagoveshchensk exceeded eight meters
Khabarovsk Krai 08:30 The third village was closed due to COVID-19 in the Khabarovsk Territory


Magadan region 08:20 Indigenous peoples of Kolyma will be reimbursed for the cost of quotas for salmon
Trans-Baikal Territory 08:00 Introduce lockdown due to coronavirus proposed in Transbaikalia
Trans-Baikal Territory 07:45 Smuggler with 12 gold bars was detained in Transbaikalia
Khabarovsk Krai 07:30 In the Khabarovsk Territory, vaccination is partially suspended
Irkutsk Region 06:30 Emergency mode due to fires introduced in the Angara region


03:30 The Russian government has allocated 46 billion rubles for new social benefits
03:00 Coronavirus in the Far East: information on the morning of June 25, 2021
More news
Media News2

The Primorsky Territory is the epicenter of the operation of new preferential regimes for investors: Vladivostok's free port started here, one of the first territories of advanced development (TOR) is open here. The ultimate goal of the authorities, I hope, is not investment, but still in people - they should stop leaving the Far East in search of a better life. EastRussia measured some demographic and migration indicators of Primorye to understand what is wrong. 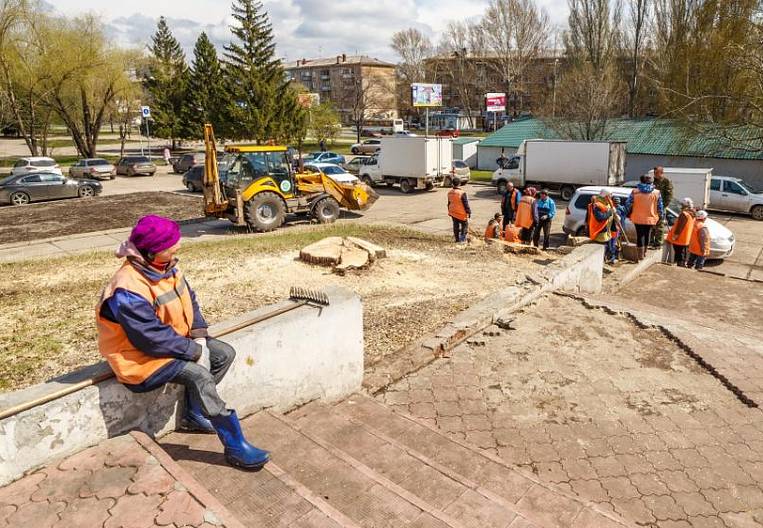 Photo: shutterstock.com
Judging by the figures placed by Primorsstat on the official website, for the last five years the number of the permanent population of Primorye has decreased on average by 5,4 thousand people per year.
Now in the province lives 1 923 116 people, which practically confirms the results of calculating the prospective population, which the Rosstat administration in Primorye provided at the beginning of 2016. In accordance with the same calculation, in 2036 year in Primorye will remain 1 875 175 inhabitants.

So far, unfortunately, the pessimistic calculation of Primorskstat is coming true, and not optimistic, formulated in the Concept of Demographic Policy of the Far East for the period up to 2025. Its strategic goal, on the contrary, is to stabilize the population at 6,2 million people by 2020 and increase it to 6,5 million people by 2025, to 8 million to 2030.

What happens in fact, dealt EastRussia.

The outflow of the indigenous population is being compensated for by the influx of labor migrants. In particular, the data of the Ministry of Internal Affairs for the Primorsky Territory indicate that 2 220 830 people are registered at the place of residence in the region - they are indigenous people and migrants who have registered. In 2017, the number of foreign citizens who arrived to the Primorsky Territory for employment was 120 430. The purpose of entry is indicated by the foreigners in the migration card.

Work in the region arrived in the past 2017 78 736 citizens of Uzbekistan, this is the most numerous labor migrants from the republics of the former Soviet Union.

A huge stream of Chinese workers is a myth. According to the Department of Migration of the Ministry of Internal Affairs of Russia for the Primorsky Territory for 2017 year, the main flow of arriving foreigners is indeed the citizens of the PRC (47,5%, 186 859 people). But the main purposes of their location in Primorye are: tourism - 56,8%; commercial and business trips - 23,3%; labor activity - 14,4%; study - 4%; private goals - 0,8%.

Meanwhile, from the perspective of the director of the Asia-Pacific Institute of Migration Processes Yuri Avdeev, the regional potential of labor resources at present can not meet the current needs of the economy of Primorye in cadres. So, according to the data of the Maritime Labor Exchange, on 5 July 2018, employers' companies announced 89 785 vacancies, while only 10 166 Primorye registered as unemployed.

On the one hand, there are many countries around us in which there is a surplus of labor, and there are no problems with a shortage of labor resources. But since 2018, new quotas for workers from the DPRK in accordance with the UN sanctions are not allocated, and their share will significantly decrease. According to Yuri Avdeev, replacing North Korean construction workers with labor migrants from the PRC is economically unprofitable, since such a labor is much more expensive (according to some data, up to $ 1 thousand per month). And providing an influx of labor from such APR countries as Malaysia, Bangladesh, India, which was discussed at a meeting in the administration of Primorsky Krai, seems to be a fantastic event.

TO COME TO WORK - AND TO STAY

While the main inflow of migrant workers is provided by citizens of the CIS. But, according to the chairman of Primorsky regional public organization "Consultation Center for Migration and Interethnic Relations" Sergei Pushkarev, the Primorsky Territory budget still loses up to 1,5 billion rubles. annually, since only a fifth of the newcomers pay taxes at best.

In accordance with the information of the Federal Tax Service of Russia for Primorsky Krai, as well as the Ministry of Internal Affairs for Primorsky Krai, in 2016 8 328 foreign citizens who worked in Primorye under the patent paid more than 210 million rubles to the consolidated budget of the country. In 2017, this amount increased to 423,5 million rubles. The patent was already acquired by 14 151 foreigners (not citizens of the Eurasian Economic Community).

Meanwhile, former compatriots from the republics of the USSR consider Primorye not only as a place for employment, but also as a territory for permanent residence. They and their children have been maintaining a positive balance for several years, that is, fewer migrants leave the region than annually enter. The first place among the entering and remaining are Uzbekistan and Ukraine. The third place is for the citizens of Tajikistan, the fourth for the natives of Armenia.

In accordance with the data of the UVM of the Ministry of Internal Affairs for Primorsky Krai, for 2017 year they acquired Russian citizenship in a simplified order 3 034 rights. In the top three Ukrainian citizens - 1 102, Tajikistan - 694, Armenia - 386.

Compensate the outflow of labor and migrants from far abroad. Every year a quota is established for the issuance of work permits to foreign citizens and invitations to enter Russia for the purpose of carrying out work. In the Primorye Territory last year this quota provided 20 331 permission (in 2016 year - 20 404). However, the percentage of exhaustion of the quota last year was 48,8% (only 9 920 work permits were issued). As a rule, such foreigners work primarily in the construction sector, agriculture, manufacturing. According to the Ministry of Internal Affairs, in 2017 in Primorye, by invitation, including within quotas, permission was given to 173 to highly qualified and 1437 qualified foreign specialists and members of their families.

I'm going ALL the same - "FOR RUBLES"

Despite the fact that the flow of those wishing to obtain Russian citizenship and come to work in Primorye from the CIS republics, as well as from neighboring countries does not run out, the loss of the indigenous population can not but worry.

The ANO "Agency for Human Capital Development in the Far East" (ARCHC) noted that this year the Ministry of Regional Development of Russia, with the participation of the agency, developed amendments to the law "On employment of the population in the Russian Federation". Previously, Far Eastern employers were forbidden to recruit workers from other regions, territories and republics of the Far East under the mobility program - now this ban will be lifted after the bill is signed by the president.

According to the current legislation, the state supports relocation to regions with a shortage of personnel through a program to increase labor mobility. The employer is paid 225 thousand rubles. from the national budget for each highly qualified employee - subject to co-financing by the company itself in the amount of 75 thousand rubles. These funds can be spent on helping with the relocation and arrangement of the employee and his family members, solving the housing issue, improving his qualifications, and paying allowances.

But increasing the mobility of other Russian specialists only at first glance seems an easy task. Newly arrived specialists from other regions of Russia set a high standard for Far-Eastern employers. First and foremost, they pay high wages (moving to the Far East is associated with job seekers with a significant increase in their income), secondly - housing, payment for moving to work (tickets) for the employee and family. Some expect to pay for luggage.

These data are confirmed by the results of polls conducted by the All-Russian Public Opinion Research Center (VTsIOM) and the research of the Agency for Adaptation and Support of Traveling Agency employees. According to VTsIOM estimates, 45% of the polled Russians are ready to move to the Far East if they are offered work with a salary of 50 to 100 thousand rubles, 49% - from 100 thousand. According to the Agency, now specialists are moving to the Far East from Astrakhan, Belgorod, Kemerovo, Leningrad, Tambov, Chelyabinsk regions, St. Petersburg, Krasnodar Territory and other regions.

THE EAST IS NEEDED BY ENGINEERS

According to the calculations of the ARCHK, in the Far East there is an acute shortage of personnel in shipbuilding, agriculture, timber and food industries, coal, gold and ore mining, and in the aviation industry. In connection with the development of resident companies, the demand for labor market is changing: the demand for highly skilled workers and engineers is growing. In ARCHK predict that to 2025 year the Far East will require staff to occupy the order of 120 thousand new jobs, half of them must go to visitors.

Meanwhile, the economy of Primorye already needs highly qualified personnel. According to the Primorskaya Labor Exchange as of July 1, 2018, among the highest paid professions of employees is a welding engineer (average salary is 42 rubles); production preparation engineer (777 rubles); process engineer (41 rubles). In accordance with the "Forecasting system for personnel needs of the Primorsky Territory for the planning period of 562 - 40", due to the implementation of investment projects in the region, 459 jobs will be opened, most of the vacancies will appear in 2019.
Tags: migration staff demography Outflow Far East