In the Trans-Baikal Territory, within the framework of the national project “Safe and High-Quality Roads”, 88,7 km of regional roads and 29,1 km of roads in the Chita metropolitan area were to be brought into normative state. In total, the region was allocated 2,8 billion rubles for these national project events this year. Spent money, carried out repairs, but it turned out that not everywhere the work was done efficiently. 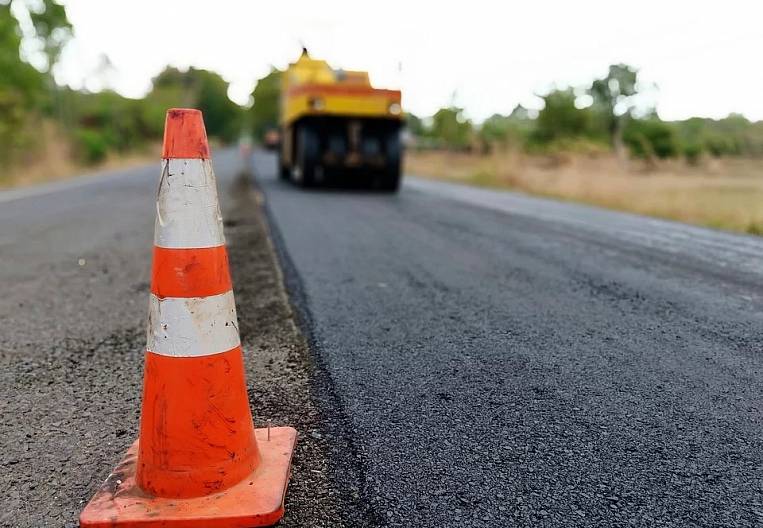 Recently, the governor of Transbaikalia, Alexander Osipov, while on a working trip in the Uletovsky district, examined a section of the road - the entrance to the village of Drovyanaya, which was repaired in the framework of the national project. He called the head of the region a disgrace, because the contractor laid asphalt on the slabs. That is, on a broken road, they first patched it, and then laid new asphalt. 128 million rubles were spent on a plot of eight km. Work included the laying of asphalt concrete pavement, the installation of fencing. All this contractor - Service LLC - did ahead of schedule in August and said that everything was in order with the road.

This is not the first case of harsh criticism of the road workers by the authorities. In July, the head of Transbaikalia, who personally supervised the repair of roads in Chita, set a "stake" for work on the implementation of the national project.

“There are organizations in the region and in neighboring regions that can make roads. But, apparently, they incorrectly organized the work, or hoped that a certain organization would carry out these work. Moreover, it was clear that they did not formally go through the documentation that they had prepared for themselves, and everything would be canceled. This is a pure stake, ”Osipov noted then.

In September, the governor at the operational meeting voiced shortcomings on the implementation of road repairs in Chita.

Then Osipov instructed the city authorities to take samples of the laid asphalt from all repaired facilities, to carry out their examination and to show utmost exactingness to the results of the work.

According to him, the slopes and drainage system of the streets are again ignored, and the junctions of new and already covered with asphalt road sections in some places are done in the most ugly way - with differences between the coating levels of five cm or more.

Nevertheless, many were satisfied with the repair of the Chita roads, which, by the way, was carried out using new technologies. Chita has not seen such a massive reconstruction for a very long time. The main complaints of citizens are to dumps of broken curbs and the lack of repair of sidewalks.

Particularly acute in Transbaikalia was the question of the quality of roads after three terrible accidents, two of which killed 11 people in the Aginsky district, and in the third accident with a bus in the Sretensky district of 1 on December 19 of the Transbaikals died. Now an investigation is underway, the case was transferred to the central apparatus of the RF IC, which finds out all the factors that led to the tragedy. It is possible that the quality of the road was one of the reasons for the terrible accident.

This year in Transbaikalia, 147 people were killed at the places of road accident. According to the chief freelance surgeon of the regional Ministry of Health Sergey Myasnikov, the number of accidents in the region has been declining over the past three years, but there are many serious accidents with many injured.

One of the factors influencing accident rate is the unsatisfactory condition of roads and streets in the Trans-Baikal Territory. EastRussia was told in the propaganda group of the State Traffic Safety Inspectorate of the Ministry of Internal Affairs of Russia for the Trans-Baikal Territory that in the ten months of 2019, 271 accidents occurred in the region due to poor roads. Nevertheless, law enforcement officers note a almost two-fold decrease in indicators compared to the same period last year. In 2018, for this reason, 481 accidents occurred. The number of fatalities in road accidents decreased due to the unsatisfactory condition of roads - this year, 29 people died, and last 68. The number of injured in such accidents halved, from 563 people in 2018 to 347 in 2019. However, these indicators have not yet included data on three resonant accidents that occurred in Transbaikalia in November and December of this year.

The day before the accident involving a bus in the Sretensky district in Transbaikalia, an inter-fractional working group of the State Duma “Baikal” worked, which checked the quality of the work performed as part of the national project “Safe and high-quality roads”. Having studied the roads of Chita, deputies advised the local authorities not only to pave the roads, but also to expand them.

“The city this year was allocated a large amount for the road network. Irkutsk and Ulan-Ude have been implementing similar tasks on their territory for the third year, and Chita is the first time. It is nice to see that an integrated approach is being taken to solve the transport problems of the city. However, it is not enough just to deal with asphalting, it is necessary to solve a lot of issues so that people in traffic jams do not stand, roads widen, ”said Sergey Ten.

Now about 80 km of regional roads, including access roads to the villages of Beklemishevo and Drovyanaya, have repaired the road Mogoytuy - Sretensk - Olochi, Ivanovka - Aleksandrovsky Zavod - Borzya, Krasnokamensk - Matsievskaya. In the Chita metropolitan area, almost 30 km of roads were brought into normative state - these are 15 streets.

In the 2020 year, according to the national project in the region, it is planned to reconstruct and overhaul about 160 km of roads of regional significance, as well as 42,6 km of roads of the Chita city agglomeration.

According to the Minister of Transport of Russia Yevgeny Dietrich, in general, the situation with roads has worsened in 35 regions, including the Trans-Baikal Territory. The official advised the regional authorities to pay particular attention to improving road safety in the 2020 year.

“In the 2020 year, the subjects of the Russian Federation should pay particular attention to the implementation of engineering and technical measures to improve pedestrian safety, control the speed of traffic flows, prevent collisions of vehicles and overturn them,” the minister said.

Also, the regions were recommended to increase the length of road sections equipped with artificial lighting, to repair sidewalks in settlements in order to exclude collisions with pedestrians. Will the situation in the Transbaikalia next year change after this, time will tell.