News October 25 2021
Kamchatka 05:00 QR codes and additional restrictions are introduced in Kamchatka
04:37 Every third Internet user watches streams, and every eighth user streams himself
Primorsky Krai 04:30 Tiger cub was rescued from a trap in Primorye

In the wake of the rise in the tourist flow in Vladivostok, a trepang museum was opened. The project dedicated to one marine animal is unique - there are no more such museums in the world. He reveals the treasures of the Primorsky Territory in a new way. Even native Primorye residents know little about this sea cucumber and its beneficial properties for the body. And the founder of the museum, Dmitry Pavlov, a former guide-translator in China, assures that our Chinese neighbors know much more about trepang than we do. 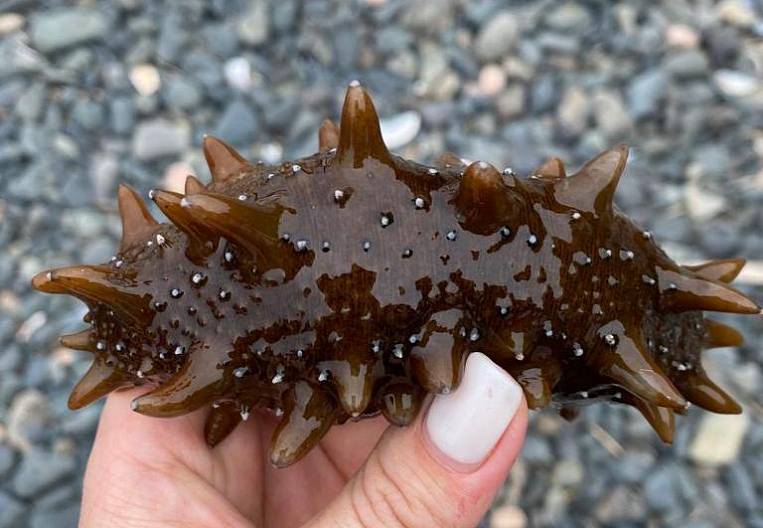 The nature of Primorsky Krai attracts Russian and foreign tourists like a magnet. One of the main points for which all residents of central Russia and neighbors from Asia go, is seafood. The bays of the region are rich in shellfish: oyster, spisula, mussels, scallop, sea urchin, trepang. All this can be tasted here in a freshness "fresh from the sea". 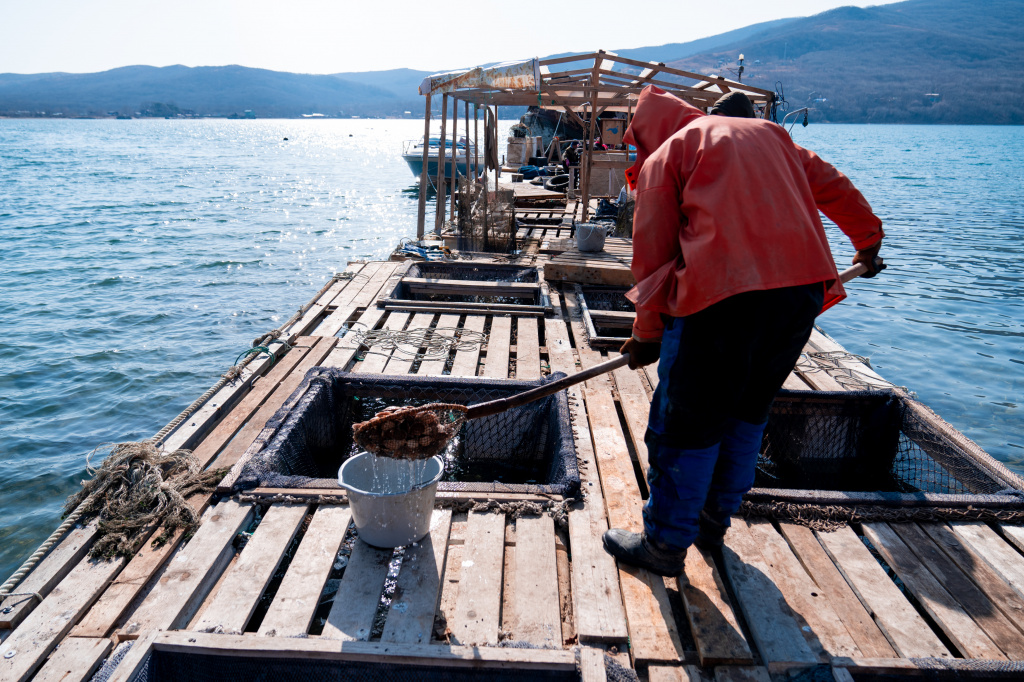 But there is one more important historical detail that, as they say, obliges. Vladivostok on old Chinese maps is designated as Haishenwei, which is translated as "trepanga bay". Many generations of Asians know very well that these places are the birthplace of the rare Far Eastern sea cucumber, the “elixir of immortality,” as they called it. The Chinese mined it in different ways in our bays, and therefore the Asians' attraction to Vladivostok is strong to this day.

According to Dmitry Pavlov, sooner or later the Trepang Museum in Vladivostok was to appear.

- Earlier, during my work as a guide, I was surprised by the fact that the Chinese know little about the name of the city of Vladivostok - but they know Haishenwei. And they knew better than our fellow countrymen that we have a useful trepang. More precisely, they knew its unique properties better. For them, the word "trepang" is a synonym for the word "Vladivostok". That is why they sincerely believe that the Trepang Museum in our city is the main museum of the city. Therefore, sooner or later, he had to appear, - Dmitry is sure. 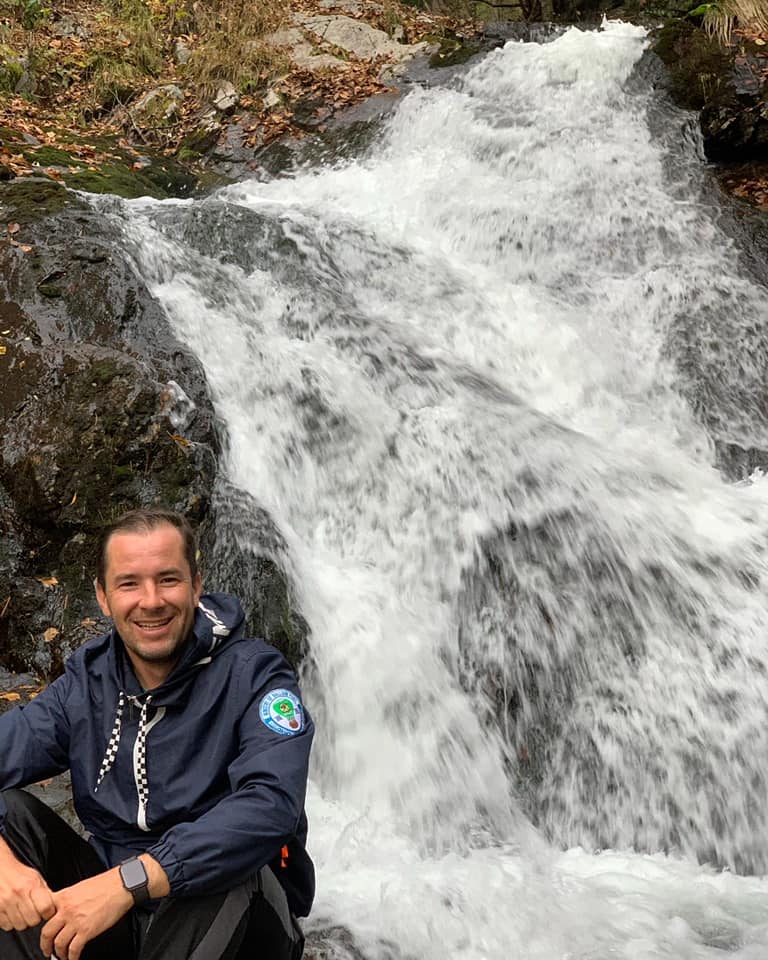 The fact that the Chinese know more about our trepang did not seem entirely fair to Dmitry. Of course, residents of Primorye know that trepang is a seafood and a delicacy that can be eaten, that it is useful, but not everyone knows exactly what. The Sinologist wanted as many compatriots and Vladivostok residents as possible to know about the unique heritage that they inherited from nature. They knew, were proud and cherished. Yes, trepang lives not only in the waters of the Sea of ​​Japan, but also in the Sea of ​​Okhotsk and other seas. Off the coast of China, trepangs are mined about 20 different species, but it is the Far Eastern trepang, whose homeland is Vladivostok, surpasses all its counterparts in its characteristics, which means it is valued higher.

Vladivostok residents take the presence of trepang for granted. Like hills and bays. "Sea cucumber" has been cooked and eaten for a long time, because it consists entirely of valuable protein. Until now, it can be caught practically in urban areas, for example, in the Amur Bay. Of course, there used to be much more of it here and there were large specimens. It was possible to collect trepang anywhere on the coast from Tokarevskaya Koshka to the Sanatornaya railway station - the city stretches along the coast. To do this, it was only necessary to go into the water - the heat-loving sea cucumber was found even at the "children's" depth "knee-deep". Old-timers remember these times with warmth, but even now, diving 3-5 meters with a mask, you can easily find echinoderms lying on the bottom here and there. 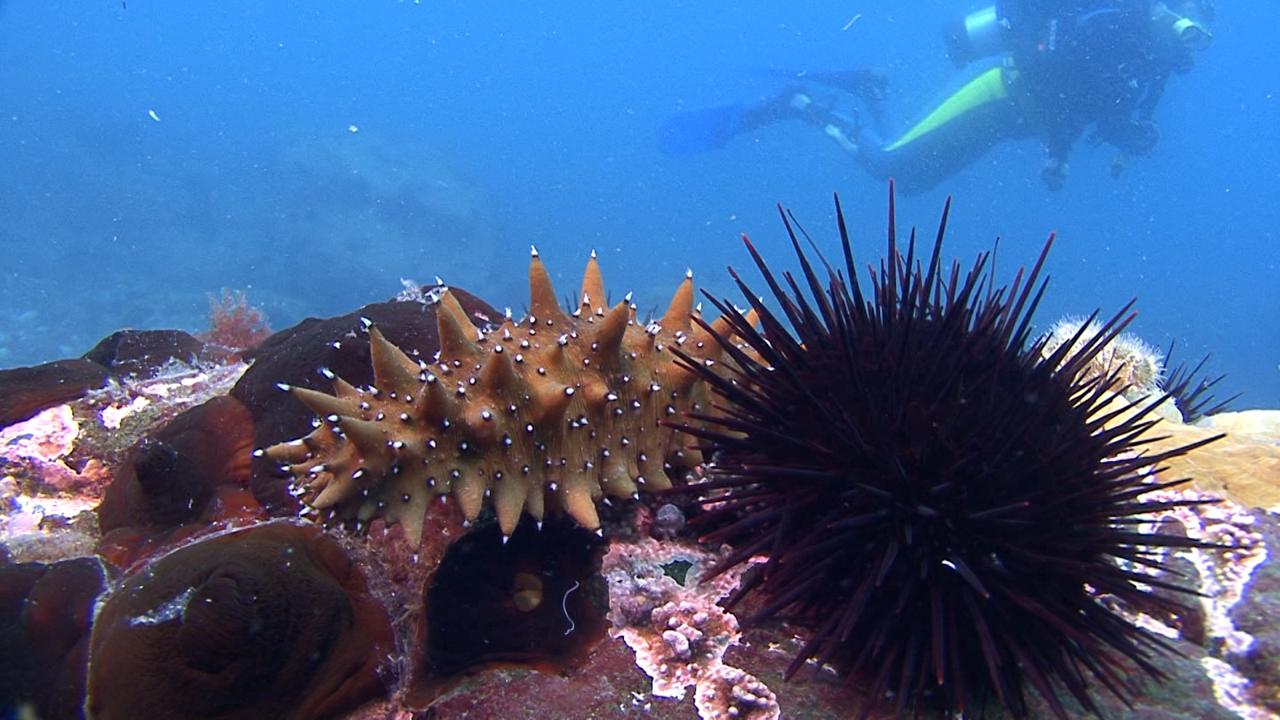 - Trepang is not just seafood that gives the Far Eastern cuisine a special flavor. This is a kind of symbol of Vladivostok, and a large number of legends and beliefs are associated with it. The most interesting of them are intertwined with Chinese historical facts. Museum visitors receive the most complete information about the sea cucumber in order to understand that the sea animal carries much more history about Primorye than they could have imagined, '' says Dmitry Pavlov, director of the Trepang Museum.

In his museum - by the way, a private one - Dmitry conducts educational activities, telling about the treasures of Russia. This is not only a trepang extract, it is also a chaga birch mushroom, and bear and badger fat, which Russians have been treating for many centuries. But, of course, most of the exposition is devoted to the sea "animal". Visitors to the museum are surprised to learn that this unique organism is one of the oldest living on Earth, it is 500 million years old. And this animal is also the record holder for the amount of amino acids contained in its tissues (22!) And elements of the periodic table (40!). Due to this, he has the rarest among the creatures living on the planet, the ability to regenerate. Divided into several parts, one trepang individual is able to fully recover into a full-fledged animal in a few months. Isn't that amazing?

Several halls tell the guests about the habitat and distribution of the sea cucumber, as well as about its properties, which represent a unique source of restoration of health and vitality for a person. Excursions are conducted by professional guides-consultants in Russian, Chinese, Korean, English. 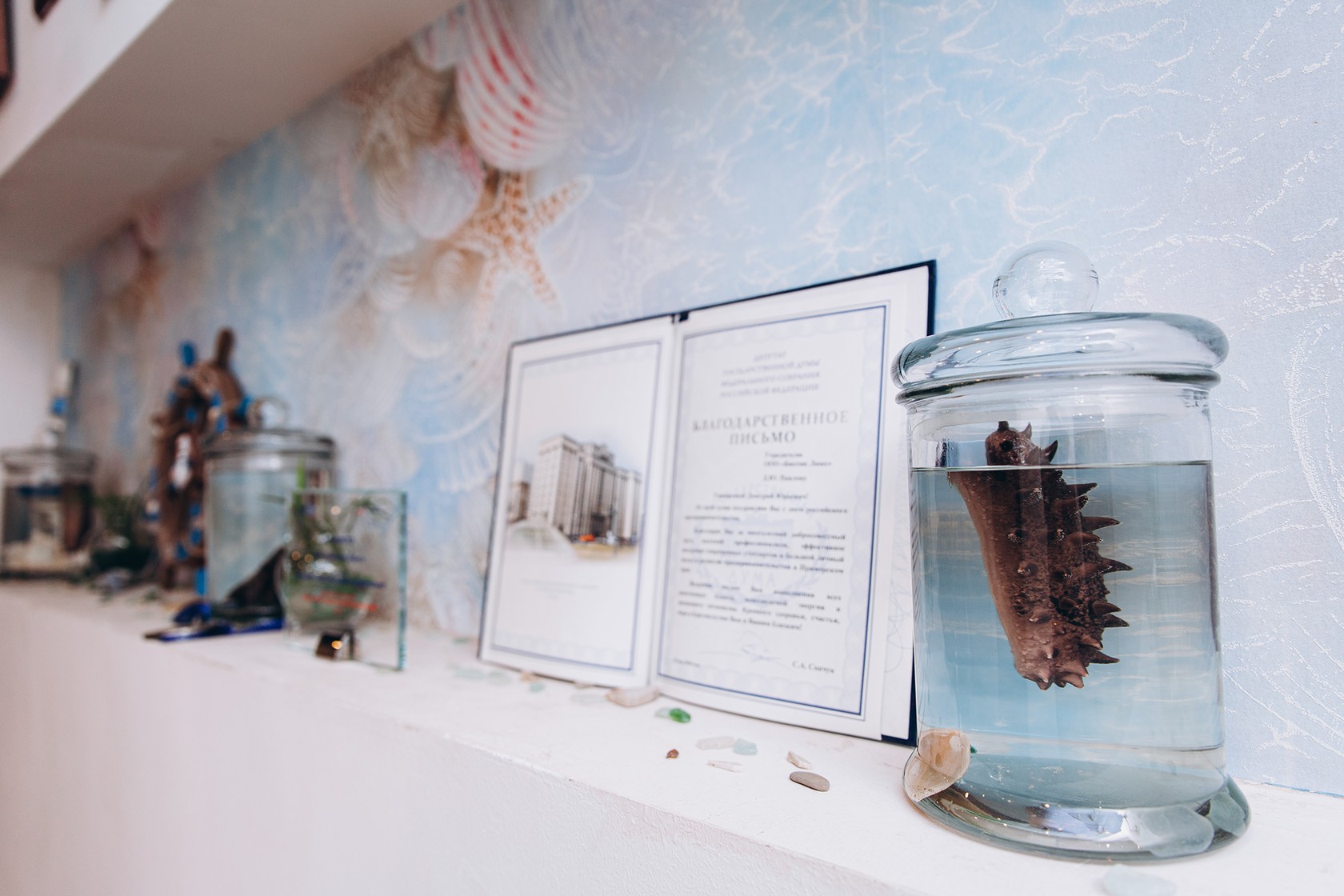 The museum uses everything that can tell about the sea - alcoholic exhibits of trepangs in flasks, paintings by local artists, a steering wheel, a ship's mast, an old geographical map. And, of course, beautiful photographs of the depths of the sea.

Of course, the most logical step for the trepang museum would be to install aquariums in which visitors could look at the living hero of the guide's stories. But so far this is too expensive an event, says Dmitry, because the museum is private.

- Despite its nondescript appearance, "sea cucumber" is very picky about the conditions of detention. Keeping a sea cucumber in aquariums is not easy. We need sea water of a certain composition and salinity, temperature, lighting. Separately, it should be said about the food, because sea cucumbers are the orderlies of the seas. They feed on what they collect at the bottom: the remains of dead marine life, algae, and small animals. So far, for us, such an aquarium is a dream to which we are going, - said Dmitry.

Before the pandemic, the vast majority of museum guests were from China, Japan and Korea. This is understandable: Asians know a lot about such things. Talking to the EastRussia correspondent, Dmitry even apologized for the fact that preference was given to foreign tourists. “Many townspeople complained that they would like to visit an interesting museum, but it was constantly under special service. This is true. Every day a bus drove up to the museum for a bus with groups of tourists, and all our guides and translators were busy, ”says Dmitry.

By the way, in the first year of the museum's life, more than 100 thousand people visited it. 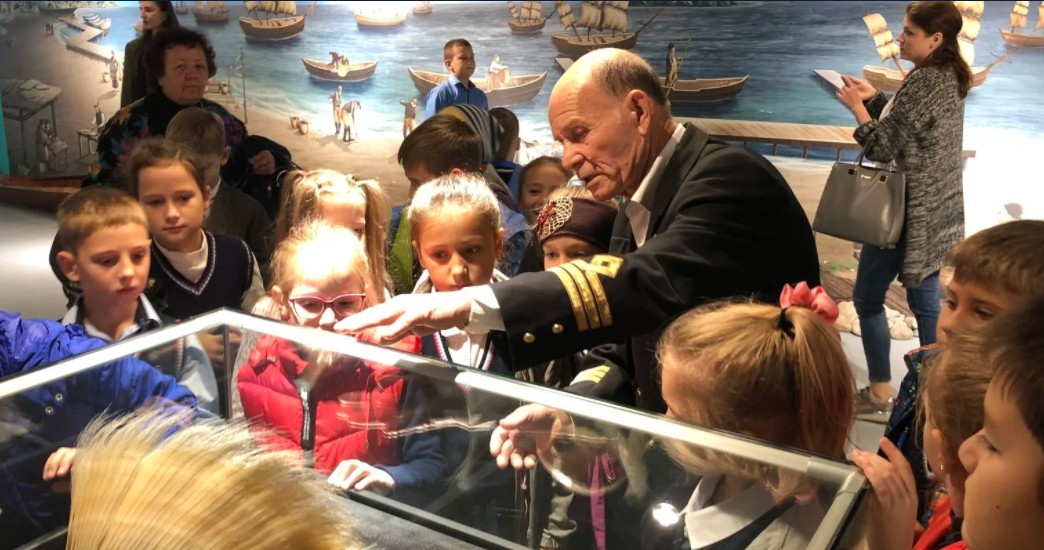 That changed when countries introduced coronavirus-related restrictions. The tourist flow has been redistributed towards domestic tourism, and now the museum is visited by tourists from central Russia, as well as groups of children from schools in Vladivostok and Primorye. An exciting quest "Find the golden trepang" was developed especially for young visitors, so that the children would learn the information in a playful way.

The space of the museum also serves as a place for scientific and practical conferences on the study of the sea and marine life.

By the way, for tourists in western Russia, the name "sea cucumber" is more understandable and familiar - in contrast to the word of Malay origin tripaing.

- When we come to the capital of the country for exhibitions, the difference is immediately noticeable. Muscovites know little about "trepang", but when you say "sea cucumber", they immediately understand what it is about, - Pavlov shares.

This strange invertebrate animal is also called "sea ginseng", and for good reason. Trepang products strengthens the immune system, increases efficiency, restores the work of internal organs. For this, our Asian brothers, who prefer natural treatment, appreciate the trepang. Probably, a logical continuation of the stories about the uniqueness and benefits of the Far Eastern sea cucumber was the production of dietary supplements with sea cucumbers, established by the founders of the museum. They can be purchased directly at the museum.

For the production of these additives, Dmitry has established cooperation with local marine farms that grow sea cucumbers in conditions close to natural. The museum also interacted with scientists from the Primorsky Territory, who studied the properties of trepang, who developed a method for processing raw materials and the composition of capsules.

Opened in 2018, the museum managed to collect a lot of regalia, it occupied its niche in the tourist Vladivostok and became a truly unusual visiting card of the city, incorporating an educational mission, an interesting object from the point of view of tourism and undoubted health benefits from it - a unique sea animal trepang ...