PSEDA enter the era of liquidation

Five years after the creation of the first three TASEDs (territories of advanced socio-economic development) in the Far East, Deputy Prime Minister and Presidential Plenipotentiary in the Far Eastern Federal District Yuri Trutnev instructed the relevant departments to analyze the effectiveness of such territories in the country and submit to the government a proposal to eliminate non-working TORs and special economic zones. Experts, however, are confident that the preferential regime is working quite well in the Far East, and the number of TOPs is unlikely to be seriously reduced. 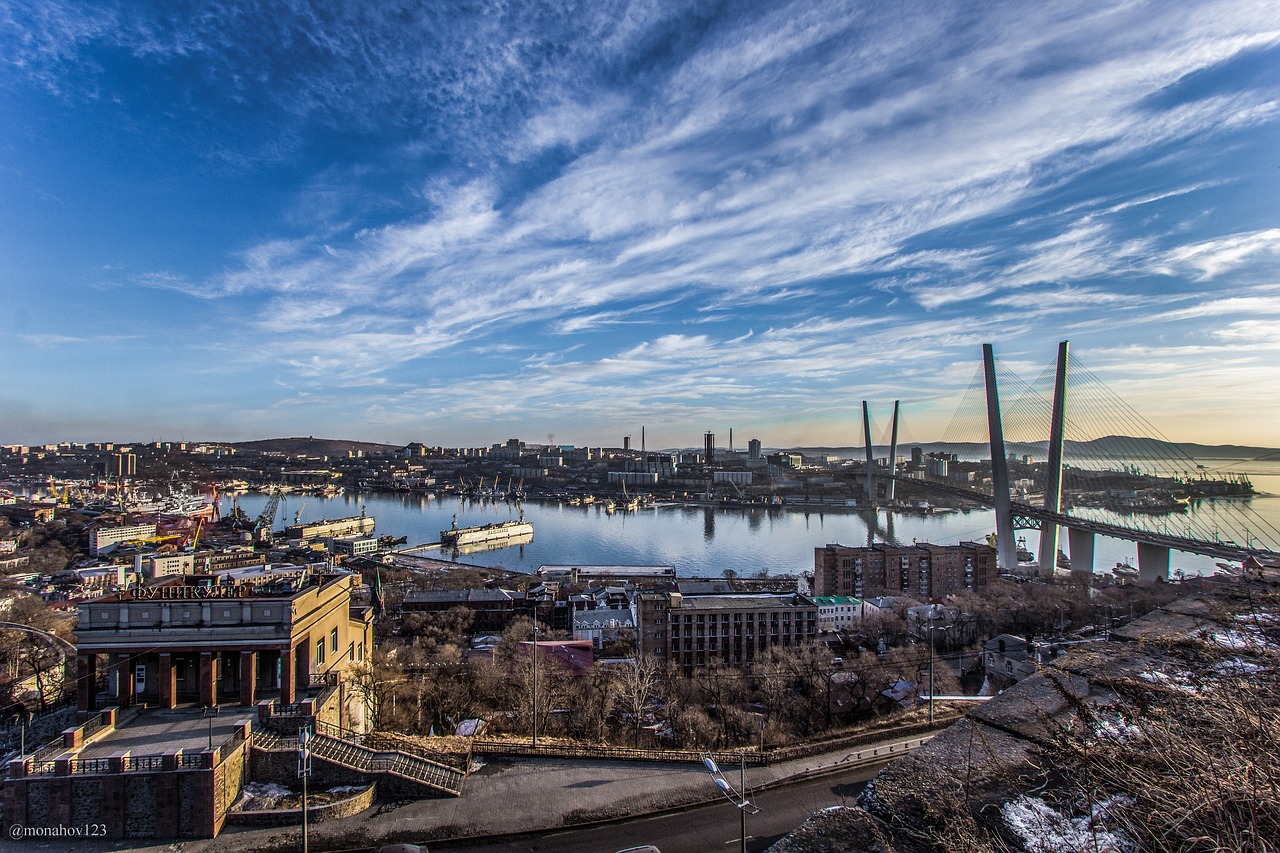 There are now 22 TORs in the Far East. Most of them are in the Primorsky Territory - four, three each - in the Khabarovsk Territory, Amur and Sakhalin regions. At the same time, according to the plenipotentiary, there are effective territories and those that are not in demand and do not bring benefit.

From the point of view of the ratio of private and budget investments, the preferential zones of the Far Eastern Federal District look quite good, the current value of the multiplier is 35,3 rubles per one ruble of budget investments in infrastructure. For example, in the North Caucasus, this ratio is only 60 kopecks per ruble of budget money. On the other hand, TASED appeared earlier than all in the Far Eastern Federal District, and the Accounts Chamber even stated that TASEDs in the Far East contribute to the outflow of money from the regions, and not economic growth.

Vladimir Putin pointed out the need to increase the efficiency of budget use in the creation and operation of ASEZs in order to prevent the creation of ineffective entities. In turn, Yuri Trutnev instructed the Ministry of Economic Development and the Ministry for the Development of the East to deal with each proposal for PSEDA and special economic zones, to make sure that they are viable and will work.

Experts have contradictory opinions on the initiative to “screen out” ineffective ASEZs. So, it is unequivocally approved by the financial consultant Maxim Krivelevich.

“Yuri Trutnev is one of the few officials with whose position I almost always agree, there would be more of them,” the candidate of economic sciences commented. - The problem with any bureaucracy is that it breeds bureaucracy. There is simply an endless number of places for officials, including in the TOPs and their management companies. How to get a civil servant to work? Bad results - your workplace is closed. And here it is not even a matter of a couple of redundant civil servants and the disbandment of stillborn territories. With the reduction, the stimulating effect applies to absolutely all officials. They realize that they are not in the production of "dead souls", but in the business of developing the Far East. It is imperative to close ineffective PSEDA, there is a ruling on the lazy and careless - the idea is correct, disciplining. "

Tuyara Gavrilyeva, a research professor at the North-Eastern Federal University, Doctor of Economics, believes that unprofitable ASEZs should be closed, since the regions cannot constantly give tax preferences for inefficient enterprises.

At the same time, according to the scientist, both Yakut territories of advanced development (Yakutia and South Yakutia) report well on indicators, private investments are coming in, new enterprises are opening.

According to Denis Garin, the executive director of the Association of TOP and FPV residents, the priority development areas in Primorye are developing relatively successfully, and in general, in the Far East, there is some movement in each of the PSEDA.

According to Garin, the main candidate for liquidation is, first of all, the "Neftekhimichesky" ASEZ in the Primorsky Territory. This territory was created for a specific company, but she refused to lead it.

The territory is located in the Partizansky district not far from Nakhodka. The anchor resident of the ASEZ was Vostochnaya Petrochemical Company JSC (VNHK), a subsidiary of Rosneft, which planned to create refineries for the production of motor fuel and other petrochemical products.

The amount of the declared investments for the project was 658,7 billion rubles. Obviously, for such a large-scale production on the part of the state, expensive infrastructure was required. Last year, Rosneft excluded VNKH from the investment program, citing a new government fiscal policy that would make the project unprofitable. The TOP is firmly "suspended" (besides the VNKH, there are two other, much more modest, anchor residents), therefore it is the first candidate for reduction.

Other territories of advanced development have their own difficulties, but, perhaps, they cannot be called frankly unviable. Still, more than 450 companies have become residents, and the total investment has exceeded three trillion rubles.

The executive director of the ASEZ Residents' Union Denis Gros believes that the example of the Khabarovsk ASEZ and the Avangard Industrial Park shows that everything is working quite effectively and is developing, the results are acceptable. For example, one of the very first ASEZ - "Nadezhdinskaya" - has turned into a large industrial cluster in five years, where 38 residents work in the fields of fish processing, production of building materials, auto components, the territory is already 90% filled.

As Maksim Krivelevich notes, the current residents of the ASEZ, who can close, should not suffer.

“They can be granted the status of a resident of a free port, resident of another priority development area. They will definitely not close the "full TOP" of residents, they will liquidate those where no one came or promised to come and did not invest anything. If you have three residents, each of whom has promised a billion, and you come to an open field, why do you need all this? For officials to puff out their cheeks? ”- notes the candidate of economic sciences.

Experts from the scientific field remind about the institutional weaknesses of ASEZs, which inhibit their development and can cause underinvestment. Director of the Institute of International Business and Economics of VSUES, Doctor of Economics Alexander Latkin recalls: the idea of ​​the TOP was to create new jobs to consolidate the Far East and restore the demographic potential of the Far Eastern Federal District. It turns out differently. For example, in the Bolshoi Kamen ASEZ, where a large shipbuilding complex is being created, there is a lot of work, but the process of filling vacancies was not in favor of the Far East - preference was given to specialists from other regions of Russia and even foreigners. A similar situation is developing in many other territories of advanced development.

The reckoning on the innovativeness of projects was not justified: there are few high-tech enterprises with places for highly skilled labor. This means that there is no chance of a turn towards export-oriented economy of the Far Eastern Federal District.

Also, the expectations that the PSEDA would create conditions for a higher quality of life were not met. In the same Bolshoy Kamen there are problems with roads, medicine, communal and social infrastructure.

“It would be better if there were not so many TORs, but in each of them the desired results were obtained in a timely manner, the main of which is a significant improvement in the quality of life of the Far Easterners,” notes Alexander Latkin.

According to the director of the Asia-Pacific Institute of Migration Processes, Yuri Avdeev, when you read the law on priority development territories, it is noticeable that the prescribed rules do not contribute to the normal operation of the PDA by definition. There is no long-term strategy in the documents, only the current tasks of attracting investments are being solved.

“I think the criteria by which residents are selected are fundamentally wrong. He brought a certain amount of money and, if the activity does not contradict Russian legislation, please do whatever you want. At the same time, it is not planned in advance what needs to be done on the territory of the TOP, the tasks for the potential investor are not set. But after all, the resident does not come to benefit the territory, but to recoup investments. As much as you like, you can admire individual projects, such as the Afromaxami SSC Zvezda being built on the stocks. There are many such projects in the Far Eastern Federal District, and this is good. However, there is no complex development of logically interconnected industries, which would have a positive effect on the output of products, their prime cost and competitiveness, ”- Yuri Avdeev believes.