"Torex" is melted in "Amurmetal"

On the night of 30 January, the acceptance of applications from potential buyers of the "single lot", uniting the production assets of the bankrupt OJSC "Amurmetal", was completed. Trades went unsuccessfully since 2015 year. Among the contenders for the plant were the Urals "Tagil Steel" and some traders. The next round was given to the first bidder - OOO "Torex". Earlier, the company announced its intention to build a factory for 200-250 thousand tons of steel per year near Khabarovsk. 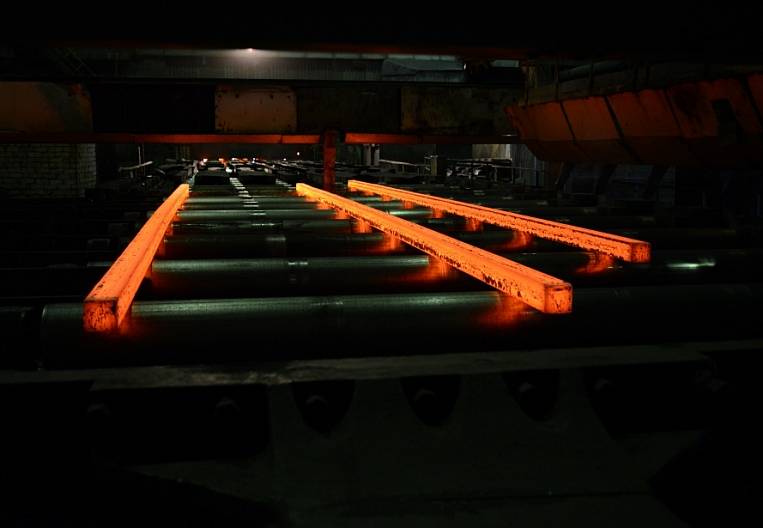 The only contender for the "single lot" of the property of OJSC Amurmetal was Khabarovsk OOO Toreks. This was reported by the press service of the Khabarovsk Krai Government. "Torex" should make a deposit in the amount of 20% of the initial value of the lot, according to the tender documentation at the site of the Interregional Electronic Trading System. Based on the current price of 2,46 billion rubles. This is just over 490 million rubles.

Governor of the Khabarovsk Territory Vyacheslav Shport stressed that for the regional authorities “it is important to preserve the unique enterprise in Komsomolsk-on-Amur”, and the appearance of Torex means that “the long and difficult stage of finding an investor is over”. “Today, under the leadership of the regional government, the second stage begins - the implementation of a strategic program for the development of the metallurgical industry in the region,” the governor was quoted as saying in the regional government's press service.

Bidding on the "single lot" of "Amurmetal" unsuccessfully went from 2015 year. Because of the lack of applicants, the initial value of the production assets of the only ferrous metallurgy in the Far East was gradually reduced from 9 billion rubles. To 2,4 billion rubles. Interest in the transaction was indicated by several players, including the Ural holding "Tagil Steel" and metal traders group of companies "North".

Dmitry Volkov, deputy chairman of the Khabarovsk government, curator of Komsomolsk-on-Amur development, told EastRussia that the regional authorities are ready to provide comprehensive support measures to the investor in Amurmetal. “This is a big set. From the Ministry of Eastern Development, the inclusion of the Amurmetal zone within the boundaries of the priority development area is being worked out. Work is underway with Russian Railways on measures that would make the tariff for delivering raw materials to the enterprise, on the one hand, economically viable to the plant, and on the other, not undermining the railroad’s income from the cargo base. Work with power engineers is underway, ”the official listed.

Despite the fact that the government of the region is not formally any party to the sale of Amurmetal's property, the plan for the development of the plant is in the hands of the authorities, Dmitry Volkov confirmed. "But each of these actions depends on the legally significant actions of the owner. The government of the region will work with the Ministry of Industry and Transport of the region, "he said. "We will do everything we can and even more to provide the most comfortable conditions for the restoration of production. The company "Torex" - in itself a non-poor company, it has the opportunity to attract on it both its own and borrowed resources, "said Dmitry Volkov. "There will be no miracles in this history, regular support mechanisms will work, including, possibly, along the lines of the JSC" Fund for the Development of the Far East and the Baikal Region, "the deputy chairman of the Khabarovsk government said.

EastRussia Help. The authorized capital of LLC "Torex", according to Kartoteka.ru, - 2 million rubles. Revenue LLC for 2015 year - 683 million rubles. "Torex" in equal shares belongs to Nikolai Mistryukov, whose partner in metal trading was previously the State Duma deputy from the LDPR Sergei Furgal, and Larisa Starodubova. Nikolai Mistryukov owns stakes in several other enterprises related to the trade in ferrous scrap, as well as Khabarovsk Electric-Steel Plant LLC (registered in 2011, does not yet carry out activities). "Torex" is a resident of the TOP "Khabarovsk". On the site in Rakitnoye, the company intends to build a metallurgical mini-plant with the capacity of 200-250 thousand tons of cast billets per year with an 30-ton electric furnace. Now the company harvests about 300 thousand tons of scrap per year, exporting it to the APR.

In "Torex" their participation in the auction has not yet commented.

It should be noted that earlier the company insisted that the maximum capacity of Amurmetal is only 1 million tons per year instead of the declared 2 million tons. For three quarters of last year (the last data disclosed by the plant), Amurmetal smelted 167,84 thousand tons of liquid steel and produced 71 Thousand tons of long products. Accounts payable of the enterprise at the end of the third quarter was estimated at 35,51 billion rubles, including overdue - 30,29 billion rubles.