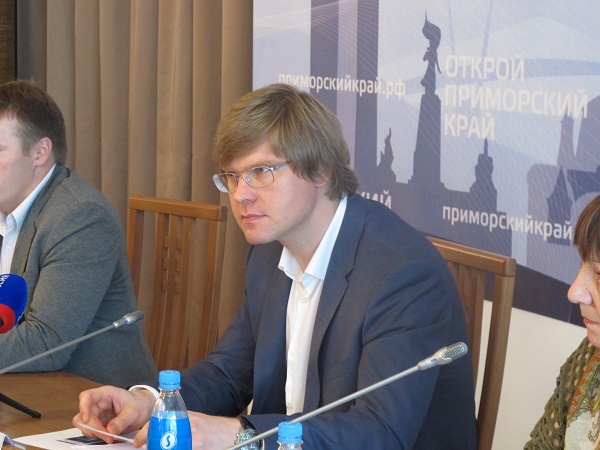 Vice-Governor of Primorsky Territory Sergei Nekhaev told EastRussia how important the status of a free port is for Vladivostok, and shared his impressions of the past "zero readings" of the draft law on a free port in the Public Chamber of the Russian Federation.

- Sergey Viktorovich, you sent out a bill on the free port of Vladivostok 56 to public organizations, enterprises connected with the port infrastructure, businessmen, and received an 91 proposal for revision. Which of these proposals do you consider to be the most important?

- This is perhaps the first bill when the federal government hears us and together with us finalizes the final version of the document. Many experts who expressed their opinions and proposals at the “zero readings” in the Public Chamber did not know that these changes were taken into account in the second version of the bill. We got some déjà vu: when the first time representatives of the Ministry for the Development of the Russian Far East arrived with the first version of the bill in Primorye, we criticized, discussed loudly, swore. We were united by only one goal: we want to make an experiment on the territory of the region - to make a breakthrough. After a heated debate, the second version was born.

We took into account the main proposals that came from experts, from deputies, from municipalities, from business related to logistics, from ports, from investment investors, etc. And if we are talking about the second version of the bill, then many questions have already been removed. For example, we talked about unnecessary powers of management companies - in the second version they are not.

The main proposals that came from representatives who studied the first version of the document concern administrative barriers, customs regulations, other procedural things important for the territory of the free port.

So, if we allow foreign citizens to enter the free port for seven days and even expand it, as suggested by Alexander Monastyrev, General Director of the Asia-Pacific Economic Integration Fund of the Asia-Pacific Countries, it will be an incredible synergy for us, because Primorsky Krai is a tourist destination. enclave of the Far East. We are ready to accept the flow of people entering within the framework of the opportunities offered by the bill for investment. But for us it is very important that tourism become a part of this stream.

- One of the experts called the "zero readings" of the draft law on the free port euphoria, because there are not enough legal mechanisms. What is your opinion?

- It is necessary to look very clearly at the mechanisms for implementing the bill. Of course, legal mechanisms are complex, and we ourselves will insist on improving their aspects. We take an active part in the consideration of the draft law: we look at what is being taken into account, is not taken into account, somewhere we argue with the Ministry of Eastern Development, but we are following it in the same trend, supporting the very idea of ​​this document.

Of course, when we talk about visa-free entry of citizens, the issues of security, location, customs procedures that will be on the territory are very important for us. Therefore, complex regulatory procedures will have to be approved with border officials and customs officers. We will look at the practice, and we should not be guided by the experience of Germany or England - in the case of Vladivostok, we should look towards our neighbors, study at least what communist China has done in this regard.

- In general, how does the Primorye business perceive this bill?

- We arrived in Moscow for the “zero readings” of the draft law in the Public Chamber by a large delegation of about 15 people, and the general attitude - of business representatives, port infrastructure, and the authorities - is to support the concept of the draft law in the second version. Members of the Public Board, experts acted as consultants who help us to clarify the norms, to prescribe more clearly the regulations, to synchronize the work of the Ministry for the Development of the Russian Far East and the regional administration on what and where needs to be clarified so that loopholes for corruption do not appear in the law, or, conversely, this or another norm became inoperative.

- After what time can we expect an economic effect from the law?

- On the basis of the Far Eastern Federal University, scientists together with the administration of the city of Vladivostok are developing a business model and a miscalculation of its economic efficiency. So far we have not come to a common opinion, with business for example, about tax preferences and the forms that should be.

What are we trying to do now? We are talking about how we should calculate the economic model and the consequences that will be in the region after the adoption of this bill in the medium and long term. We asked Minvostokrazvitiya to analyze the financial and economic consequences for budgets of different levels (local, regional, federal) in order to conduct research with those municipalities that, under the second version of the bill, will enter the free port of Vladivostok.

- It is implied that the free port will include not one Vladivostok, but entire 12 municipalities. Do you think this is too big scope?

- There is logic in this. We have a transport and logistics region, and when we consider this process from the point of view of macroeconomics, we are not only talking about the port infrastructure. On our territory, the projects MTK-1 (International transport corridor "Primorye-1") and MTK-2 (International transport corridor "Primorye-2") are underway. These are huge transport corridors that start from the port infrastructure and end with roads and railways. The concentration of municipalities around these MTK-1 and MTK-2 will give the project a comprehensive solution from an economic point of view.

- According to your forecasts, when will there be a free port in Vladivostok?

- Primorsky Territory and Vladivostok are more interested in this bill than anyone else. Perhaps because the genetic memory of Vladivostok residents is strong: the bill goes beyond the term “free port”. This is a territory of freedom for a free city. We want the bill to be passed this year, so that it works in 2016.