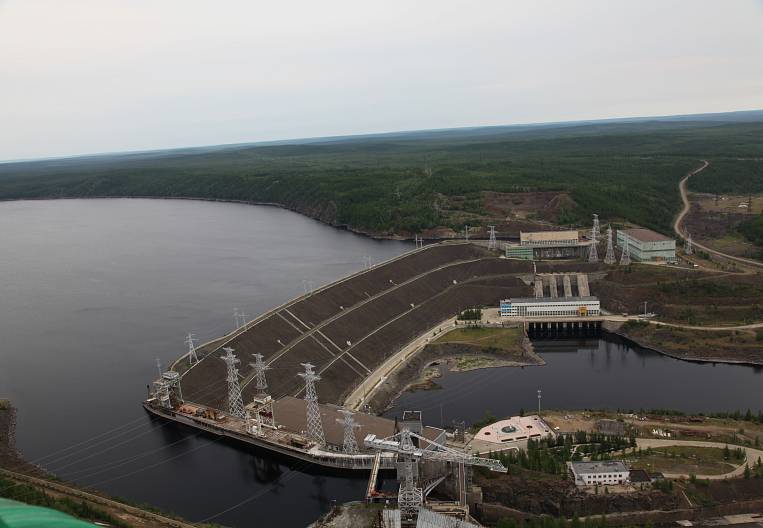 В Interview with Kommersant Sergey Tolstoguzov, Director General of RAO ES of the East, explained that it complicates the modernization and construction of new energy facilities in the FEFD and how to change the current situation.

"RAO ES of the East" is still working in non-market conditions, canceled in the rest of Russia seven years ago, writes the publication "Kommersant." In the opinion of Sergey Tolstoguzov, Director General of RAO ES of the East, "The Far East remained a separate island where market mechanisms do not work - this is one large non-price zone with isolated power systems".

"There are many reasons for this - both the topology of the networks, and territorial limitations, and the underdevelopment of energy supply sources, and sparsity," he admitted in an interview with the publication. "That is why the full tariff regulation is preserved and, as a result, there is a problem of the absence of mechanisms for the return of investments."

Total tariff regulation in the local energy industry complicates the task of modernizing and building new energy facilities. As S.Tolstoguzov has told, «today to us mortgage profit in tariffs, but it is minimal, and it is impossible to raise sharply the prices - the consumer can not pay more». That is why "RAO ES of the East" proposed to the government to abandon the total tariff regulation in the local energy sector and move to a new mechanism that takes into account the return on investment within 20 years.

“We have developed a number of proposals, which are based on long-term tariff fixing. Now the FTS is considering the possibility of introducing regulation for three to five years ahead. For us, the 20 term would be optimal for years - only in this way we will be able to disclose to potential investors adequate conditions for the return of investments, because in five years you will not pay for a large station. If we talk about specific tools, we would like to see RAB regulation in the networks, and in the generation - the introduction of mechanisms that guarantee the return of capital and profitability, ”explained the expert. So far, all these mechanisms are coordinated with the relevant ministries and presidential envoy to the Far Eastern Federal District Yury Trutnev.

S. Tolstoguzov shared that the new model of the heat market in the Far East will allow to bring prices for heat to the market level by attracting investments. In order to attract an investor, “it is necessary to ensure that the existing heat tariffs are brought to an economically sound level with subsequent“ correct ”long-term indexation, which allows to preserve the effects of the implementation of measures to improve efficiency in the tariff.

“It is also necessary to take legislative measures to improve the payment discipline and efficiency of collection of receivables - after all, the receivables for the DFO for electricity and heat today exceed 19 billion rubles. Finally, it is required to legally provide support to the subjects of the thermal business, ”he said. According to S. Tolstoguzov, “this is the most honest and correct design, so participants in the heat market will be able to build a financial model, determine a guaranteed cash flow, predict the payback of the investment project, attract money from banks, within a certain calendar period.”

“Now, when we don’t understand what the tariff will be tomorrow, it’s quite difficult to talk with banks about any investment projects,” he said.

In an interview with Kommersant, the general director of RAO ES of the East shared the details of the Far Eastern energy development program being developed by RAO ES Vostok up to 2025.

"We have prepared our program that will ensure reliable electricity and heat supply to consumers and meet the growing demand of the DFO economy. This is not just about replacing equipment, but about trying to adapt our infrastructure adequately to the demands and challenges that dictate the development of the Far East: changing the topology, the layout of stations, their power. At the same time, we must fit into the growth rates of tariffs envisaged by the Ministry of Economic Development. In addition, our parent company RusHydro has large-scale tasks to build new hydro plants in the region. And it is very important for us to link the plans for the development of the hydro potential with plans for the construction of heat generation facilities on the territory of the Far Eastern Federal District, "the interlocutor of the publication shared.

According to him, although "the gas has come to the Far East," "it is extremely important to preserve the competence of coal-fired stations, as there are large coal reserves in the region that can become one of the main drivers of the development of the Far East economy." "Now RAO ES of the East is the largest consumer of thermal coal in the country. And coal will remain for us a key type of fuel, it will always take more than 50% in the company's energy balance. It should be borne in mind that thousands of people work on the fields, they receive salaries and pay taxes, this is an entire infrastructure, and one should not leave it. Plus there are areas where there will not be gas, probably never, "he said.

According to the program, it is planned to output 3 GW of inefficient old capacities and to enter 4,1 GW of new ones. "We do not forecast a huge increase in installed capacity, because the power system of the Far East already has a large enough reserve, which puts pressure on the tariff. However, we may need another order of 4 GW if an effective implementation of the project for the territories of advanced development starts, "- revealed the details of S.Tolstoguzov.

As for financing, “in a quiet way, the development program provides for 440 billion rubles. investments up to 2025 of the year, of which up to 2020 of the year - about 290 billion rubles. Approximately 40% of this amount is required for the reconstruction - this is an investment in the development of the electric grid infrastructure, the transfer of heat networks, the modernization of existing facilities. ”

"A certain part of the funds will come from depreciation, at the expense of tariffs, which we will use for the implementation of the program, another part is the credit resources. But again, we need to introduce investment return mechanisms so that banks willingly give money. The third - perhaps, state guarantees, the National Welfare Fund (NWF). The rest will have to be taken from the budget, it will be irrevocable money, without interest payments and pressure on tariffs, "the expert said. According to S.Tolstoguzov, "where exactly to get the money for large infrastructure projects in the Far East, the state should decide, taking into account the needs of new enterprises."

“Today's tariffs do not allow financing at all. But on the other hand, the example of four new stations that we are building by presidential decree on budget money received from the capital increase of our main shareholder, RusHydro, shows that after 2016, we will get a rather powerful additional source for the implementation of the investment program from depreciation . So, such injections from the state provide a tool for increasing the investment program for other projects, ”says Tolstoguzov in an interview with S.

According to him, the European Bank for Reconstruction and Development and the European Investment Bank are participating in the Vostochnaya TPP project in Vladivostok. The deal was recognized as the best in the energy sector in Central and Eastern Europe. Asian partners show great interest in their presence in the region, primarily China, Korea and Japan. “We have signed a number of agreements with companies from these countries and have begun to work out joint projects. But here we have to figure out how to guarantee a return on investment, ”said the general director of RAO ES of the East.