Legal conflict occurred in the open taiga. Officials share the road built in the framework of the investment project by a private company in the Polina Osipenko region of the Khabarovsk Territory. Why the object created on the basis of federal subsidy money and located on the lands of the forest fund, they want to take into the regional property, an EastRussia correspondent found out. 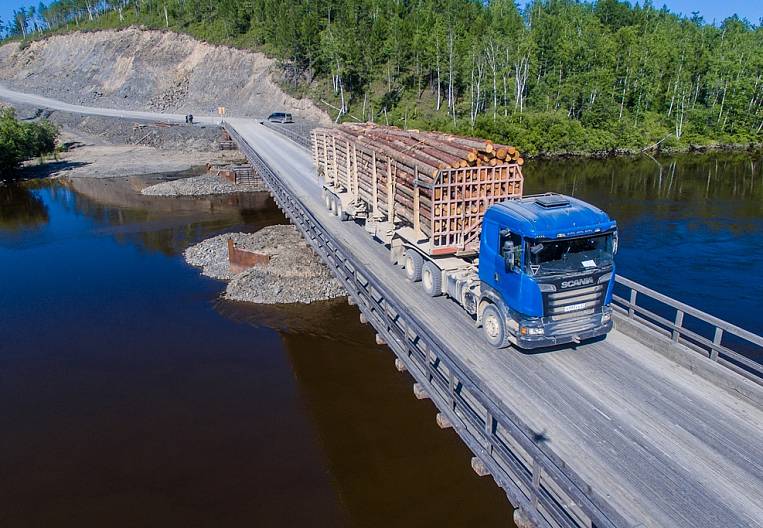 Claims to the implementation of plans for the construction in the village of Berezovoye of the Solnechny district of a modern wood processing plant a year ago led to the project being deprived of the priority status by a stroke of the pen of the governor of the region. By that time, the enterprise itself was ready for 70%, there they commissioned a pellet shop, designed initially for processing production waste into fuel pellets, and a modern roundwood sorting line.

Investments in the project together amount to 8,2 billion rubles, including funds of the state-owned VEB corporation - 5,3 billion, own funds of the project initiator - BM Group holding - 2,06 billion, a subsidy of the Ministry of the Russian Federation for the development of the Far East and the Arctic to compensate for the costs of building infrastructure facilities - 0,84 billion rubles (including for the construction of roads - 0,58 billion).

Financing from VEB was directed to the acquisition of the plant's processing lines and part of the construction and installation works, BM Group money - to the part of the construction and installation works, roads and bridges, financing from the Ministry of Eastern Development - to roads, bridges and the generation workshop. At the same time, 100% of shares of Asia Les LLC were pledged by Vnesheconombank, which today actually makes the state corporation the ultimate beneficiary of the company.

The region received not only the road from the implementation of the project, but also 350 of new jobs, additional budget revenues and an improvement in the investment climate, as conditions were created for the development of large business.

The harmonious system of interaction with investors in the case of Asia Forest LLC failed not only when the project was deprived of priority status. The regional forest management appealed to the arbitration court in order to deprive the businessmen of the timber road, for the construction of which (including a seven-span bridge over the Nemilen River) they spent 220 million rubles from a subsidy of the Ministry of Eastern Development.

In February of this year, the forest road was assigned cadastral number 27: 12: 0000000: 233, the ownership of it was registered for Asia Forest LLC, which built it on a plot of land leased from the state (the agreement with the regional ministry of natural resources was renegotiated on April 21 of 2017 of the year ) The basis was the conclusion No. 2515-17 issued by the Committee for State Construction Supervision and Expertise of the Government of the Khabarovsk Territory. According to it, a timber road is recognized as an object of capital construction of category IVl. The permission for its construction back in 2015 was issued by the administration of the municipal district named after Polina Osipenko.

Forest management is now insisting that the 12,5 km long road is a temporary structure. Based on this argument, his employees dispute the fact of registration of the road in the property. In the text of the statement of claim, it sounds like this: "... such roads can only be created as temporary objects within the forest fund lands (they are used by the forest user only for the period of forest use, and upon completion of forest use they must be reclaimed) and are not real estate."

“If we proceed from what the forest management of the Khabarovsk Territory Government appeals to, then Asia Forest LLC should not be deprived of property rights, but should be obliged to rehabilitate (destroy) this road along with the 246-meter bridge. These are the requirements of Article 13 of the Forest Code of the Russian Federation, ”explains Yegor Egorov, representing the interests of Asia Forest LLC in court.

The Ministry of the Russian Federation for the Development of the Far East and the Arctic has already been involved in the process, since its experts have carried out an audit of the expenditure of the subsidy and have complete information about what the project initiator did with this money. The first meeting in regional arbitration has been postponed until December 18.

The forest route has also become expensive for residents of the national village of Vladimirovka, who previously could only go outside by boat. The village, which is the place of compact residence of the Negidals, may be cut off from the outside world. The decision and their fate largely depends on the court. Nevertheless, long before the trial, the fate of the forest road in the Polina Osipenko region was decided by Governor Sergei Furgal.

“Federal money was allocated for the construction of this road and the bridge - more than 500 million. Therefore, I will ask everyone to stop the tantrum. This is actually not the property of the company, but federal property, or rather, regional property. Both this road and this bridge stood and will stand because federal money was allocated there, ”the head of the region insisted in a television interview.

The fact that the highest official of a constituent entity of the federation confuses the concepts of federal and regional property is somewhat unimportant in this context. Another thing is important - there is no clear explanation of how the government of the Khabarovsk Territory will enter the ownership of the disputed forest road. Perhaps she will buy it, not forgetting to return the money to the relevant federal ministry.

This alignment is a big question. Since even if we imagine the worst case scenario for the timber merchants - bankruptcy, all the property of the enterprise should be sold at auction in whole or in part. Moreover, the external manager will be obliged to include in the bankruptcy estate not only the constructed workshops, production facilities and equipment, but also bridges and roads - as objects of completed capital construction that are privately owned.