Own corner: the housing problem of orphans in the Amur region is solved in a new way

The long-standing and very painful issue of allocating housing for orphans who, after 18 years of age, leave social institutions, has every chance of being successfully liquidated within a few years in the Amur Region. This became possible thanks to the introduction of a new form of support for such a category of citizens - we are talking about housing certificates. The document actually gives the graduate of the orphanage the right to a one-time social payment from the regional budget - it can buy a full-fledged apartment. The Amur region became the third constituent entity of Russia, where they began to accept applications for such certificates. EastRussia found out what documents are needed to complete the application and which of yesterday's orphanages will receive state aid in the first place. 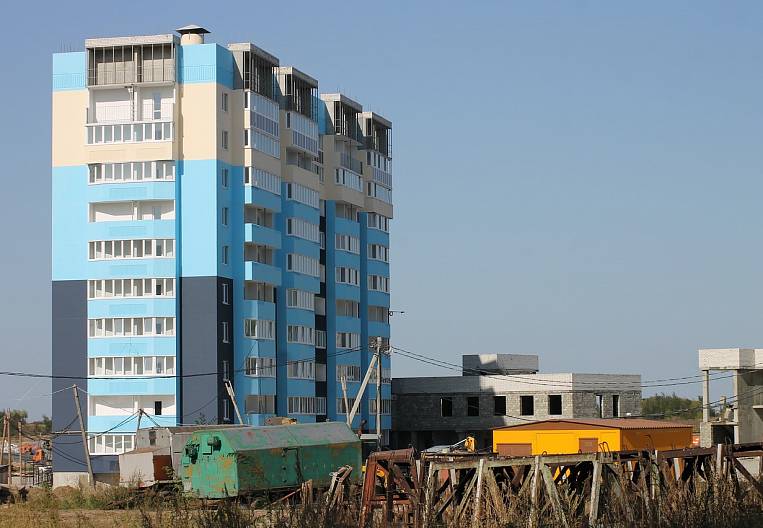 THE BEGINNING OF THE WAY

At the federal level, specialists from the Russian Ministry of Education developed a bill that provides for the procedure for issuing housing certificates at the end of February. The initiative stipulates the nominal value of the registered document - 1,487 million rubles. It was calculated based on the average cost per sq. meters of living space in Russia in the fourth quarter of last year. The certificate will allow a graduate of the orphanage to buy an apartment of about 33 sq. meters at a price of 45 rubles per "square".

The regions where the new format for providing orphans with housing was adopted this year are Stavropol and Perm regions. There, the acceptance of applications from citizens of this category was announced in the spring and early summer, respectively. In the Far East, certificates have been issued for two years in the Primorsky Territory, in the Khabarovsk Territory they plan to start this work in 2021, in Transbaikalia they really hope to start processing documents this year. In the Amur Region, they switched from plans and words to real actions.

Already in mid-March, the Governor of the Amur Region Vasily Orlov announced the forthcoming issue of housing certificates to inmates of orphanages who are 25 years old. At the beginning of 2020, there were almost one thousand such citizens - all of them, having graduated from social institutions, were waiting for their turn to receive state-guaranteed housing. Many orphans have already managed to find a job and even start their own families - it is these Amur residents who can apply for a housing certificate in the first place. A prerequisite is the implementation of continuous labor activity for at least 12 months (except for women with two or more children, or a child under the age of three, or a disabled child).

This year, 94,8 million rubles were allocated from the budget of the Amur Region to start an important social program. They wanted to distribute this money together for 50 citizens. A small but very important step in supporting yesterday's orphans over time, according to the regional government, will close the gap in the situation with the housing issue for orphans.

The Ministry of Social Protection of the Amur Region, EastRussia, reported that the total number of orphans who are in line for housing is currently over three thousand people. More than 900 citizens are suitable for the conditions for issuing a housing certificate, but this figure will grow every year: children in orphanages grow up and leave institutions, and new children come to their places.

Adjusting to this constant increase in orphans, the Ministry of Social Protection actually combines the current practices of housing policy with new instruments, one of which is the issuance of certificates. By the way, for orphans this form of support, although it involves more requirements, but at the same time allows you to quickly get an apartment in full ownership.

“When an orphan leaves the orphanage and receives an apartment, the right to use it is formalized under a special rent agreement. In five years, if the checking authorities - guardianship authorities, social services - confirm that the orphan has adapted, found a job, pays for utilities on time, uses housing without complaints and problems, the apartment is transferred from special rent to social rent. And on these terms of use, the orphan can eventually privatize it, transfer it into property. And the certificate assumes that the acquired housing will immediately be the property of the orphan, ”explained the Minister of Social Protection of the Population Natalya Kiseleva.

The head of the department also noted that holders of a housing certificate may not be limited to a limit of 1,487 million rubles. If additional funds are available, orphans can buy an apartment of a larger area - for this they can participate in lending programs, including under the terms of the Far Eastern Mortgage, use personal and borrowed funds, as well as other support measures.

The preparation of the regulatory framework, the approval procedure in the Legislative Assembly of the Amur Region and other paperwork took several months. In mid-June, the Ministry of Social Protection of the region officially opened the acceptance of applications from orphans for a housing certificate. Documents could be submitted until August 1 - 99 people did not want to wait for their turn to receive an apartment, 40 Amur residents approved their applications almost immediately, and then another 12 orphans were included in the list, thus exceeding the plan of 50 people. Personal certificates were handed over to them on August 31, and by the end of this year, people must purchase apartments.

“The funds have been allocated from the 2020 budget, so the certificate must be sold by December 25. If it is not possible to use it for an objective reason, each such case will be considered by a special commission. I can assure you: if the orphan does not use the certificate, he will not leave the queue, we will resolve such issues individually, ”the head of the Amur Ministry of Social Protection emphasized.

Governor Vasily Orlov confirmed that the new support measure for orphans turned out to be timely and in demand. Therefore, the government of the Amur Region will continue to implement this project.

“Thanks to the new support measure, we will be able to provide housing for 2020 people in 286. For comparison: 2019 orphans found their home in 205, ”the head of the region summed up.

Now the Ministry of Social Protection of the region accepts documents from orphans who will receive housing certificates in 2021 and 2022. Graduates of orphanages can apply to the department before October 1 of this year. The application for the issuance of a certificate must be accompanied by:

In addition, the Ministry of Social Protection has established several priority criteria. For example, ex-orphanage residents who are 25 years old and have two or more minor children or one disabled child have the priority right to issue a housing certificate. However, the applicant orphan must live with their children. Residents of Amur who do not meet these criteria will wait for their certificates in the second stage, which will be formed by the date of application submission - faster luck for those who previously applied for support.

According to the Amur Ministry of Finance, just to provide apartments for citizens who are waiting for their turn for a housing certificate today, about two billion rubles are needed. At the same time, this is an unbearable amount for a small Far Eastern region, so the issue will be solved in stages and, probably, with the involvement of federal funds. However, the government promises to provide the regions with subsidiary support for these purposes. 2020 billion rubles will be distributed between the subjects of the Russian Federation from 2022 to 7,7.