In the Kamchatka Territory, a full-cycle pig breeding complex is being prepared for commissioning. The leader in the production of chilled pork and meat and sausage products in the region - Agrotek LLC - will raise 44 thousand pigs a year in the Elizovsky district. 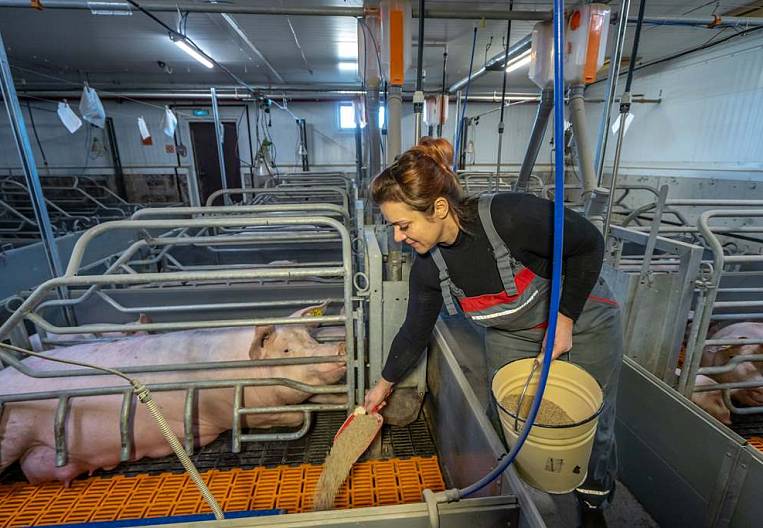 The Agrotek company built a pig farm worth one billion rubles a year ago near the village of Lesnoy. There are only a few months left before the opening of the enterprise: it is only necessary to carry out landscaping work.

“We had to re-do the design of the sanitary protection zone for our site and buildings, since the requirements for design documentation have changed since our call,” explains Vladimir Rubakhin, General Director of Agrotek LLC. - The pig complex will be fully operational by the end of 2020. A modern enterprise with a full production cycle will represent one site where sows and newborn pigs are located, rearing, fattening and the final stage when the gilts are taken to slaughter are carried out. "

Today more than 700 people work at the enterprises of the holding. The pig complex will provide the Kamchatka Territory with another 60 jobs. In the Elizovsky district, the resident of the Kamchatka ASEZ will continue to develop elite Yorkshire, Landrace and Duroc breeds. For the first time in the region, there will also be copies of a Danish supplier located in the Lipetsk region. Now the technologists of Agrotek are doing an internship there.

“In the ten years since the launch of our farms, the productivity of breeds has increased. When the population is relatively small, inbreeding is also possible over time. To avoid this, we need to update the herd and achieve the best performance in the industry, - Vladimir Rubakhin is sure. “We're only going to raise Yorkshire pigs and keep a few boars. We will not be a genetic farm, but we will integrate into an international holding and will use material from the mainland. "

Soybeans and corn for the new livestock, as well as for other farms, will be grown by Agrotek in the Primorsky Territory in cooperation with the agricultural holding Chernigovskiy (TOR Mikhailovskiy). The compound feed from this crop is produced by the Kamchatka Mill plant (resident of the Kamchatka ASEZ). The development of a fodder base in the Primorsky Territory is one of the three directions of the project for the development of pig breeding in the Kamchatka Territory with a total investment of about two billion rubles. Two others - the construction of full-cycle pig farms and pork primary processing shops - are being implemented on the peninsula.

Usually the company closes the local market for chilled pork and meat and sausage products by 70-80%, but in February-March this year, sales increased. According to the entrepreneur, this may be due to the fact that the Far East returned from their January holidays and, being on the spot, are more actively purchasing domestic products.

“There is practically no import on our local market,” says Vladimir Rubakhin. - Kamchatka is a region that today largely provides itself with meat products. So far, we do not plan to go far beyond the Far East. Pork is sold for the domestic market, we sell small amounts of meat and sausage products in Primorye, Sakhalin, Chukotka, Khabarovsk and Magadan. "

The tools of the Kamchatka ASEZ, within the framework of which the pig breeding complex was built, allow Agrotek to maintain a competitive level of salaries, increase the livestock and maintain an attractive price tag for pork in the region.

“The Far East Development Corporation helps us in many issues. Of the preferences, it is especially important to note the reduced interest rate on tax deductions to the wage fund, - says the head of Agrotek LLC. - In general, a meaningful state policy in the development of the agro-industrial complex is visible and is bearing fruit. Today, all the strategic directions for the development of agriculture are supported by various programs at the federal and regional levels, and they are all saturated with resources and finances. Everything we do - we do, relying on these tools ”.

The industrial park "Nagorny", 19 km from Petropavlovsk-Kamchatsky, will become a new support mechanism for Kamchatka's food production. All communications have already been carried out there, it remains to connect the gas to the park's own boiler house. Technological connections for "park" residents are free. Agrotek became the "anchor" company of "Nagorny" with an area of ​​14,02 hectares.

"The industrial park option allows us to build infrastructure cheaper, because 75% of the cost under this program is reimbursed by means of a federal subsidy received from the Ministry of Economic Development of the Russian Federation, and this is very promising," concludes Vladimir Rubakhin. 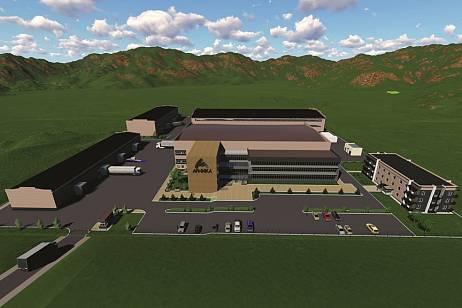