In the "Albazino Resources" they are honing the most modern methods of responsible environmental management, introducing environmentally friendly behavior at all levels of the production process and in everyday life. An EastRussia correspondent was able to see with his own eyes how this works. 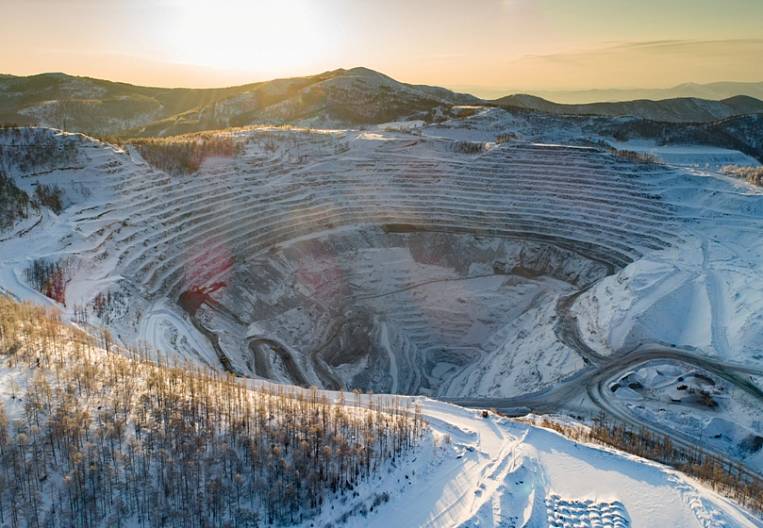 Cooler than the law

ISO 140001: 2015 environmental certification in a frame in the most prominent place in the department of environmental protection - not so much a matter of pride, as proof of the high level of enterprise responsibility.

- There are certain requirements stipulated by environmental legislation and binding. The international standard, in accordance with which we have passed the next recertification, is set in an even more rigid framework, the bar is raised even higher, ”explains Alexander Zenkov, deputy head of the environmental protection department at Albazino Resources LLC.

The recertification audit was completed by a gold mining company last year. The procedure is carried out by an external auditor whose task is to verify the fulfillment of all parameters set by the standard. Albazino Resources has a 100% hit. This applies to the collection and accumulation of waste, the use of energy-saving technologies, a closed cycle of water supply and other subtleties.

- The certificate is important both for us, as an indicator of strict compliance with environmental requirements, and for investors. If it is available, they can be sure that the enterprise is environmentally friendly, that we are responsible for what we are doing, - Alexander Zenkov specifies.

Respect for the land, invading the bowels of which at the company of the company "Polymetal" in the area of Polina Osipenko mined gold ore, made a priority. And this concerns not only the production facilities - the quarries, the underground mine and the processing plant, but also the shift camp, where more than a thousand people live at the same time.

The environmental protection department says that environmentally responsible behavior is the concern of every employee, but this does not mean that even a simple handyman should understand all the details. It is enough to know what waste is generated at its production site, and where it should be disposed of for temporary accumulation. He does not need to know the exact MPC figures, for example. Observance of elementary requirements - maintaining order in the workplace and the sanitary condition of the territory ultimately develops into one general puzzle, which allows to almost nullify the damage that a person can inflict on nature in such a production. Moreover, the requirements are the same for “our own” and for contractors. 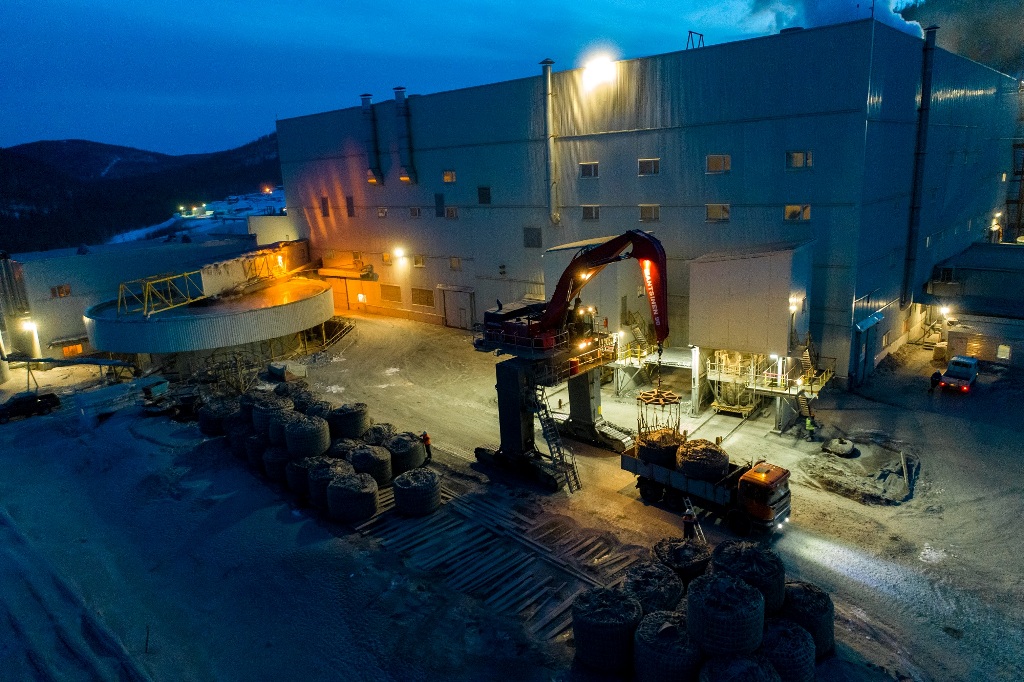 Speaking about waste, the chief engineer of the company, Oleg Voronin, shares one of the know-how who received a start in life here:

- We have a license for all types of waste management, even for recycling the car tire. We are probably the first company in Russia that recycles tires in an underground mine.

Used tires are disposed of as part of a filling mixture to fill cavities formed after mining.

A wasteless cycle also exists in the handling of glass. It is not thrown away, but crushed to the state of fine dust and is used as a blend (impurity necessary for the separation of precious metals from ore samples and waste of the beneficiation plant) in the analytical laboratory. The process is suitable for any unpainted glass.

To reduce greenhouse gas emissions, heat utilizers were installed at diesel power stations in the village of shift workers. Now installations that produce electricity, heat the water that goes into the heating system. Reduces the load on the boiler room, burns less fuel. And in the boiler houses themselves, two years ago, they began to use used engine oil, which had previously undergone special cleaning. Automotive on the "Albazino Resources" is more than enough: every day on the industrial site goes to 40 cars. On the production and residential areas there are three drinking water supply wells and five technical wells. The process water mainly goes to the technology of the processing plant, watering roads and fire fighting if necessary. Water for domestic use enters the treatment plant. Purified wastewaters are not discharged, but are fed into the water circulation system and used at the processing plant. It is economical and environmentally friendly.

Caring for the environment here is visible even in small things. For example, this year they installed a repeller for ducks in order to exclude the possibility of their nesting at tailing dumps (storage sites for waste of a gold recovery plant).

- There is nothing dangerous. But birds can not be there. The repeller reproduces the cries of birds of prey. I didn't even like it, the chief engineer laughs and adds:

“And we recently concluded an agreement with the Komsomolsk fish farm, purchased a batch of salmon fry. We let them out into the river - a kind gesture to replenish natural resources. Since 2015, about 84 thousands of fry have been released with the participation of the company. We not only take, but give in return. 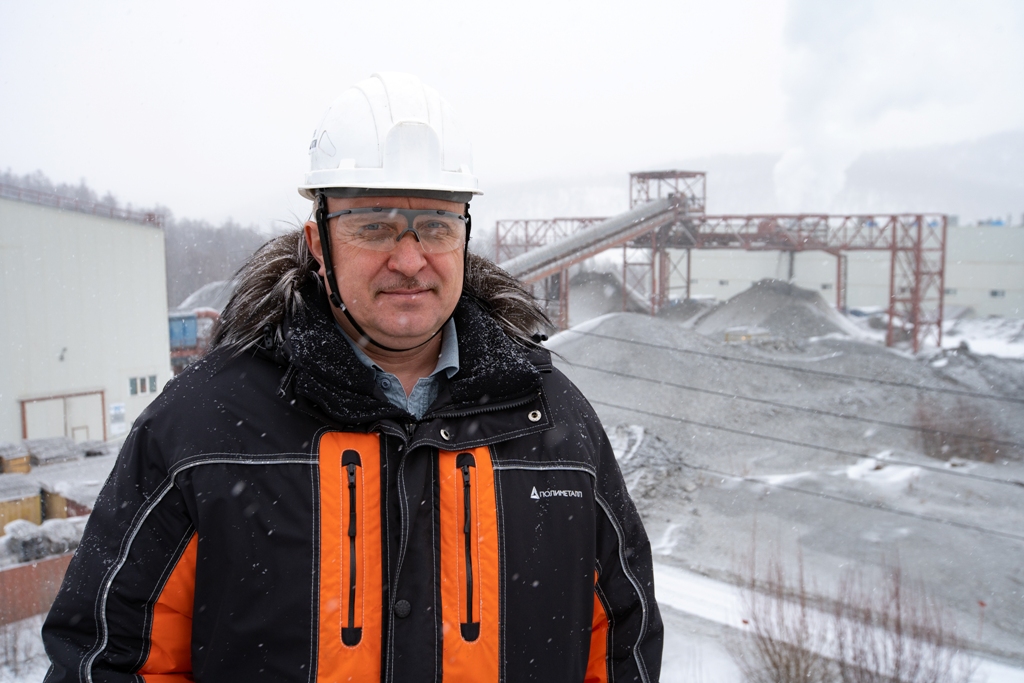 At the same time, the state of atmospheric air, water quality and the content of harmful substances in soil samples are constantly monitored by an analytical laboratory.

All municipal solid waste produced by the enterprise was disposed of or exported from the territory by contractors hired for this purpose. The measure was temporary. Now

preparing to launch its own landfill, already rebuilt three kilometers from the shift camp. Approached the creation of the polygon thoroughly. Its bottom is lined with a special polymer material. Drainage and vent pipes are laid under it.

The landfill site could be outsourced in the same way as, for example, construction work or maintenance of hostels. But the management of Albazino Resources LLC decided that waste management is such a serious process that the responsibility was not shifted to third-party organizations.

“The company has implemented selective accumulation of waste, which is what legislation requires of us,” says Alexander Zenkov. - Different types of waste arise in different areas of work - the second, third, first, fifth, fourth hazard classes. First class waste is mercury-containing lamps. They are accumulated separately in special containers, then they are disposed of for disposal in the demercurization center. There is waste of the second class of danger - these are batteries. This is not only waste, but also the goods that we give to the contractor, and she delivers them for recycling.

In the production of selective waste collection "Albazino Resources" has been going on for three years. This year it is planned to introduce a separate collection of garbage in the rotational village. It has already been calculated how many batteries or plastic bottles are produced in the form of waste in a year. These figures turned out: about 1,5 tons of plastic and 10 kilograms of batteries. And now it is necessary to determine where it is more convenient for shift workers to install containers for collecting batteries, and where are containers for plastic containers, in order to subsequently transfer this recyclable material to recycling. For the zealous owner, this is also important.