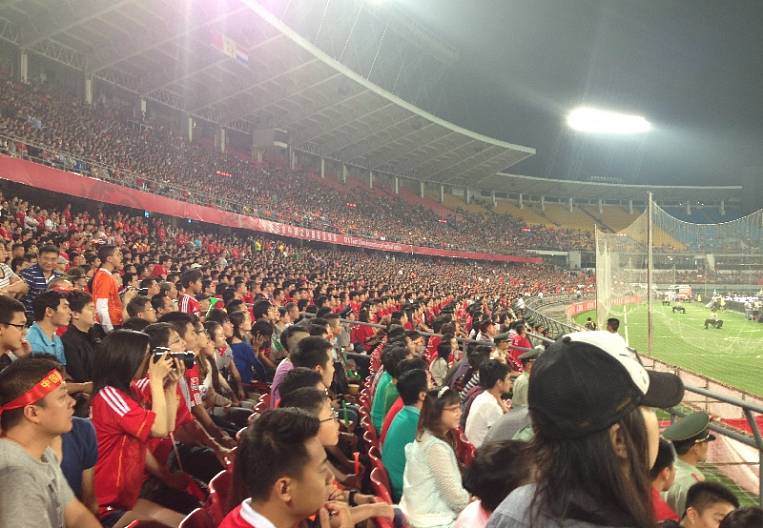 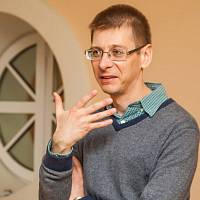 "The bridge to Sakhalin alone will never pay off" Friendship in Beijing Passion of Chinese fans
All author's materials
Alexey Lukin, fourth-year student at the School of Regional and International Studies of the Far Eastern Federal University, specialty: "Oriental and African Studies":

- Over the years, China has not shown outstanding results in world-class sports, and the names of Chinese athletes were unfamiliar to most of us. Over the past 20 years, China has made a huge leap in sports and has achieved impressive success. I would like to understand how the Chinese support their athletes, what is their attitude towards compatriots representing their country in the world sports arena, to learn about sympathies for European athletes. After all, sport in China is developing by leaps and bounds, and I believe that China is a real freedom for the fans.

Of course, the experience of mass and organized support for athletes among the Chinese compared to Europeans or Americans is small. But it has great potential. Now almost every more or less well-known middle-level team has its own fan club, fans are reaching a new level of support for athletes. The Chinese follow everything new with great interest, including in sports. Many sports are very popular in the country, but football stands apart - the number 1 sport in the world.

The Chinese, expressing interest in certain sports, follow important events through the Internet and TV broadcasts if they are not able to watch their idols and keep them alive. During large-scale sporting events, many bars, restaurants and even small shops open their doors during off-hours in front of everyone. The excitement is caused by matches of international competitions, but the Chinese also pay attention to the sporting events of their country, where, in addition to football, table tennis and billiards are recognized. Sometimes these events take place in a relaxed atmosphere, and sometimes the fans react too emotionally to the results of the matches.

There have been cases when the Chinese went too far in watching sports. This story happened to a man named Jiang Xiaoshan. In 5 in the morning, he returned from the bar, where he watched another match with friends, fell asleep and did not wake up. Since the beginning of the European Football Championship 2012, he has not missed a single match and has not slept for almost a day.

Some sports events in China are difficult to get tickets. A striking example - the Olympic Games, held in 2008 in Beijing. A certain number of tickets were played in lotteries, it was booked by some organizations, and was also given to foreigners for purchase, so not everyone could get to the stadium or sports complex. Fortunate lucky people who managed to book tickets with the help of the Internet were lucky: people who preferred to buy them in the old fashioned way, faced with such huge queues that even the police could not always settle the conflicts arising from time to time.

In general, the 2008 Olympics in Beijing gave impetus to a surge of patriotism in the country. But sometimes the behavior of Chinese fans during such events becomes very peculiar, which can also be called a feature of the "pain" of the Chinese.

In those days on the streets of Beijing you could see a lot of interesting things. Fans appeared in all their glory - their extravagant hairstyles, outlandish costumes aroused interest among people passing by. Shaving the Olympic rings on the head was not the most surprising - some people came to support the athletes in very unusual red suits, in the Olympic mascot costumes, and if the competition was held at the Bird's Nest stadium, some Chinese fans could come by preliminarily building a cast of this Bird's nest on their heads.

Most Chinese football fans consider their "mentors" of the English, who, perhaps, have the greatest experience of "pain", and their fan groups are known all over the world. With their long history, culture and traditions, they deserve the respect of the inhabitants of the Celestial Empire, for whom these concepts are not alien. Fans in China are developing on «English script», Forming fan clubs teams, although now they are not as famous as similar organizations from the Foggy Albion. The main advantage of Chinese fans in comparison with the British is their number.

Unfortunately, there is one significant difference between Chinese fans and their “colleagues” from England: many people in the Middle Kingdom simply don’t believe in their national teams in those sports in which they have an outsider role. A concrete example is the unsuccessful performances of the PRC soccer team in the qualifying tournaments of the world championships. They pay attention to knowingly strong European or other teams.

Many foreign athletes, coaches and fans who came to China say that the Chinese support their athletes with great desire and dedication, and respect their opponents with respect. Serbian tennis player Novak Djokovic, as well as Italian football coach Marcello Lippi, under whose leadership the club "Guangzhou Evergrande" ("广州 恒大") for the last three years is the winner of the Chinese football championship, said that Chinese fans especially support athletes, and very pleased to speak to the Chinese public.

During my one-year internship in Beijing, I attended the PRC-Netherlands football match, several matches of the regular football championship of the Beijing Guoan (北京国安) metropolitan team and the Formula 1 Grand Prix in Shanghai. Such large-scale events in China are not held without police surveillance, which virtually guarantees the absence of unpleasant incidents. While watching football matches in Beijing and racing in Shanghai, the audience behaved politely and disciplined, and the attempts of hooligan tricks were stopped by the police.

Not to mention the fly in the ointment in a barrel of honey. In 2007, a group of aggressively-minded fans attacked the then head coach of the Chinese national football team Tszyu Guangzhu. He was appointed mentor after the unsatisfactory performance of the team in the qualifying tournament of the World Championships 2006 of the year, but under his leadership the game and the results of the national team have not improved. Which gave rise to a negative attitude towards him from the Chinese football fans.

During sports competitions between principled rivals, fans' emotions often overrun. For example, in the final match of the Asian Cup, held in 2004 in Beijing, the Japanese team beat the tournament hosts, which led to aggressive behavior of some Chinese fans. After that, China began working with a video recognition system for aggressive fans, and the police began to blacklist the most "distinguished" in the stands ...

Chinese fans pay no less attention to sports competitions, broadcasts, and also happily come together to support different teams. The Chinese have their own specific culture of "pain", which, however, does not prevent them from moving forward. Their perception of events and the degree of their interest are also an integral part of this culture. Who knows, maybe in a few years we will admire the Chinese fans, and their current "mentors" will learn something new from their "students".