To date, Vnesheconombank (VEB) has not continued financing the Elginsky coal deposit. And Mechel does not exclude the possibility that the bank can stop financing this project altogether. While the further development of this field to one "Mechel" is beyond its capabilities. 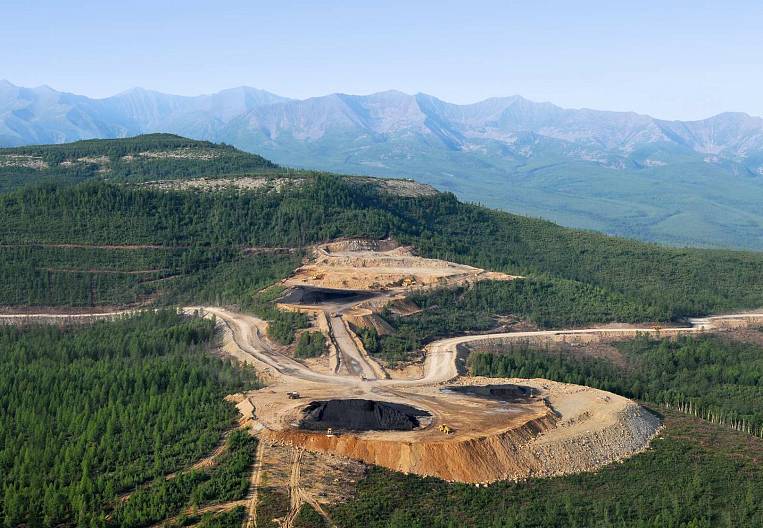 Special project Coal of the East of Russia

Recall that in March 2014, VEB approved Mechel 2,5 billion dollars in project financing (91,2 billion rubles at the exchange rate for March 2014) for the development of Elga. A part of this amount - about 150 million dollars (5,5 billion rubles) - the bank allocated to Mechel immediately, and the company should receive the rest of the money immediately after the transfer of the Elga-Ulag railway to the Elgaule balance. The company was not able to transfer this road to Elgaugle in the year of 2014, as planned, but with a significant delay - at the beginning of 2016. At the same time, Mechel started having serious difficulties in fulfilling credit obligations, as a result of which they began negotiations with Russian Railways on the possible sale of the road for 70 billion rubles. But they were not crowned with success.

The lack of news about the provision of state infrastructure support through the Ministry of Eastern and Eastern Development to Mechel testifies that the project is stalled. The Elginskoye field was submitted for a corresponding subsidy, it was examined in December 2015 by a government subcommittee chaired by Deputy Prime Minister Yury Trutnev and approved with a suspensive condition — the investor had to deal with the creditors. To date, the Ministry of Development has already collected applications for the next round of project selection for state support, however, Elga still remains in a “pending” state.

Along with this, for many years all over the world the Elgin coal basin has been considered an almost inexhaustible source of energy for the iron and steel industry. And the demand for it both in Russia and abroad is quite large. The same opinion is shared by the developer company:

"Due to its geological structure, which allows mining open-cast coal and a convenient geographical location, in particular - a short transport link to Japan, China and Korea, the Elginskoye field is one of the most efficient in the world in terms of production costs. At the same time, the production of the field has real export prospects - to Japan, the Republic of Korea, Vietnam, China. In addition, against the backdrop of a decrease in the cost of chartering ships, the company now has the opportunity to supply Elgin coal to the markets of Asia, in particular, it is possible to export it even to such countries as India, Malaysia, Thailand and other countries of the region located far from the Far Eastern ports of the country ", - said the official representative of PJSC" Mechel "Ekaterina Wiedemann.

But, according to Arkady Dvorkovich, Deputy Prime Minister of the Russian Federation, the Elginskoye field is "a very complicated project, costly, primarily because of the long rail infrastructure, for which a large amount of money was invested."

Indeed, Mechel has already invested about 2,4 billion dollars of its own funds, most of which (over 2 billion dollars) was directed to the construction of the railway. At the same time, the further development of Elga also requires significant investments, and the current capabilities of the company will be enough only to spend in the next three years on Elga only 6,3 billion rubles.

It should be noted that even at the beginning of 2013 at a meeting in Minvostokrazvitiya in his speech, the senior vice-president of Mechel Viktor Trigubko stated that if the state does not promptly help the company, then at some stage of the project implementation the company will simply suffocate.

Given the current situation, it is likely that coal mining at the Elginsky coal deposit will be suspended for an indefinite period. Such a message - from a source in OAO Yakutugol, which is familiar with the situation around the field - has already spread in the press last year. The report also clarified that it is a matter of suspending production for several months or even about the conservation of the field. Directly in the company this information was not confirmed to the correspondent of EastRussia, having assured that Mechel intends to systematically master the Elginskoye field.

“After the restructuring of our loan portfolio is completed, Mechel will return to discussing the continuation of financing the Elga project with VEB, taking into account the change in the legal structure of the project and the presence of a new investor,” Mechel said.

At the same time, many experts are confident today that VEB is rightly not resuming financing of the Elga field. Thus, the Elga field development project, fraught with so many opportunities, may stall for one simple reason, that initially its logistics was not well thought out.

"VEB's position is quite understandable. Refusing to continue financing the deposit, he quite reasonably does not want to lose money. Since those volumes of coal that are being exported from the field today are not the scale of supplies for which Elga was originally conceived and which caused VEB's interest. At the same time, in the state in which the eastern section of the Baikal-Amur Mainline is located today, it simply will not be able to fully accept the maximum volumes of coal from the Elginsky deposit, which it is planned to withdraw in the coming years. And a significant improvement in the condition of this site in the short term is unlikely, since its modernization is not carried out as fast as it should in accordance with the order of the Government, and there has already been an incident when money for its holding was delayed. And the only way to help Elga today with BAM is to interfere with the political will in the distribution among all shippers of the carrying capacity of the Tynda-Vanino section of this railway, "commented Igor Melamed, Director General of ZAO International Center for Development of the Regions.

But, at the same time, some experts are sure that Mechel for the project simply chose the wrong source of financing.

“There is no doubt that the Elginskoye field is promising. And the current situation with him is nothing more than the result of a political struggle, the aim of which is to replace the owner of the field. Since there are in themselves means for the development of the field in Russia today, there is no political will to provide them to the project. Therefore, the question of renewing the financing of a field is, accordingly, a question of political will. In other words, the further development of this field largely depends not on the efforts of Mechel, but on how much the state will support it. After all, VEB is a state structure, ”said the associate professor at the Department of Economic and Social Geography of Russia at the Faculty of Geography of Moscow State University. Mv Lomonosov Vladimir Gorlov.

According to him, the problem of the Elginskoye development project is also that, at one time, its feasibility study was poorly prepared. And yet - the wrong choice of the source of funding. It would be right from the very beginning to negotiate with a major importer about co-financing the project with him, and then create a joint venture with him. For example, such an importer could be found in Japan, since today this country is practically the only stable buyer of Far Eastern coking coal. If at the beginning of the financing of the project "Mechel" managed to negotiate with Japan, now there are no problems with investing in its implementation would not have been.

But, as they say, you will not return to the past, and now, in the absence of financing of the Elginsky deposit from VEB, not only Mechel, but also the budgets of Yakutia and its municipality, which receive less taxes, are losing. And the leadership of the republic is not at all happy about the possibility of the company suspending work at the Elginskoye field. Since its development is one of the important elements of the strategic project "Integrated Development of Southern Yakutia", which, in turn, is tied with other megaprojects of the republic.

The Elginsky Coal Deposit is one of the world's largest deposits of high-quality coking coal of deficit brands. Its reserves are 2,2 billion tons in accordance with JORC standards. The license for the development of the north-western section of the Elginsky deposit belongs to PJSC "Mechel". Coal mining in the field began in August 2011, and a seasonal concentrator with a capacity of up to 3 million tons was launched in 2012 year. In September 2013, a number of stations of the Far Eastern Generating Company successfully tested coal from the Elginskoye field. The possibility of transporting the coal mined at the field appeared in 2012 year, when the through movement of the 321-kilometer railway line Ulak-Elga, which connected the deposit with the Baikal-Amur Main Line, was opened through Mechel. Under the terms of the license, the end of the construction of the first stage of the enrichment complex with a capacity of at least 9 million tonnes of coal per year should be completed no later than 1 August 2017. The output to the designed capacity - 30 million tons of coal per year - the first stage of the mining enterprise should take place no later than 1 August 2018.

According to Mechel, its production at the field amounted to 2015 million tons of coal in 4, and this year this figure will be increased. Coal produced at the field is currently supplied to both Russian and foreign enterprises. 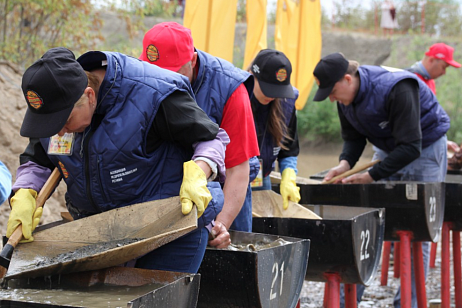 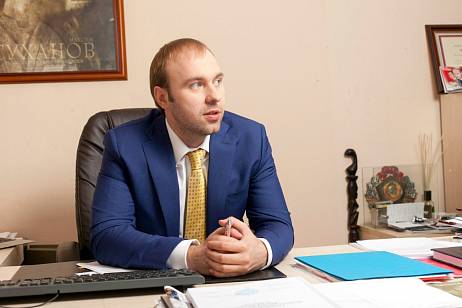 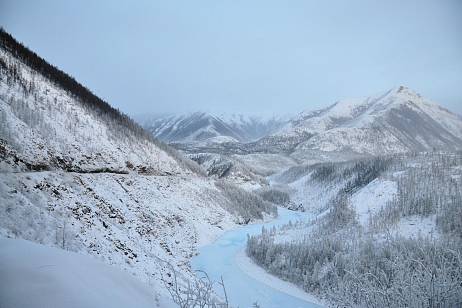