News 22 2021 June
Khabarovsk Krai 08:00 Trutnev laid a wreath at the "Eternal Flame" memorial in Khabarovsk
Primorsky Krai 07:30 The head of the Ministry for the Development of the Russian Far East proposed to remove ports from the center of Vladivostok
07:00 Putin is lagging behind in the Far East


Amur Region 06:30 DRSK employees took part in the festival "Cranes Dawns" in the Amur region
06:00 Unvaccinated citizens complained of discrimination against Moskalkova
Amur Region 05:30 Transport links with six villages suspended in the Amur region
05:05 The most accessible were the sanatoriums of Kolyma, Jewish Autonomous Region and Primorye
Kamchatka 04:40 Criminal case after the wreck of a small ship opened in Kamchatka


04:20 Rosstat: Wage arrears exceeded 1,5 billion rubles
04:00 Scientists named people with the highest number of antibodies to COVID-19
The Republic of Buryatia 03:30 Banquet investigation launched in Buryatia
03:00 Coronavirus in the Far East: information on the morning of June 22, 2021
Primorsky Krai 02:10 Two thousand seaside teenagers will have a rest at the expense of the regional budget

21 2021 June
18:31 The President of the Russian Federation gave instructions for the development of the BAM and Transsib
The Republic of Buryatia 17:53 Minister of Tourism of Buryatia left the post
Amur Region 16:54 LNG complex will be built in the Amur region
Khabarovsk Krai 16:16 Trutnev: the mechanism of preferences for housing construction in the Far Eastern Federal District will be finalized
15:38 Summer digital school for teachers of IT specialties was opened by Sberbank 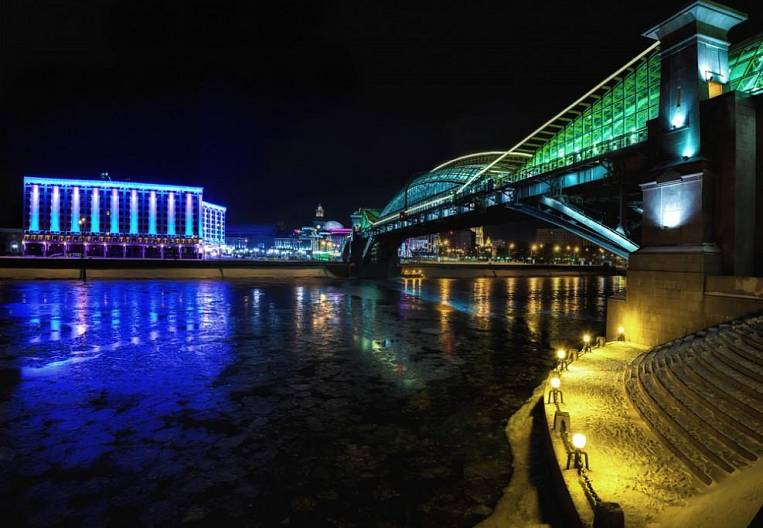 About S.I. Furgal Say a Word New conditions for new governors What can the Far East
All author's materials
As the author's personal experience shows, the Far East, just like locksmiths, are very different. Even when they are going to leave and stop being Far Easterners. Someone leaves swiftly, as if off a cliff. Someone carefully prepares a "landing site" for themselves. And they go to different places. The "capital" stream is far from the only one. Entrepreneurs, especially not “budget suckers”, but working at their own peril and risk, often prefer the southern direction to the western direction. Teachers, scientists, architects are increasingly leaving there. And young people, using the numerous state (Chinese) programs to support foreign students, flock to the universities of the Celestial Empire in hundreds and thousands.

Creative people (artists, musicians, artists) willingly move to Seoul and Pusan, where until very recently their art was extremely popular and paid. Builders, installers and similar representatives of a slowly degrading building complex of the region go there.

They are leaving, of course, in Russia. But here the streams are separated. Many relatively recent immigrants (15-20 years), who have maintained ties with the "home", the former place of residence, are leaving home. Someone to Altai, some to Novosibirsk, and some to Kaluga. Siloviki of various kinds, high-ranking regional officials of the Far East dearly love the Krasnodar Territory. Recently, Krasnodar and Sochi have a competitor - Crimea. Older entrepreneurs who went to the cash are most often sent to these same blessed places. However, this category still has Indochina (Thailand, Vietnam), which has been settled by Russian citizens for decades.

Still, the attraction of the capitals is felt. In response to the third most popular phrase in the conversation, after "Hello!" And "How are you?" ("Where are you going to leave?") Are often called Moscow and St. Petersburg. What attracted the capital of the inhabitants of the Far East?

First, the relative ease of movement. Yes, and a habit. Moving to the capital throughout the Soviet period was perceived as an important and logical stage in the career of an official. Today, when the "Soviet identity" is implanted from every iron, the reproduction of this practice is quite natural. If for the more western regions of the country, such a movement is possible not only within the framework of state (civil and military) structures, but also within the framework of All-Russian enterprises (state monopolies, retail chains, etc.). In the Far East, it is the career of a civil servant (not the essence, civil or military) that remains a much more massive space and a condition for moving. There are not many all-Russian enterprises here.

But apart from simply moving up the administrative ladder, the relative ease of moving to capitals for a resident of a remote region takes place. It is there that there is an established rental housing market, a relatively developed service sector that provides (as it seems from afar) a lot of jobs. There is even a business that has almost disappeared in the Far East. It is clear that there is business, since there are salaries of officials, income of courtiers, etc. But he is. This means that there is an opportunity for an active person to settle in. Lightness also has a linguistic and social dimension. For example, migration to the countries of the South and East requires knowledge of the English language, at least a minimum knowledge of the language of the host country. Moscow, on the other hand, is such a special “abroad” where they speak Russian. It is clear that it is mainly young people who are not burdened with family and children who can decide to live in rented housing and an indefinite social status for a long time. As a rule, they have nothing in the region. And zero, as you know, is not less than zero.

However, in recent years, older people have joined the youth. Downsizing in universities, research institutes and similar institutions, “fighting bureaucracy and corruption”, in fact, with clear rules of work and management - all this simply squeezes out of the region a large number of older people. Moreover, it squeezes out without any "subcutaneous" resources, putting forty-year-old people in the position of twenty. In the hope that "it is easier there" they rush to the capital.

But it is not only the relative ease of movement that attracts people to Moscow or St. Petersburg. There is also a "second". Moscow is not only a political capital, but also the only “global city” in Russia. I have already written a little about global cities on the site. I will only note that in "global cities" there is more money, higher economic and intellectual activity, it is easier for a creative person to realize himself. It is this that "flushes" the most active residents of the adjacent territories into the capitals. But not just adjacent ones. Of course, Shanghai, Sapporo, Taipei, Seoul, etc. closer to the Far East than Moscow. But there, for the most part, the inhabitants still speak Russian poorly. In Moscow, however, this is a quite common language. Many people know it, and someone even speaks it at home. That is why representatives of creative professions are drawn to the capitals: future journalists, writers, thinkers, politicians, etc. And people with entrepreneurial ambitions, inventors looking for money to implement their project, just adventurers and adventure lovers flock to the light of global cities. Age varies here, but in general, these are quite young people who feel "cramped" at home.

There is also the attractiveness caused by reasons not only regional. The universities of the 90-ies worked "at the public's request," that is, they gave the education that people wanted to get. Is the builder profession popular? Get it. Do you want to be a PR man? Here is the specialty of "public relations". Do you want to become a financier? No problems.

Of course, fashion does not always correspond to real demand. There were also failures. A person with a specialty "businessman" washed cars at a gas station or traded on a tray. But in general, people knew what they wanted. However, the high metropolitan authorities decided that it was impossible for universities to work this way. It is necessary to train those who are “really needed by the country”: engineers, teachers, civil servants and other necessary specialists. But they were needed by some incomprehensible calculations of some incomprehensible "researchers." I do not dare say how much engineers are needed in non-operating factories. As a result, universities that worked "for the needs of the public" began to work for the "needs of mythology," to train specialists, now called bachelors and masters, who have nothing to do with the wishes of people or the needs of the region. These graduates and rush to global cities in the hope of finding there demand. This flow is not only in the Far East. It is much stronger in Saransk and Ulyanovsk, Tomsk and Barnaul - cities where there are good universities and not everything is good with industry. But he is here.

There is, of course, a stream of entrants to the central universities. Not only because there they teach better (this does not always correspond to reality), but because it is "steeper". An extremely important factor for a young man.

As for the alluring lights of the capitals, which traditionally attract the provincial three sisters, this is the least significant factor today. It is no coincidence, according to the research of Professor E.O. Leontyeva (PNU), it is among those who went for the splendor of the capitals that most of all "returnees". Alas. In comparison with the towers of Seoul and Taipei, Moscow City looks very modest. The restaurants in the capital are not much different from the restaurants in Vladivostok or Khabarovsk. Yes, and "zhor-tours" to China or Mongolia, which have become commonplace in the Far East, complement the diversity. Moscow celebrities often, although they meet and are accompanied by applause (the Far East are polite people), cause only bewilderment. Ches (coming to earn easy money - art. Jargon) is a good thing. But you have to work for money. And it is easier to visit a concert of a world celebrity in Seoul than in Moscow. Yes, it is more difficult to buy a Bentley in the region. Only, there are not many buyers of these wonderful inventions of mankind. And for those who are especially suffering, I recommend buying a Chinese analogue. If it is not the checkerboard that is important to you, but the ride, then it makes sense. The characteristics are not much worse, and the price is 6-8 times lower.

However, the discourse about the alluring lights of capitals persists. Why? And here it is worth remembering the very specific information background of the Far East. It is not a jazz and rock festival that becomes a sensation, not unique theatrical or literary projects, but murders, corruption scandals, fights, and some other nightmares. Colleagues-journalists, when it comes to this, as a rule, say: They (we) will not read (watch, listen) anything but "chernukha". What to say? You just don't know how to cook them. In the next essay, we'll talk about how you can “cook and serve” Far Eastern art.
Tags: Far East Moscow St. Petersburg relocation migration demography 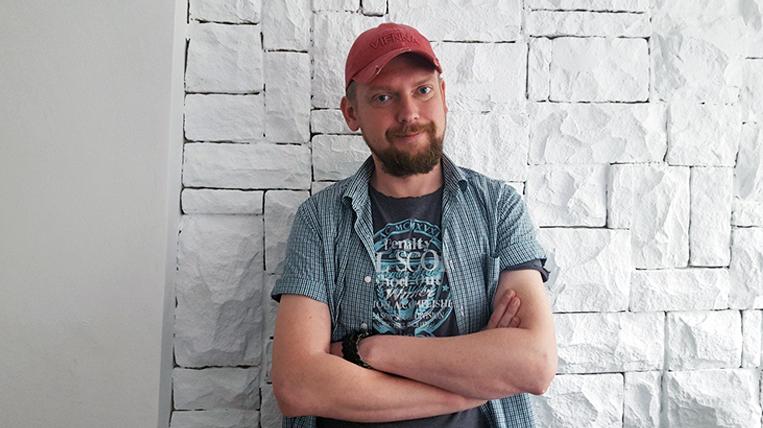 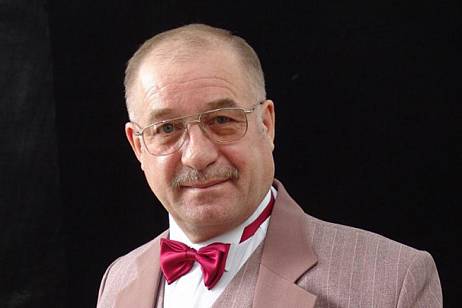