Sport by the rules for gentlemen 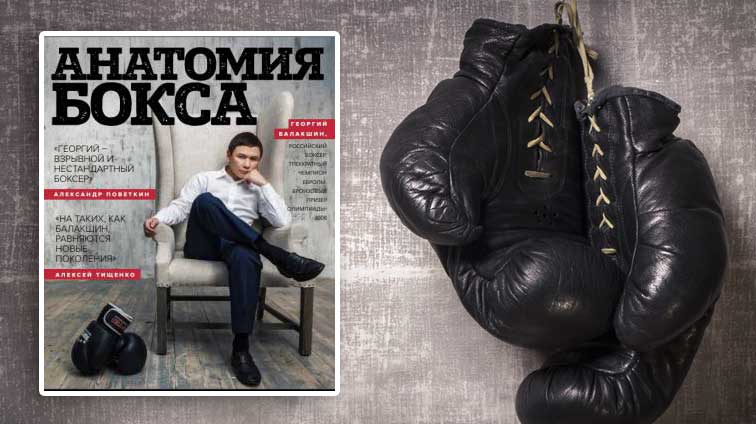 The publishing house PressPass has published the book "Anatomy of Boxing" about the Yakut sportsman Georgy Balakshin - and, in fact, boxing. This story begins with the first lesson in the section and continues with victories at world championships.

The publication tells about what boxing is, how to start practicing this sport, what competitions are held among boxers, what is the difference between amateur and professional boxing and how sports are organized behind the scenes. The Russian sportsman Georgy Balakshin, the Honored Master of Sports in Boxing, the bronze medalist of the World Championship, the European champion, the multiple champion of Russia, the bronze medalist of the Olympic Games, became a conductor of readers to the world of boxing. Each section of the book is preceded by a chapter in the autobiography of a boxer, in which he shares his memories of a boxing career.

“This book is an encyclopedia, telling about how small, seemingly insignificant, but in fact, fateful steps make up the path of a real man. On its pages you will find a lot of stories about strength of mind, purposefulness and the will to win, overcoming and self-development, ”said Yegor Borisov, head of the Sakha (Yakutia) Republic, about the appearance of Boxing Anatomy.

Georgy Balakshin on the pages of "Anatomy of Boxing" tells readers about the beginning of his professional career, how the interest in boxing of an ordinary child growing in the Yakut outback in the difficult era of 1980 was born, what obstacles he and his comrades had to overcome to overcome Go to the all-Russian - and then international - level, on performances at the main world championships. The boxer describes the years spent in the national team side by side with such stars of the world boxing as Alexander Povetkin, Alexander Maletin, Alexey Tishchenko and Eugene Makarenko - their comments are accompanied by a biography.

“Having traveled half the world as a member of the national boxing team, I met people who were striving for perfection, for continually conquering heights. As experience tells me, only those who are ready to make daily efforts to achieve their own goals, without succumbing to difficulties, become champions. I always wanted to talk about such people, to answer - for myself and for others - the question of what sport is and what role it can play in our lives, ”writes George Balakshin in a greeting.

In every new chapter of the book, the character of the protagonist, the ordinary neighbor of the guy, from which the big sport made a gentleman, becomes more and more clear before the reader.

As the project manager Maria Khristoforova (CIIMM Media Group) reported, the book, published with the support of the Yakut Ministry of Sport and the Trust Fund for Future Generations of the Republic of Sakha (Yakutia), pursues a noble goal - to inspire modern youth to play sports capable of revealing leadership qualities, to awaken desire for victories and Love of a healthy lifestyle. "For Yakutians, sport is an integral part of life, without it we simply do not think ourselves. At us very much many not only are ill for local sportsmen, but also consist in domestic commands, spend all free time on stadiums and in sports halls. We host international competitions, such as "Children of Asia", boxing and wrestling tournaments. In this sense, Yakutia is an example for imitation, so it is logical that the book that was published is devoted to Yakut boxing ", - commented Maria Khristoforova.

“The book examines the history of boxing development and the rules of fighting, gives practical recommendations to novice athletes, describes the main elements of physical, tactical and psychological training of a boxer. We have collected sets of exercises, recommendations for the daily routine, sports nutrition, - says the editor and compiler of Anatomy, Yulia Petropavlovskaya. - The main idea that we wanted to convey to the reader is that everyone has their own victory: for someone it is gold in the championship, for someone - thirty performed push-ups in the gym, for someone - the first reflected blow ... Success is not determined by formal public recognition, but their own satisfaction from the qualitative changes in life. " The publisher also reported that "Anatomy of Boxing" has laid the foundation for a series of publications about a healthy lifestyle and soon readers will see several more sports "anatomies" on the bookshelves.

"Anatomy" is written by a team of authors, among them - correspondents of Russian sports media, as well as recognized experts in the field of sports training: coaches, doctors, psychologists and athletes. Among consultants and commentators are the head coaches of the Russian boxing team in different periods Nikolay Khromov and Alexander Lebzyak, the deserved Russian boxing trainers Vasily Volf and Sergei Anokhin, the head coach of the boxing team of the Republic of Sakha (Yakutia) Arthur Pakhomov, the doctor of the Russian national boxing team Valery Nikolaev, the permanent telemedicator of boxing on the channels "Russia 2" and "Fight Club" Boris Skripko, the Minister of Sports of Yakutia Mikhail Gulyaev.

Georgy Balakshin addressed with gratitude about the publication of the book to the Minister of Sport of Yakutia Mikhail Gulyaev, head of the Trust Fund for Future Generations of the Sakha Republic (Yakutia) Yevgeny Sidorov, his trainers - Artur Pakhomov, Nikolai Khromov, Vasily Wolf and Sergey Anokhin. 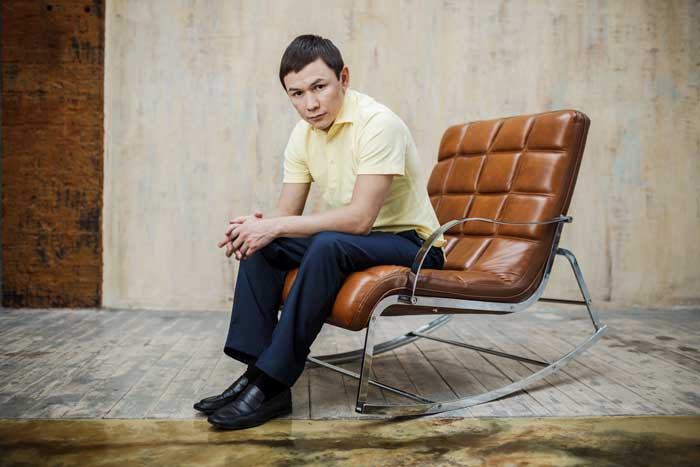