Controversial union: how Transbaikalia has changed over 12 years of existence

Transbaikalia is a rather young region. It was the result of the merger of the Aginsky Buryat Autonomous Okrug and the Chita Region. Over the 12 years of its existence, he succeeded four governors, met with the student spring of the SCO countries, the Udokan field was finally started to be developed there, however, the Trans-Baikal Territory did not reach many promised prospects. 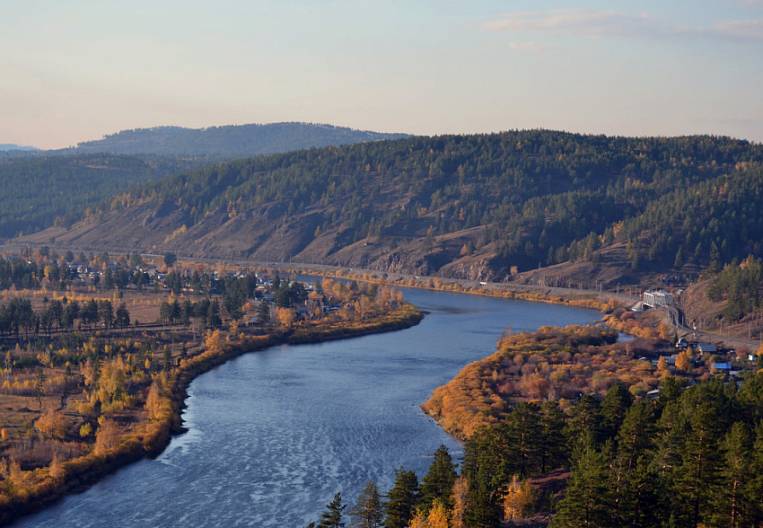 In March 2007, a referendum was held on the unification of regions. There were an equal number of opponents and supporters of the merger. Many were then convinced that the prosperous ABAO, supported by State Duma deputy Joseph Kobzon, would be a good help for the Chita region, in which the governor was about to change, and which required change.

Four other regions tried to unite at that time. It was assumed that Adygea and the Krasnodar Territory, Altai and the Altai Republic would vote for the merger. The first disapproving voices appeared in Adygea, where local public organizations opposed a possible unification, then did not support the impulse of the federal center and the two Altai regions, and there was no unification in the south of the country. There was only one option - the connection of the Chita region and the Aginsky Buryat autonomous region. It had to be done exemplary. The referendum was held - 90,29% (535 voters) voted for the union, 045% (8,89 voters) voted against. The Trans-Baikal Territory prophesied a happy economic future, but it didn’t turn out quite like that.

The former head of the Aginsky Buryat Autonomous Okrug, Bair Zhamsuyev, during a decade of the Trans-Baikal Territory, said in an interview that he was disappointed in the unification of territories, because the socio-economic situation in the region did not improve, but even worsened somewhere, especially for the Aginsky district.

According to him, when in 1997 he became the head of the ABAO administration, state employees were not paid salaries of seven to eight months, and pensions were not given for six months. Then drastic measures were required.

“I then studied the experience of the offshore zone, which was simply called the zone of economic favors, tax benefits. And I was lucky with the residents who worked there, ”said Jamsuev.

The district survived, it turned out to be a plus, it stopped paying subsidies, but enterprises and taxes remained in the region. In the middle of zero, his income was comparable to the budget of the Chita region.

Statistics is a cruel thing, but fair. According to the data for 2020, the population of the Trans-Baikal Territory amounted to 1 people - even less than in 059 in the Chita Region. However, over the course of several years, the region experienced an increase in the level of population’s income; the average monthly nominal accrued salary in January-June 657 amounted to 2002 rubles, an increase of 2019% compared to the same period of the previous year.

For more than a year, the Trans-Baikal Territory has been part of the Far Eastern Federal District and receives additional support from the federal center. However, it also probably would have been if the Chita region had existed all these 12 years.

Political scientist Roman Ampleev, who in 2007, during the preparation and conduct of the regional referendum, was a member of the territorial election commission of the Central District of Chita with a casting vote, notes that the referendum was held in one of the main directions of Russian domestic policy at that time - the enlargement of Russian regions .

“There was an opinion that even after the creation of the Trans-Baikal Territory, this practice will continue, therefore, in general, there were no serious concerns about the referendum. Plus, many people openly did not understand why a referendum was necessary, because in many respects the Chita region and the Aginsky Buryat Autonomous Okrug were a single whole. For example, residents of the district voted in elections of the governor of the Chita region and deputies of the regional Duma. And in the charter of the Chita region it was written that the Aginsky Buryat Autonomous District is part of the Chita region. Campaign materials, which, incidentally, were issued by parties, public associations, and the group headed by the governor, spoke about the prospects of the new subject, special emphasis was placed on substantial financial assistance and investments from the federal center, such that in ten years the region will cease to exist. to be subsidized. The Transbaikal people still remember these promises, and naturally there is disappointment from their failure to fulfill. People say so, they say, they promised five mining and processing plants, but they built only one - Bystrinsky, and even that is not working at full capacity, ”said Roman Ampleev.

According to him, there is another important, but still unresolved question - whether a regional law will be adopted specifying the special status of the Aginsky Buryat District as part of Transbaikalia. This question was put to a referendum 12 years ago.

This year, during a ceremonial speech on the occasion of the formation of the region, the head of Transbaikalia, Alexander Osipov, in a congratulatory speech noted that the region will continue to create high-quality infrastructure, a modern housing and communal complex.

There were no answers to political questions that still remain unresolved.