Stumbling Pines: Chita runs the risk of being left without a new hospital

A new scandal erupted in Transbaikalia. In Chita, they chose a place for the construction of the regional children's clinical hospital - an object that the city urgently needs. The federal authorities, who are ready to allocate funding, gave the green light to its construction, but the construction was in jeopardy - the public opposed the idea that centuries-old pine trees were going to be cut down for the construction site. Due to complaints, the paperwork process may be delayed, and the facility may lose federal funding. 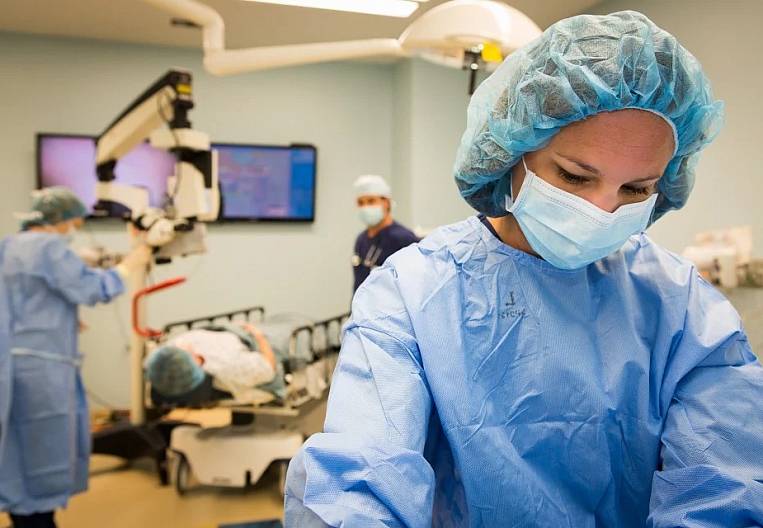 The need to build an ultramodern children's medical institution at the regional level in Transbaikalia has been discussed for a long time. According to the Accounts Chamber of the Russian Federation, the region was among the disadvantaged in terms of child and infant mortality.

The current building of the regional children's clinical hospital in Chita was commissioned in 1960. The premises of all hospital units are outdated, their physical wear and tear in 2016 amounted to 58%. They do not meet the modern requirements of the Ministry of Health and the area of ​​the KDKB clinic.

In August last year, then Prime Minister Dmitry Medvedev during a visit to Chita announced the need to build a new building. According to preliminary estimates, this requires 9,6 billion rubles, but the Ministry of Health has already allocated 65 million rubles to create design estimates for the facility.

Design estimates have now been developed, experts are awaiting the conclusion of a state examination of the project. The construction itself will go at the expense of the National Healthcare project. Transbaikalia has not had such a gift for a long time.

“It will be a single medical complex with the regional perinatal center and other medical organizations. The hospital is designed for 450 beds, ”said Vladimir Komarov, the head physician of the Regional Children's Clinical Hospital.

According to him, thanks to this, it will be possible to increase the number of resuscitation and intensive care places for newborns and young children, and there will be equipment for the exhaust ventilation system with laminar flows in intensive care units and intensive care units, operating rooms, clinical departments, which will minimize the risk of nosocomial infection of patients and postoperative complications.

Since the new hospital will be equipped with modern equipment, this will help increase the accuracy of diagnosis of congenital malformations and surgical pathology in young children, and will expand the possibilities of surgery. The planned creation of a heart surgery center will reduce infant mortality from congenital malformations of the cardiovascular system.

For such an important object, it only remained to determine the place. He was found on Kokhansky Street, since the territory is as large as possible in size, in addition, the old hospital building is located nearby. But not everyone in the city liked it - the public was outraged by the fact that more than 800 centuries-old pine trees could be cut down on the territory. They began to report this to the incident management service Incident Management.

The head doctor of the hospital, Vladimir Komarov, notes that the designers provided for the compact placement of the buildings of the new hospital: the trees at the construction site will be preserved as much as possible, and the green area between Kokhansky Street and the bypass highway will be accessible to citizens.

At the same time, the land plot was reserved for a medical institution back in Soviet times, so the hospital can completely dispose of it. However, they do not intend to get rid of the forest. Komarov assured that the hospital, clinic, food and technical units will be inscribed in the landscape, recreation areas will be provided on the territory, and the forest will be saved in the form of park zones.

In the regional Ministry of Health, they confirmed that part of the trees would really go under the felling, and another place for the hospital would not work. The selected site is located within walking distance from other hospitals with specialized equipment and specialized specialists in case of emergency diagnosis or consultation. In addition, it is in this place on Kokhansky Street that it is most convenient today to carry out all the necessary communications.

“An important point is that if today we refuse to build this hospital and do not provide design estimates at a certain time, which is assigned just for this place, then the Trans-Baikal Territory will generally be left without a new modern children's hospital, since the conditions of the federation in this matter are very harsh ", - noted in the regional Ministry of Health.

The construction of the new hospital was supported by parents who sent an appeal to the regional Ministry of Health. In it, they stated that they supported the selection of a site for construction.

“Now our children need medical care and it is very important that specialists and the necessary medical equipment are within walking distance for timely diagnosis or consultation. And along Kokhansky Street, all the leading hospitals are located nearby - two perinatal centers, a clinical hospital, the corps of a children's and adult clinical medical center, a private clinic, and drugstores. In addition, public transport is conveniently located in this part of the city. We believe that felling a small number of trees during construction will not cause significant environmental damage, ”the statement says.

Support the construction of the Union of Women of Transbaikalia and the regional branch of the Union of Volunteers of Russia. They believe that the location along Kokhansky Street is quite reasonable and convenient, since one of the main public transport arteries of the city passes through it. At the same time, volunteers are ready to assist in the planting of new trees.

The deputy of the regional Legislative Assembly Alexei Saklakov noted that the information war is sometimes more destructive than guns and shells. According to him, it is vital for the region that the new children's regional multidisciplinary hospital should be built in Chita, and not in another city. According to him, time sets new high standards in the standards of treatment and examination of children of all ages, so you need to take a chance and build an object.

The construction of a medical facility is planned for 2022, but the regional authorities intend to raise the issue of postponement of the implementation of this large-scale project to 2020. In the meantime, disputes around pines distract from work on it. 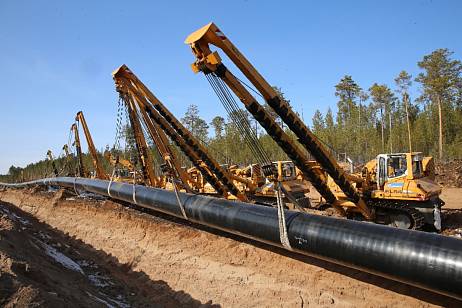