This year in the Trans-Baikal Territory, two solar power plants (SES) will be launched. They will be the first generation facilities built in the region as part of the DPM mechanism of renewable energy (agreements on the provision of capacity for renewable energy sources). The project is being implemented by an international consortium, and it is possible that its success will serve as a kind of signal for private, including foreign, investors interested in the further development of the green energy of Transbaikalia. 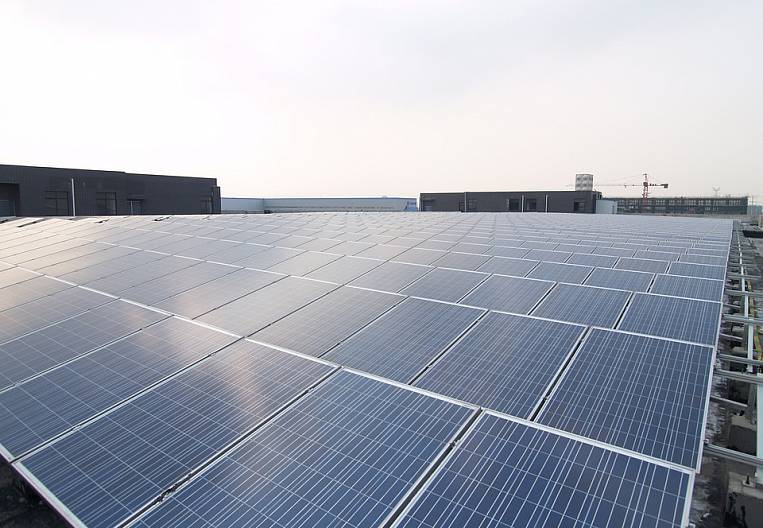 In June, the construction of the Orlovsky GOK SES and the Baley SES with a combined capacity of 30 MW began in Chita.

“During the selection of sites, we assessed, among other things, the desire of local authorities to have solar stations on their territory. This can be seen in the speed and quality of answers to questions at the stage of site selection, as well as in the level of support in arranging their leases and resolving other issues. Our stations are the first in the Transbaikal region, and it is quite natural that we sometimes need to convince the network company and the branch of the system operator of the correctness of our approaches already worked out with their colleagues in other regions. I would like to note that in the end all issues are resolved, ”said Pavel Shevchenko, Director General of the project participating company, EastRussia.

The project is implemented with the participation of partners from Austria. At the same time, the international consortium fully complies with the required indicator for the localization of equipment for solar stations in Russia - at least 70%. In particular, for projects in the Trans-Baikal Territory, modules, flint ingots and assembly plates manufactured by the Russian enterprises “Solar Silicon Technologies” (Podolsk) and “Helios-Resource” (Saransk) are used.

“In 2017, together with Green Source Consulting GmbH, we convinced an Austrian investor, Core Value Capital, to redeem quotas as part of a portfolio of projects for the construction of solar power plants with a total capacity of 135 MW. 60 MW (or four stations on 15 MW) of this portfolio have already been built in the Astrakhan region and operate in the wholesale electricity and capacity market. Another 75 MW (five stations) are now being built in Chita and various settlements of the Republic of Buryatia, ”said Pavel Shevchenko.

SES built in Chita will improve the quality of power supply. The load on the network infrastructure will be reduced, the flow of electricity will be optimized. Another social plus is new jobs and taxes.

The amount of investment in the creation of both power plants exceeds four billion rubles. The return on capital investment is provided by the DPM RES itself: the agreement guarantees the return and receipt of 12-14% of the return on the volume of investments determined during the tender for the quota. The owner of the SES will receive payments in the wholesale market from major energy consumers (for example, RUSAL, Russian Railways, Rosneft, etc.)

“This mechanism is an attractive and sustainable“ financial brand ”that makes it possible to attract investments from foreign (Austria, Finland, Italy, China) and Russian private investors into the industry. DPM RES does not provide any guarantees on the part of the region, as it is part of the federal wholesale electricity and capacity market, which in the long term has long proved the reliability and efficiency of collection of payments, ”explains the Director General of Vershina Development LLC. - I would like to emphasize that for the construction of generating energy facilities under the DPM RES it is not required to receive any state subsidies, state financing or any investments from the federal or regional budget. In our particular case, the construction uses equity financing from the Austrian fund, as well as a bank loan from one of the largest Russian banks. ”

Although DPM RES does not apply to regions east of the Trans-Baikal Territory, since they are assigned to non-price zones - territories where, for various reasons, a high level of competition between electricity suppliers is not possible, “Top Development” is ready, together with Trans-Baikal and neighboring regions of the Far Eastern Federal District, to consider energy supply projects for remote populated areas points due to mini-SES and hybrid sources of generation based on solar and wind energy with the ability to store generated electricity and / or coating missing output due to a diesel generator.

In January 2017, the first solar-diesel power station was launched in the Trans-Baikal Territory. In the village of Menza, the Hevel group of companies together with PJSC Rosseti commissioned an autonomous hybrid power plant (ASEU) for uninterrupted power supply of three hard-to-reach settlements. ASEU consists of solar modules with a total capacity of 120 kW, two diesel generators of 200 kW each and an energy storage unit with a capacity of 300 kW / h.

“The station has been in operation for more than two years and during this time it generated 1,7 million kW / h due to solar energy, while the fuel economy was more than 600 tons or 55,7%. That is, the real work of the station turned out to be more effective than preliminary forecasts. At the same time, of course, consumption also increased - if before electricity was available no more than 16 hours a day, now it is used around the clock, ”said Hevel Group of Companies in EastRussia.

Investor costs amounted to about 40 million rubles. The return on investment occurs within the framework of the energy service agreement.

“The estimated payback has not changed and is still seven years,” said the representative of Hevel.

Now the company is negotiating the construction of generating facilities with the Trans-Baikal Territory, as well as with other regions of Siberia and the Far East, in particular with Yakutia.

“Often in isolated territories, the problem lies not only in an inefficient source of generation, but also in a worn-out network economy, so the problem must be addressed comprehensively,” the group of companies said.

In the same Transbaikalia, more than 20 distant settlements need a stable and high-quality energy supply. By the way, the leadership of the regional government discussed with the Chinese company Jinsing the project for the construction of a solar power station, as well as a plant for the production of solar panels.

“In Russia, renewable energy is supported by the state. For this, special mechanisms have been developed. It seems to me that we have all the opportunities for building cooperation, - and said earlier. about. Deputy Chairman of the Government of the Trans-Baikal Territory for Investment Development Mikhail Churkin. “If you look very far into the future, we would like to become the center of competence of solar energy.”

Although the generation of SES electricity in Russia, although it occupies an extremely small share of the country's energy balance, has recently shown good dynamics: 2018, it reached 0,8 billion kW / h, the growth compared to the previous year was 35,7%.
Tags: solar power plants green energy Transbaikalia