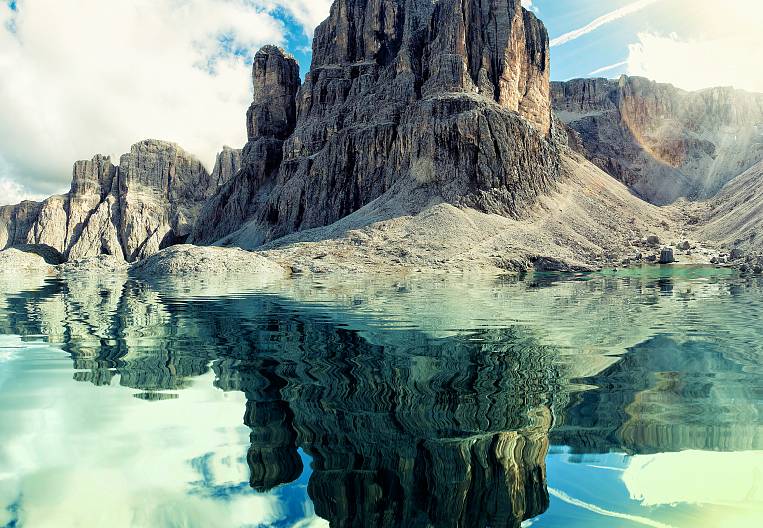 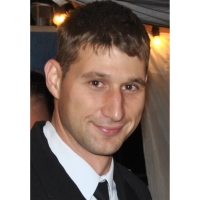 Will the Kamchatka tourist brand become global?
All author's materials
Andrey Golobokov, Ph.D. in Political Science, Associate Professor of the Department of Philosophy and Cultural Studies, KamSU. V. Bering; Elena Sabanina, Associate Professor, Department of Economics and Service, Kam. V. Beringa, guide:
- In recent years, Russia has become noticeably more active in the market of the Asia-Pacific region. However, the more closely we cooperate with Asia, the more we feel the absence of the so-called “brand” in the Russian Far East - the recognizable economic and cultural “facade”. For the average Asian consumer, Russia is primarily associated with oil, gas and weapons.

At the same time, recognition and popularity in the foreign market is an important factor that can "stir up" the economic situation in the Far East and attract foreign capital here. In the future, this factor could well become tourism, and the brand of the volcanoes of Kamchatka - a truly unique region of Russia. For example, we can take the American Alaska, a huge sparsely populated state remote from civilization, which the United States was able not only to develop economically, but also to make it a recognized tourist center of America.

Foreigners in Kamchatka today are primarily citizens of the APR countries: Japanese, Americans, Chinese, as well as residents of Germany, France and other European countries. Over the past few years, the number of these tourists in the province is inexorably declining. And in absolute figures of annual visits, the Kamchatka Krai is inferior to such directions as Egypt, Turkey or Thailand in a few dozen or even hundreds of times.

It can be assumed that the outflow of foreign tourists is partly due to the crisis moments in the world economy. However, any resident of Russia knows that Kamchatka is an expensive region. High prices for services and flights are one of the main problems that pushes an average tourist from visiting the region.

Every year to Kamchatka, up to fifteen charter flights from Japan and the United States are made. In 2012, the charter flight was renewed from the USA via Anchorage, and in 2013 - the direct route Petropavlovsk-Beijing-Petropavlovsk was established. The main stream of foreigners arrives in the region by domestic flights through Moscow. And here an ordinary foreigner is also waiting for two problems: high prices for air tickets and the absence of competition between air carriers, designed to reduce these prices. Even higher prices for flights are established by the carrier within the region. The terrain in Kamchatka is complex and most of the picturesque places can be reached only by helicopter. In view of the actual monopoly on the regional "helicopter market", there is no competition here either.

If the issue of the ticket price can still be solved, for example, by creating an alternative low-budget airline (the low-flyer Dobrolet is a striking example), then with the increase in the flow of foreigners into the region, another question will inevitably arise: where and how to accommodate the tourists who are accustomed to comfort? The lack of a normal infrastructure for accommodation, recreation and travel of tourists is a real disaster for Kamchatka.

For example, during the summer season, up to 10 passenger ships from the APR countries enter Avacha Bay. However, the absence of a passenger terminal, the appropriate berth and port facilities, coupled with high port charges, mean that large cruise ships arriving in Kamchatka are forced to stand in the roadstead. Those who are fortunate enough to get to the city by boat, the regional capital offers practically nothing, therefore such tourism is focused primarily on nature. And getting there is difficult and very expensive.

Based on the current situation, the majority of foreign tourists in the region are those who, for big money, go to obviously “wild” and uncomfortable conditions. Such people are willing to pay for the lack of amenities of civilization, broken roads and other "delights of life at the ends of the earth" for the unique opportunity to see nature in their natural environment. However, Russian tourists also come here for this. For example, Yevgeny Kaspersky, known worldwide for his anti-virus products, has been a regular guest in Kamchatka for many years.

So what is needed in order to raise Kamchatka tourism to the state level and make it truly international?

First of all, it is necessary to increase the overall attractiveness of the region for tourists and form a competitive tourist product. Complexity in this case represents both a large number of disparate companies, and the presence of intermediaries in the provision of various services. A big role here can be played by foreign business.

The Republic of Korea - one of the key foreign partners of the region - has long been eyeing one of the Kamchatka regions, where it wants to build a health complex on hot springs. Several years there is a joint Russian-South Korean project to build a ski resort on the basis of four Kamchatka sites, including the Avachinsky volcano. At the moment, the needs of foreigners in mountain skiing in Kamchatka are provided by helicopter excursions - heliski, which in most cases are expensive and limit the number of tourists with the capacity of the cabin. Interested investors in the construction in the province of a network of business centers, hotels and the development of services available for the middle class and family holidays.

However, one should not expect that with the advent of investments tourism in the Kamchatka region will instantly soar to the international level. In many tourist countries — Italy, Spain, France, etc. — this area of ​​activity began to develop more than a hundred years ago, while Kamchatka, a military outpost in northeastern Russia, was open to the outside world for just over 20 years. This region is young for foreign business and it is not surprising that now the average tourist from abroad knows more about Bhutan, Mongolia or Alaska than about the Russian Kamchatka. For example, the annual Kamchatka dog sledding race “Beringia” is very popular in the region, but almost nobody knows about it abroad. At the same time, the similar races in Alaska “Iditarod Dog Sledge Race” are known to the whole world.

In this regard, it is important to pay attention to the training of specialists for working with different peoples and cultures. The Japanese perceive the Far Eastern region as home, are precise in contracts and stipulate all the subtleties of travel in the treaty. Europeans have security on the first place, they do not trust the Russian service very much, but they are very eager to go to Kamchatka. The Chinese, previously interested only in the supply of fish products from Kamchatka, recently also began to be interested in it as an object for tourism. Today, the demand of tourism industry enterprises in Kamchatka is used by middle-level specialists, i.e. employees are able to sell and offer tourist packages. It is important not only to sell the product, but also to take into account the national characteristics and needs of the tourist who will get good impressions of the trip and tell about it to friends.

No less important role in the positioning of Kamchatka as an international brand belongs to social and business contacts. This year, only in the Asia-Pacific region, Kamchatka is represented in a number of tourist exhibitions: New York Times Travel Show (USA); (KOTFA (South Korea); JATA (Japan); China International Travel Mart (China), as well as being discussed as part of the Russian-American Pacific Partnership (RAPP) and the international forum on ecotourism in the Far East. the future.

So, the basic conditions for increasing the international attractiveness of Kamchatka are clear - this is improving tourism infrastructure, focusing on ecotourism, reducing prices for air travel and services. There is one more condition that I would not like to miss. This is the concept of travel culture. Want to travel, discover new territories and spend money on it should, first of all, the person himself - be it Russian or a foreigner. And if visiting tourists of Kamchatka Territory becomes truly massive, the tourist brand of Kamchatka has every chance of becoming global.