Komsomolsk-on-Amur and Svobodny will become pilot projects in the Far East within the framework of the “Smart City” concept. EastRussia understood that this could bring to the municipalities and telecom operators. 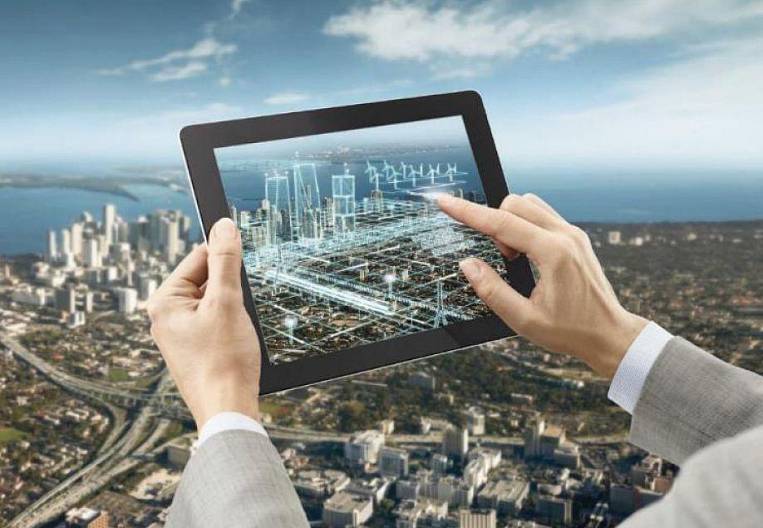 Photo: internetofbusiness.com
There are many definitions of "Smart City", but in general they can be reduced to the synergy of city functions with infocommunication technologies (ICT), which allows achieving a new quality of management of the municipal economy and economy, improving local infrastructure and improving the comfort of living. Another important issue that will help solve complex IT-approaches concerns effective interaction of the population, authorities and budget organizations.

In recent years, major players in the IT market have been actively promoting solutions for the smart city, the implementation of elements of the “Smart City” has become a daily practice in developed countries. The first steps are being taken in the Russian Far East. This applies primarily to systems that allow you to control the costs of utilities, to regulate the volume of consumption of services, depending on a number of factors. Another wide application of smart technologies is the creation of the Safe City software complex.

In turn, the integration of ICT and the Internet of Things (IoT) for business process management is demonstrated by technology parks. “Innovations in the northern cities are badly needed; we cannot develop the Far Eastern cities anywhere with old-fashioned methods. Only the use of the most modern technologies allows our objective drawbacks, if not turned into advantages, then at least somehow bypass them, ”says Yakutsk Mayor Aisen Nikolaev.

According to him, the Yakut technopark has made a serious breakthrough in the last five years. So, the turnover of IT companies (there are more than 40), engaged in the manufacture of software and mobile applications, has grown to several billion rubles. Technopark intends to expand its activities. Currently, IoT solutions are proposed to be introduced in the framework of innovations related to the development of greenhouse facilities using Japanese technologies (the managing company here is Sayuri, a resident of the TAN Kangalassy). The goal of this project is to provide local vegetables with up to 40% of Yakutsk's needs in tomatoes, cucumbers, greens.

However, it is still a local example of Smart technologies. Despite the development of broadband Internet access in the Far Eastern regions, it is not yet possible to talk about the widespread introduction of ICT. "For example, on Sakhalin smart infrastructure. Everywhere the coverage of 4G, but the services in most cases are either unavailable or do not work well. For example, there is no on-line taxi, the weather is turned to a Japanese resource, after the launch of a rocket by North Korea from the service of an electronic map, Sakhalin disappeared for a while, "said Boris Krasovsky, Director General of ESN.

At the same time, the Smart-city concept in international practice has proved to increase efficiency, saving operating costs to 30%, said Tigran Poghosyan, senior vice president for Russia of ZTE-Svyaztechnologii LLC ("daughter" of the Chinese corporation ZTE), which shortens the terms recoupment of projects in the regions and contributes to the increase in GRP. Due to the introduction of the principles of "Smart City", he continues, in the future significant optimization of budget expenditures is possible. There will be a change in business processes, primarily related to the activities of city services, federal organizations to provide services to the public. "In the Chinese city of Yinchuan, which has been the leader among Smart Cities for many years, more than ten different functions have been introduced for 20 departments. Medicine uses such a structure, education is like that. But there is a single network, a single cloud, a single use of big-data, "says Tigran Poghosyan.

According to him, Russia also has a positive experience in creating an ICT infrastructure. You can recall the project of "Rostelecom" and "Megaphone", implemented in Sochi for the 2014 Olympic Games. "Everything was done at a very decent world level. "Rostelecom" instead of the network bandwidth 2,5 Gb / s brought it to 40 and 140 Gb / s, realizing that there will be traffic growth. Megafon was the first to make the 4G network from scratch, the densest in the world, "Tigran Poghosyan noted. It is worth saying that the cost of the operators then amounted to $ 260 million.

It is planned that the first Smart-city in the Far East will be Komsomolsk-on-Amur and Free. "The government of the Russian Federation has been approved with specific road maps for Komsomolsk and Svobodny, in which a large gas processing complex is planned. Accordingly, we will initiate the possibility of creating a "smart city" there, "Elena Gorchakova, adviser to the RF Minister for the Development of the Far East, said.

In September, the Khabarovsk Krai government signed an agreement with Rostelecom on cooperation in implementing investment projects aimed at developing the Digital Economy program. According to the agreements, the operator will consider the possibility of investing in the development of the "Smart City" system and in the implementation of the "Smart Energy Saving" program in Komsomolsk.

"Everything says that Rostelecom will be the framework, the technological basis of the digital economy. We have the most powerful network of high-speed backbone communication channels that connect all regions of Russia and foreign countries. We are leaders in the total capacity of data centers. We have the largest number of home Internet, television and telephony subscribers in the country. We actively participate in the creation of intelligent digital services for the provision of public services, education, housing and telemedicine, and much more, "said Mikhail Oseevsky, President of PJSC" Rostelecom ".

As noted in the strategy for the socio-economic development of Komsomolsk-on-Amur until 2032, the formation of the elements of the "Smart City" is a multidimensional task, which includes the creation of technology parks, business incubators that develop appropriate solutions for specific urban tasks, the formation of a state monitoring system transport, electrical, thermal, sewer infrastructure through a network of video cameras, sensors, sensors, the readings from which are collected in situational centers.

If in Komsomolsk new technologies will have to be linked with the municipal environment that has developed over decades, in Svobodnoye, where a lot of housing and social institutions will be built along with the gas processing complex (the city development plan until 2025 is aimed at increasing the population by 10,2 thousand people - up to 64,4 thousand), as well as in Tsiolkovsky, where the "Vostochny" cosmodrome is being created, it is planned to create a Smart-city from scratch. This makes them particularly attractive for the implementation of ICT. "Free is essentially created anew. Neither here nor in Tsiolkovsky to test such platform solutions, "Elena Gorchakova emphasized.

Director of the Far Eastern Branch of Megafon PJSC Andrey Levykin agrees with her. At the same time, he says, it is necessary to initially lay in the projects of new buildings and facilities opportunities for Smart-technologies: “You cannot build a bridge if the FOCL is not provided. If a road is being built, do not pass it without building near base stations, so that later on these roads there will be network coverage. If we do everything together, then we, the operators, will be able to minimize at such a huge distance with a very small population, such as the Far East, the cost of infrastructure, and the city will be immediately Smart, and the inhabitants will be digitalized. And we will instill in the population the idea that we live in a digital world. ”

Another important aspect of the issue of digitization of Far Eastern cities is the source of funding. As Aisen Nikolaev admitted, banks are extremely cautious about such startups, and the concept of venture in the country does not exist in essence. Andrei Levykin, in turn, believes that there are reserves at the expense of cooperation of carrier companies. “5G is not far off, and future technologies will require more speed, but the speed in the radio channel is one component of the network. You also need to build a so-called back board - this is a fiber optic line, all that stands behind the antenna, which emits a signal. And such innovations will be needed so that no single company can cope. We should all unite, but at the same time we would like the state to act as a kind of umbrella, ”he concluded.

The head of Rostelecom also considers the unification of the efforts of communication companies to be inevitable. "None of the mobile operators independently of this infrastructure (the fifth generation - EastRussia) can not create. Proceeding from objective prerequisites, we will be forced to unite - we, as the basic fixed operator, and our partners in the shop. I think such a model will be implemented, "Mikhail Oseevsky is convinced.
Tags: smart city smart city Telecommunications Technology development