Only 15 species of cranes live in the world, of which six are found in the Amur River basin. Ecologists are sounding the alarm - the population of most species is degrading, including in the Far East. To save them, a number of international environmental organizations, including the World Wide Fund for Nature (WWF) of Russia, China and Mongolia, announced the Year of the Crane. They plan to conduct a complete population count and initiate a series of actions aimed at preserving the bird. 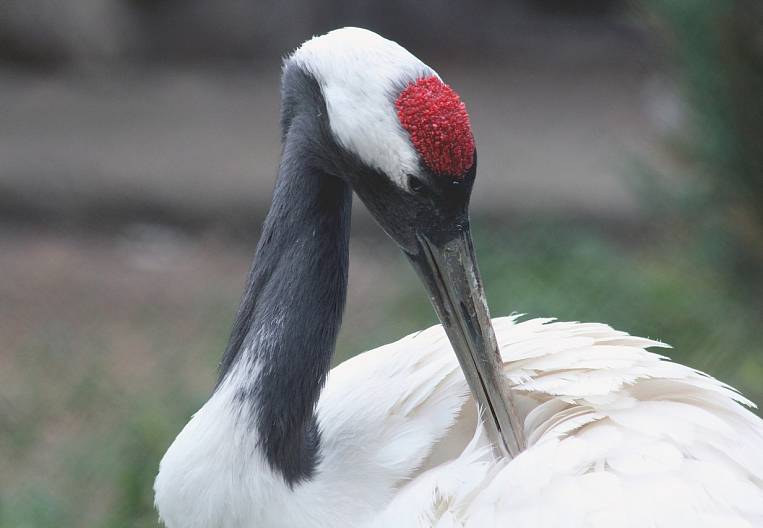 All species of cranes are quite few in number, and some of them are among the rarest birds in the world. Therefore, all 15 species of cranes are listed in the Red List of Threatened Species of the International Union for Conservation of Nature, one of the most respected environmental organizations in the world. Most of them have the status of vulnerable species, the Japanese and American cranes - the status of endangered species, and the Siberian Crane - the status of a species that is on the verge of extinction. The West Siberian Siberian Cranes are in critical condition - there are about 20 of them left in nature. Only four species of cranes, including gray cranes and belladonna, are on the Red List as the species causing the least concern.

“The abundance data now available show the gradual degradation of most crane species. We have fairly stable species of cranes living in the Amur basin - belladonna and gray crane. The rest are reducing their numbers, ”Yuriy Gafarov, project coordinator for the Amur branch of WWF Russia in specially protected natural areas (SPNT), the coordinator of the crane year in the Amur basin, told reporters in Vladivostok.

The last count of the crane population took place in the 90s, environmentalists still use these data on the number of birds. In 2020, scientists from Russia, China and Mongolia began to fully account for the crane population in their territories. In Russia, calculations will be held in the Primorsky Territory, Amur Region, Transbaikalia and the Jewish Autonomous Region. Birds will be counted visually, with the help of drones, according to the cries of birds on flights and nests. Accounting results will be known in November.

According to various researchers, no more than 30% of chicks emerging from eggs survive to adulthood, when birds can breed. At the same time, cranes are already not very “prolific” birds - usually only two eggs in a single clutch for a year, rarely three. And until the autumn departure, usually only one hatched chick survives. WWF believes that the main reason for the reduction in the number of cranes is fires.

“For Russia, Mongolia and China, the main problem is fires. As you know, cranes nest on the ground. In fires, nests with clutches and small chicks that cannot escape during the fire die. The same Japanese crane does not know how to nest on burnt territory, it needs tall, dry grass, ”notes Yuri Gafarov.

The second major factor affecting cranes is the involvement of their nesting sites in economic activity - drainage of swamps and their plowing for growing crops, the use of steppes and swamps for grazing, building habitats, burning dry grass necessary for crane nesting. There are also problems associated with agriculture - pollution of water bodies with pesticides used in agriculture. Affect birds and dams: a change in the water regimes of watercourses leads to a reduction in area and a deterioration in the quality of wetlands. In Mongolia and Dauria, according to the expert, there is another problem - there are many livestock that trample nests.

“A certain role is played by poaching, but this is not the most significant factor, because in our country cranes are kind, with love. There was a case in Primorye when they shot cranes, hunters themselves caught and handed over these poachers, ”the expert added.

An important role in reducing the numbers of these cautious birds can play a factor of concern. Cranes are harmed by spring hunting for waterfowl, which disturb birds at the beginning of the nesting period, make them throw masonry.

The International Crane Protection Fund and the Eurasia Crane Working Group have declared 2020 the World Year of the birds. The Russian Bird Conservation Union has chosen crane 2020 as a bird in Russia. He supported the Crane Year and the World Wide Fund for Nature (WWF).

“The announcement of the World Year of Crane is an alarm to society. The signal that rare species of animals are in danger, and they need our help, ”said Peter Osipov, director of the Amur branch of WWF Russia.

In the Year of the Crane, in collaboration with 24 reserves and national parks of the Amur Basin, the Directorate of Regional Specially Protected Natural Areas (SPNA), non-profit public organizations and WWF Russia conservation teams will continue to work on creating new protected areas and raising the status of cranes existing in key habitats, and will conduct taking into account their number will support the activities of anti-poaching and fire-fighting groups.

In October 2020, at the Far Eastern Conference on Conservation, it is planned to consider a new version of the Strategy for the Conservation of Japanese and Daurian Cranes, the rarest in the Amur Basin.

“Our work will be aimed at reducing the area of ​​fires and the number of fires in the habitats of cranes, at working with agricultural producers in order to take into account the interest in maintaining cranes in the production of agricultural products. We will try to achieve a balance of human interests and rare species, including cranes, in the conduct of activities, ”said Yuri Gafarov.

In addition, environmentalists plan to hold an educational campaign "Crane - a bird of the world." Its main task is to provide the residents of Primorsky, Khabarovsk, Zabaykalsky territories, Amur and Jewish regions with the most complete information about cranes in the Amur basin, about the dangers that lie ahead and what people can do to protect birds.

“We have long been convinced that the conservation of rare large birds, cranes and storks depends not only on global processes, but also on each person living in their neighborhood. Therefore, we offer people to start with themselves, to reconsider their attitude - first to fires, to chemicalization and land reclamation of agriculture. Here we hope not only for the help of nature reserves and public organizations, but also for teachers, educational authorities and cultural institutions, which can also become participants in the educational campaign, ”said Yuri Gafarov, coordinator of the Year of the Crane in the Amur Basin.

WWF-Russia has opened a special section on the Foundation’s website and on the information portal of the Amur Ecoregion Amurinforcenter dedicated to the Year of the Crane. There you can watch an exhibition with elements of augmented reality, download lectures, methodological developments for teachers, interesting facts and presentations about the cranes of the Amur basin, take part in the international competition of children's drawings.