“Madonna della Loggia” is one of the early works of Sandro Botticelli, an outstanding Italian Renaissance artist. Standing in front of the arches of the loggia, Madonna hugs the Baby tightly against her cheek. Here the artist follows the Byzantine iconographic style, known as “Our Lady of Glycophilus”, which means “sweetly loving” or “sweet kissing” in Greek. And not by chance: this is the most emotional and intimate type of image of the Virgin of all existing. In Russian icon painting, the most striking example of this kind is the famous "Virgin of Our Lady". 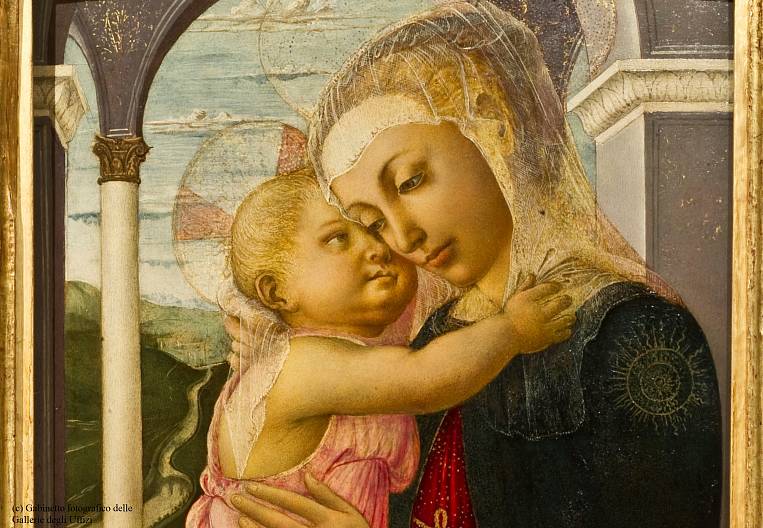 The painting from the collection of the Florentine Uffizi Galleries will have an exciting journey through Russia.

“We are proud to present our new project in the field of culture. Sberbank has become a reliable partner not only of leading Russian museums, but has also gained authority as a participant in major international art development initiatives. It is a special honor for us to bring the Madonna della Loggia canvas to Russia for the first time and accompany it on a unique journey through the country, ”said Tatyana Zavyalova, Sberbank Senior Vice President.

3-5 September, the premiere exhibition of the painting “Madonna della Loggia” takes place in the Sberbank branch at the WEF site.

According to Italian Ambassador to Moscow Pasquale Terracciano, the Madonna della Loggia exhibition marking Italy’s first participation in the Eastern Economic Forum is a rare opportunity to showcase the magnificent work of the Italian Renaissance in the Far Eastern region.

Residents and guests of Primorye will be able to see the canvas from September 8 to November 6 in the Primorsky State Art Gallery in Vladivostok. Then the picture will be shown as part of the VIII St. Petersburg International Cultural Forum. “Madonna della Loggia” will be on display at the State Hermitage from November 17 in the hall of Leonardo da Vinci during the absence of “Madonna Litta”. In a year, Leonardo Hermitage granted Italian museums the right to show at Leonido’s two masterpieces, Madonna Benois and Madonna Litta, at temporary exhibitions.

Thanks to the initiative of the general partner of the Sberbank project, blind and visually impaired people will be able to touch the Botticelli masterpiece: along with the original canvas, a tactile copy of the painting will be exhibited and a special audio guide will be provided.

Botticelli and the flowering of philanthropy

The painting “Madonna della Loggia” is one of the most significant early paintings by Sandro Botticelli, in which the influence of his teacher Fra Filippo Lippi is noticeable. Around 1465, Lippi wrote The Madonna Under the Veil, where Mary appears as a young, fashionably dressed Florentine, who, prayerfully clasping her hands, worships the Infant, thick-skinned, as well as the cheerful angels bringing Jesus to her mother. Botticelli's relationship with the teacher is not so much formal as spiritual. First of all, he is occupied by the loving unity of two figures: the child hugs his mother, whose hands gently hold him.

Already in this picture, it is noticeable that distinguishes Sandro from the teacher and will subsequently become decisive for his art. Firstly, the mood: Fra Filippo Madonna has no emotions, Sandro, with a slightly bowed head and a lowered look, is dreamy and thoughtful. Secondly, more flexible contours, greater flatness in the interpretation of the body of Mary - from the very beginning of his career, Botticelli was inclined to a special decorative effect, which in this case can be seen in the transfer of folds and halo. The mountainous landscape, introduced as a background into the painting by Fra Filippo, is replaced by Botticelli's rhythmic arches of the gallery. Harmony of rhythm is another distinctive quality of the master’s art. In him, as in the representative of the Florentine school, color does not play a decisive role, yielding primacy to drawing. The artist uses the traditional combination of blue and red in clothes, solving it with local spots.

The painting, apparently, originally enclosed in an interior frame-tabernacle, could relate to the so-called "home images". But nothing is known about the customer of this particular product. In the Uffizi Gallery, the picture came in 1784 years from the Chamber of Commerce, and from 1803 to 1905, it was stored in the Notary Archive of Florence.

In a duet with art

The exhibition of the painting “Madonna della Loggia” in Russia is not the first cultural project of Sberbank. Over the years, the company has become a partner in hosting major exhibitions, theater and art festivals, and significant music events. The bank helped to hold large-scale exhibitions in the Hermitage and the Pushkin Museum, together with the Tretyakov Gallery involved in the restoration of the painting by Ivan the Terrible, "Ivan the Terrible and his son, Ivan 16 November 1581." The bank is also a partner of the theater festival and the Golden Mask Award, the Moscow Festival of Circus Art and Roskino.

Everyone can now touch on works of art, feel them in the literal and figurative sense - for this, Sberbank is developing technological projects that help people with disabilities to join the culture. So, for the visually impaired, some performances and films are accompanied by tiflocom commentary (a laconic description of an object, space or action that is incomprehensible to the blind without additional explanation), Sberbank also held an exhibition of tactile paintings from the collection of the Pushkin Museum. The exposition “See the Invisible” was held in 15 cities of Russia - at the exhibition, blind visitors could literally touch art by touching a voluminous canvas.

On his 175 anniversary, Sberbank provided all fans of art with the opportunity to see unique art collections or to get acquainted with new creations - the bank gave free admission to art museums throughout Russia as part of the Art to Save project.