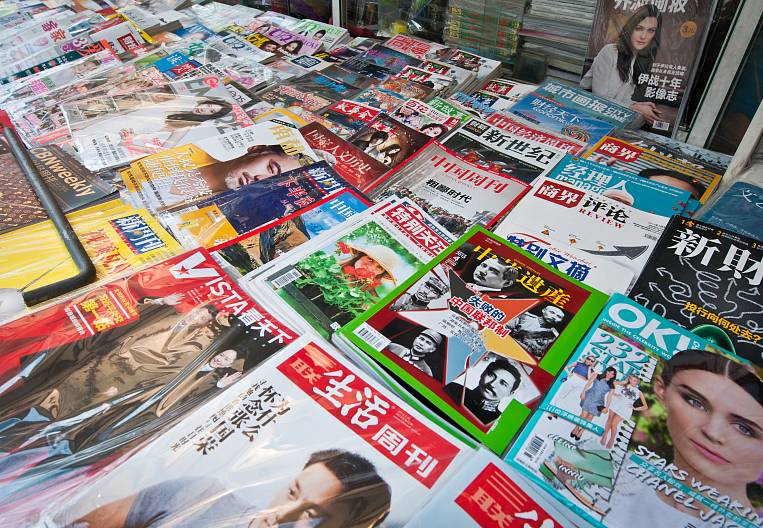 Nikkei Asian Review editor Katsuhiko Mesino said that "the recent turmoil in Taiwan and Hong Kong suggests that pressure on media in China is not limited to the mainland."

- During the riots in Taiwan, students spent three weeks in the parliament building. The reason for the protest is an agreement on the liberalization of trade with China, or rather the unceremonious manner with which the government lobbied it.

The administration of Taiwanese President Ma Ying-jeou signed a bilateral agreement with Beijing last year. The Nationalist Party, ruling in Taiwan, counted on the approval of the document in parliament as soon as possible. And I did it with the help of the legislative committee.

Of course, not only the approval of the treaty led protesters into indignation; They are also dissatisfied with the document itself, especially those articles that open up access for Chinese companies to Taiwan's advertising market. They fear that, thanks to big capital, China will be able to concentrate in its hands a serious influence on Taiwan media, thus threatening press freedom on the island.

The protest and its consequences came at a time when there was a growing fear among the people of Taiwan that Chinese influence was already being felt in the local media. It emphasizes these fears that are raging around the book “Shapho” (“Killing the Buddha”) of the Chinese author Yuan Honbina controversy. Some Taiwanese bookstores decided not to sell it. The book was published last fall. In it, Yuan states that the tenth Panchen Lama, the leader of Tibetan Buddhists, died suddenly in January 1989 not from a heart attack, but was killed by order of the Peking government for political reasons.

Last November, Yuan spoke out against Eslite stores, Taiwan’s largest book supermarket chain, and other stores that do not sell books. In their defense, the shops indicated that the content of the book may seem provocative. Later in the news there were reports that many Taiwanese bookstores were cautious about the sale of books of the Yuan, and not only Shaffo.

Critics believe Eslite fears that selling the book will hurt the expansion of the company in mainland China: being seduced by the huge Chinese market, it puts profits above democratic principles.

Some observers also note that the Taiwan media are beginning to describe events in mainland China in an increasingly flattering tone. Lin Fei-fang, the student protest leader against the trade pact, also warns of China's growing domestic influence in the Taiwan media business.

Freely speaking and in difficulty

Meanwhile, in Hong Kong since the beginning of the year there have been several cases of concern. For example, Hong Kong Commercial Radio in February suddenly sacked a popular leading program about current events. In the same month, the former editor-in-chief of the influential weekly "Ming Pao Daily News" was assassinated by the unknown and seriously injured. Both journalists were known for their criticism of China's serious influence on the Hong Kong government.

Although many questions remain unanswered, the truth behind these and other recent incidents is that the Hong Kong media is definitely undergoing complex changes with serious overtones.