Convergence at a distance 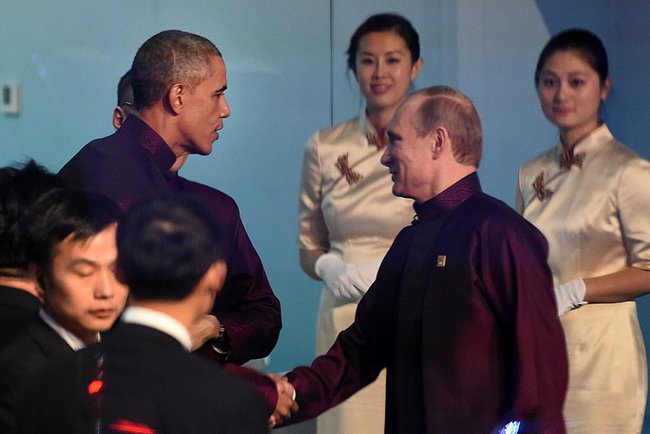 The range of issues discussed at the event was traditionally large. Correspondent of EastRussia.ru analyzed the most interesting moments of the APEC summit.

One of the main intrigues of the APEC summit in Beijing was how the Presidents of Russia and the United States would communicate and whether their dialogue would take place at all. As a result, the heads of state - Vladimir Putin and Barack Obama - really talked several times, and, according to the world's media, discussed all key issues - Syria, Ukraine, as well as the problems of Russian-American relations.

Can this contact be viewed as a prerequisite for reducing tension and avoiding the rhetoric of the Cold War? Such a conclusion would be premature. First, the meeting took place as part of another major event, and was not bilateral. Second, it is impossible to smooth over the differences that exist between the United States and Russia, or at least begin the process of rapprochement in such a short time. This is confirmed by the fact that there was no talk of lifting the sanctions. Simply put, this dialogue can be regarded as an episode of interaction between the two countries within the framework of international organizations, such as the UN Security Council, and one should not look for reasons for rapprochement in it.

During the summit, the dialogue between Vladimir Putin and Japanese Prime Minister Shinzo Abe took place, during which the crisis in Ukraine was also discussed and a decision was made to carry out the previously deferred visit of the Russian president to Japan next year.

Another important point of the last meeting of the heads of the APR states was the rejection of protectionist measures against trade for the next four years following the summit. Meanwhile, this is not the first such decision of the summit participants - in fact, the extension of the commitments made in 2012 in Vladivostok (then the rejection of protectionism was decided to be implemented until the end of 2015). At the same time, it was decided to minimize the effect of measures of protectionist nature, undertaken in accordance with the recommendations of the WTO.

It is very interesting how Russia will implement this decision: trade is already limited in the course of sanctions confrontation, and when it is over, no one can predict. Formally, these measures are not protective of domestic producers, however, in practice, one of the parties to the ban on import of foreign products was to restrict artificial competition for Russian products. However, do not expect that this decision will seriously affect the relationship with Western countries. Perhaps, in connection with the second part of the statement (concerning the WTO), it will only exacerbate Russia's position in the organization, which is not very firm.

Organically linked to the above is another decision of the summit, referred to in the final declaration. It is about the organization’s concern that the implementation of the WTO Trade Facilitation Agreement, signed in the second half of 2013, is at an impasse. First of all, this affects not only the economic situation in the countries participating in the summit, but also the reputation of APEC itself. If it is impossible to implement the points of the agreement, the confidence in the summit as a platform for negotiations and collective decisions will decrease. There is no need to talk about the final undermining, but the relations between APEC and the WTO are not easy, and such events will not positively affect them. In this regard, it was decided by all possible means to find a way out of the situation: "we are united in our intention to strengthen ... an open and comprehensive multilateral system, as provided for by the WTO rules." Interestingly, the main purpose of the agreement is a general increase in global GDP by 4.7% primarily due to the intensive development of small businesses and small enterprises. The goal is certainly ambitious, but at the same time it seems far from reality. However, concrete steps have already been taken - it was decided to create a system of transparent and secure financial services aimed specifically at the small business sector (along with the average).

Another important decision that cannot be ignored is the adoption of a program to enhance interconnectivity for the next ten years. The declaration says: “in the physical sphere, we will focus on improving the investment climate, increasing the financing of infrastructure construction by increasing public-private partnerships and using other tools in APEC member economies”. If you look at this point of the declaration from the standpoint of our country, then we will see a key plus: improving the investment climate, if serious steps are taken to this end, attract money from APEC partners, which will help reduce the effect of sanctions through foreign investment. capital in the economy, and in the future - to become a bridge for cooperation, thanks to which relations will improve not only with the APEC counterparts, but also with Western countries. In general, the voiced processes are seen as logical, especially in our era, when globalization has long become an accomplished fact. The interaction between the countries will also be aimed at simplifying the movement of people, the elimination of administrative and other barriers to trade, various structural reforms that can contribute to this. At the same time, it was decided to improve the efficiency of the supply chains of goods in the region - by 10% by the end of 2015.

There was also a direction directly related to the strengthening of mutual relations, the promotion of the development of the so-called "Internet economy". A special steering group has been created for this purpose. Its goal is to create all conditions for the favorable functioning of this sphere. This is directly related to the promotion of small business development, since a significant percentage of such business projects are carried out on the Internet.

The package of economic measures closes the decision to combat the “middle income trap”, which means stopping the economic development of countries when a certain level of government revenues is reached. These measures will be closely linked to simplified business conditions and structural economic reforms. A ministerial meeting on this issue is scheduled for 2015 year.

At the APEC summit, attention was also paid to the issue of combating Ebola. It was decided to actively interact with African countries and with all the forces to counteract the further spread of the epidemic.

Summing up, it can be said with confidence that at the APEC summit very topical and important issues were raised, and the action program looks up to the demands of modern times and is generally very realistic, although some goals look too ambitious. It is also important that the summit became a platform not only for negotiations on the region, but also on more global issues. Given the status of the participating states, this trend should continue in the future.