The Far East Development Fund and the Baikal Region (FRDV), Rosnano and RVC signed an agreement on the creation of the Far Eastern Development Fund and introduction of high technologies in the fields of the St. Petersburg International Economic Forum. The development of the Far East and the government and business are associated with high technologies - but how exactly will this development be realized? General Director of the FRDF Alexei Chekunkov talks about what investment projects the region needs, what is the future of the blockade in the Far East, and how to find new growth points in the whole Far Eastern business. 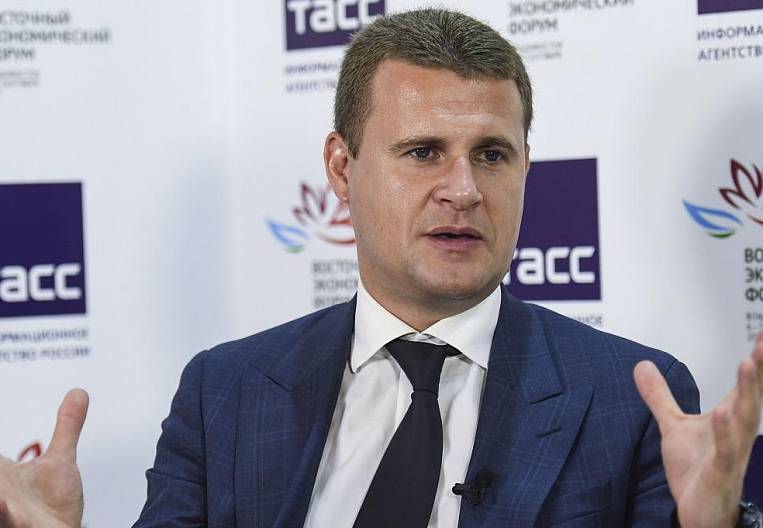 Photo: Kirill Kukhmar / VEF-2017 TASS Bank
- The SPIEF announced that the new fund had already signed agreements with two companies. How were they selected?

- The most important thing for us when choosing companies: first, they must offer domestic innovative solutions. Secondly, it should be companies that already have large customers in their orbit, and this proved their competitiveness.

The Far Eastern Fund for Development and Introduction of High Technologies has moved from the stage of formation to the stage of creating a portfolio of transactions. So far, two companies have been selected, one is engaged in innovative power sources, the other with security systems. In September, at the Eastern Economic Forum, we will sign legally binding documents with these companies. In general, the fund selected about ten companies that fall under its mandate, under its investment logic, and can become its projects.

The principle is as follows: the projects should concern and benefit the Far East. Not all companies will open factories in the Far East, some will offer solutions to customers who operate in the region. For example, Visitech develops software for automation of industrial safety systems. Such solutions can be applied both in the Far East and in other regions of our country.

- How much will you invest in one project? Is it refundable money?

- In the first projects we are talking about the amount of about 200 million rubles. on the project. As for the recoverability - of course, the funds are refundable. This is the basic principle of our work. Companies deal with a commercial fund, and not with a government subsidy. But this is not a loan, it's an investment in the expectation that the value of the company will essentially grow as a result. The fund expects to return through the growth of the company's capitalization in 5-10 times more funds than it invested.

We have strong technological clusters in the Far East: aviation, space, shipbuilding, hydrocarbons, oil and gas, mining, everything related to the ocean, robotics, innovative agriculture. The sanctions paradoxically gave such companies a powerful impetus. The fingers of two hands are hardly enough to list all sectors where there is already demand, there are engineering competencies, where effective capital can come. These realities set a very strict investment framework. The funds of the technofund will be invested over the next three years, and should return in seven years.

- How was the selection of projects for the Russian-Japanese investment platform?

- A characteristic feature of the Russian-Japanese platform is that it was calibrated for a very long time in close interaction with the Japanese side. Our partners from JBIC pay great attention to it. The Japanese have one of the largest reserves of capital in the world, they have the most powerful companies, including in narrow, niche sectors. If they are building a factory, then it concentrates the best in the world technological, market, management practices. It is important for us that all this is happening in Vladivostok, with us. The business plan was made by them, up to 2025 year. In it, having calculated the opportunities and demand from investors, they determined that there would be an order of 87 billion rubles. investments in 35 projects.

- In the priority, everything related to the sea, fish, agriculture, cars. One of the projects is the utilization of used cars. Interesting project. In Russia, there are many, but we are not very good at extracting useful elements, for example, from waste. In Japan, there are few resources, so for them any used car is hundreds of kilograms of useful things. A modern car recycling center is planned to be set up in Vladivostok.

- How much money is invested in the FRDF in the company of small and medium business?

- In doing so, you allocate funds to "Kolmaru", "Rusaro" or "RusHydro." But these companies may well occupy the market. Why does the Foundation work with such projects?

- Large projects are projects of special attention. Firstly, any large industrial project creates an entire ecosystem around itself. Both Kolmar and Rusagro are breakthrough stories that are changing the face of the economy not only in the Far East, but throughout Russia. Sergey Evgenievich Tsivilev (at that time the general director of the Kolmar Management Company, today the governor of the Kemerovo region - EastRussia) was one of the first leaders of a large company who came to the fund almost immediately after my appointment, and said: “The fund must give me money, because that I will mine 2 million tons of coal right here. " Showing, at the same time, a photograph of a remote tundra. At first glance, the risks seemed to us very high. However, the project passed all our expertise, and the fund provided the company with a soft loan. Today this mining project of Kolmar is one of the most dynamic, energetic and successful industrial projects in the Far East.

"But you support Colmar, and you do not support Mechel." How are these decisions made?

"We have mechanisms that guarantee that we will still return our money." We look at the dynamics of the project. We need to make sure that the investment effect will be greater, the project's manageability will not be lost, and investment protection is evident. As for Mechel, the scale of the company's work is not billions of rubles, but billions of dollars. These companies are engaged in financial organizations of the appropriate scale.

In the case of RusHydro, we do not finance a giant state corporation. We are financing a specific project, in which RusHydro is participating in Sakhalin, to create a platform infrastructure for Sakhalinskaya GRES-2. The decision to support this important project for the Sakhalin region from the Fund's resources was made by the government sub-committee.

- The Fund and the Chinese company Tai Cloud Corporation have concluded an agreement on the implementation of projects on the basis of blocking in the Far Eastern Federal District. One of such projects will be a financial center in the free port of Vladivostok. Tell about it.

- As soon as the regulatory field appears, we will enter the game, because we have partners with whom these ideas can be implemented. For example, we are helping a Singapore company tokenize our natural values. As carriers of technologies, they were introduced to the world's largest diamond mining company ALROSA. Singaporeans are using blockchain technology to make it available to own a diamond slice through a digital derivative. Now, in order to become an investor and keep part of your wealth in diamonds, you need to have at least one hundred thousand dollars, or even half a million dollars. And it is not very liquid, it is not so easy to sell a diamond. Now, instead of buying a particular diamond, anyone has the opportunity to buy a part of it, a share of ownership. And it looks like the demand for such "digital diamonds" will be high.

- Tell us how the new geoinformation system works for mariculture.

- For the first time in Russia, an electronic, fully automated trading platform for the formation and distribution of aquaculture plots has been legalized. The Internet service created by the FRDV will be determined by the Ministry for the Development of the Russian Far East as a platform for submitting electronic applications for the formation of fish farms. The work is nearing completion on agreement with government agencies on the data on accessible and inaccessible water areas prepared by the Fund. Soon, the site will be fully operational, that is, the investor will be able to independently form a fish-breeding site and send an application to the Federal Agency for Fishery. We hope, with the help of the new service, to fulfill the tasks set by Yuri Petrovich Trutnev (Presidential Plenipotentiary in the Far Eastern Federal District - EastRussia), to distribute about 100 thousand hectares for the needs of mariculture in three years. Already, 46 plots previously formed by Rosrybolovstvo with an area of ​​more than 9 thousand hectares in the most favorable areas of the Primorsky Territory for mariculture have been put up for electronic auctions. The first auction will take place on July 17th. A 68-hectare plot for aquaculture will be implemented there, located in the Khasansky District of the Primorsky Territory. Further, auctions for 45 fish breeding sites located in the Primorsky Territory will be held from August 3 to September 13, 2018.

- Are you afraid of speculation by profitable sites?

"It will not be possible to speculate on them." The system imposes strict requirements of Rosrybolovstvo, which on behalf of the state enters into an agreement in favor of the site: how much, what and when there should be produced. The speculators, firstly, will not have time for this, and, secondly, quite expensive, they will still have to risk capital. We have done so that both the initial payment will be high, and the competitiveness is transparent. There will not be more behind the closed doors. This was, in fact, the original idea of ​​attracting the fund to this project.
Tags: investments quotas aquaculture Technology Block 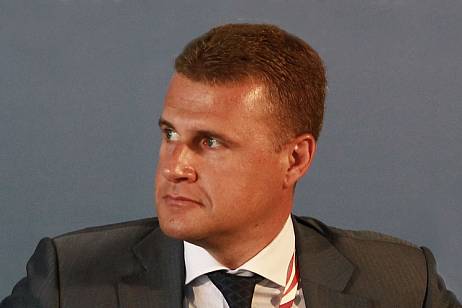