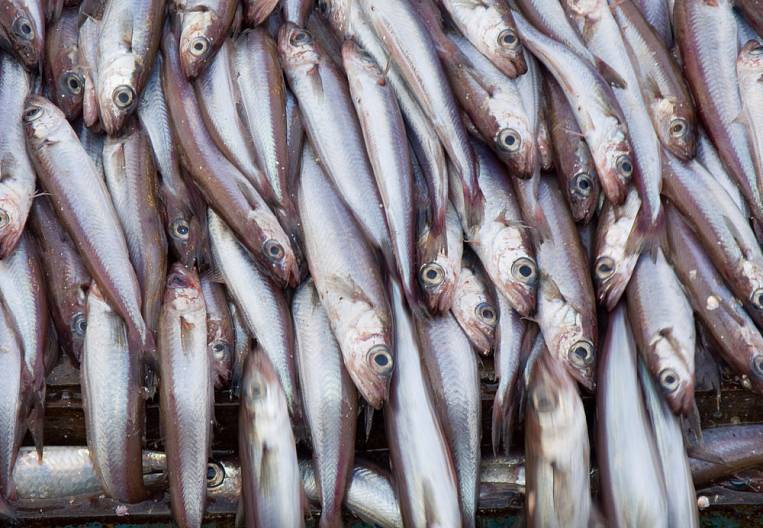 The President of Russia has set a task for the government: to reorient the fish industry from foreign to domestic markets. A separate instruction formalized the creation of a fish cluster in the Far Eastern Federal District - it has already been proposed to create in its region by the authorities of the Primorsky Territory.

Russia's marine resources are among the largest in the world. However, in terms of seafood consumption per capita, our country lags far behind European countries, and even more so from Asian ones. According to Rosrybolovstvo, in 2013, the average Russian ate no more than 18 kg of seafood, whereas in Europe it took 22 kg for one conditional feeder. At the same time, the volumes of production of the main types of fish products are growing annually.

At first glance, this is a paradox: according to the Federal Fishery Agency, in the Far Eastern basin, the total catch of aquatic biological resources in 2013 was 356,8 thousand tons, which is 26,3 thousand tons more than last year. However, all the same, 30% of fish and seafood in the diet of residents of the country is of import origin. In large cities, the share of fish imports reaches 50-60%. Will the creation of a new fish processing cluster, which the President spoke about in August 2013, help solve the problem? Rather, yes, than not, say experts and powerful people - and the latter, as usual, are much more optimistic.

The head of the region Vladimir Miklushevsky proposed creating such a cluster in Primorye. Here is the extreme point of the most important transport artery of Eurasia - the Trans-Siberian Railway, there are ice-free ports, and the geographical location of this subject of the Russian Federation contributes to the development of export of the industry's products to the largest markets of the APR.

Preliminary calculations show that the creation of a cluster will require about 40 billion rubles. According to estimates of the Public Expert Council on Fisheries under the Governor of Primorsky Krai, if the cluster functions normally, then by 2020, the annual turnover of industry enterprises in the Far East region could be 120-150 billion rubles. Almost half of this amount - up to 60 billion rubles - will come from the Primorsky Territory.

Work on a project to create a Far Eastern cluster has already begun. 30 January in Primorye, a contract was signed for the development of the concept of a fish processing cluster between the regional administration and the Moscow branch of a Japanese consulting company, the Nomura Institute, which has experience in designing similar clusters in Japan and other APR countries. The implementation of the contract is designed for five months. The first step is to create a concept. After its approval, the Nomura Institute will continue to develop a feasibility study and investment proposals.

It is known that the innovative enterprise Smart City Planning Inc. will be involved in the development of the fish cluster concept. This is a joint venture of 27 Japanese companies that specialize in applying modern technology to create a comfortable urban environment.

- The specialists of the Nomura Institute have the necessary experience of creating a new fishing complex on the territory of the port of Kesennum in Japan, destroyed by a tsunami. We are confident that this experience will be useful for creating the concept of a fishing complex in Primorye, - said the managing director and project manager of Smart City Planning Inc. Hideaki Aoyama. Cluster creation technology is still unknown. However, the Primorye authorities have already announced that they intend to implement the project together with the regions of the Far Eastern Federal District.

- The regions of the Far Eastern Federal District will be used together in Primorye, so the fish cluster will work for the entire Far East, - said Primorsky Territory Governor Vladimir Miklushevsky. - Therefore, of course, we have no right to implement the project alone.

It is assumed that the creation of a fish cluster in Primorye will allow easier access to domestic and foreign markets for fishing enterprises from other Far Eastern regions. Now, however, the position of the regional authorities can be described as cautious curiosity.

“It would be nice to launch this project,” said Sergey Ryabchenko, chairman of the Khabarovsk Krai Fisheries Committee, in the Vesti program. - To see how realistic it will act and how much it will affect the price of products.

At the same time, according to the official, in the Khabarovsk region 5 fish processing enterprises have international certificates and are already entering the markets of the Asia-Pacific countries with their products. But in general, the region has the need to ensure reliable marketing of its products, including processed ones.

It can be assumed that the industrialists of Kamchatka and Sakhalin, who supply their salmon products through Vladivostok to the domestic market, may show much greater interest in the project than the residents of Khabarovsk. Thus, in these regions, at the peak of production, up to 550 thousand tons of salmon were harvested two or three years ago, but there were serious problems with the processing and marketing of products. However, the neighbors still took a wait.

"If it proves to be profitable, the Sakhalin enterprises will supply their products," said Pavel Kolotushkin, head of the Sakhalin Oblast Fisheries Agency. - So far none of our enterprises has expressed such a desire.

According to him, the most important problem for Sakhalin fish producers is logistics.

“Today, there are big complaints to the port of Vladivostok, when the transports that come to the domestic market with fish products are idle,” added Pavel Kolotushkin. - During Putin season, the tariffs for rail transportation are higher, and there is not enough refrigeration capacity. If this problem is solved in Primorye, then we will more actively take our products to the domestic market.

His Kamchatka colleague did not comment on the creation of the fish cluster in Primorye.

It is already known that the project will receive federal funding - Deputy Prime Minister Arkady Dvorkovich instructed the Ministry of Territorial Development of Russia to include it in the federal target program for the development of the Far East. Russian and foreign companies have already expressed their interest in the project.

In general, the implementation of the fish cluster project does not cause doubts among experts. According to the analyst Investkafe Roman Grinchenko, in this or that way the regions themselves are interested.

- The main goal of the fish cluster in Primorye is to increase the share of processed products in the total sales of fish and fish raw materials. In this regard, I believe that fishermen from other regions will also be interested in this project. It will improve the profitability of the business due to the fact that they do not have to export raw materials, the prices for which are at a low level, "the expert said.

According to the analyst, the domestic fish cluster in Primorye will be able to seriously compete with the South Korean and Chinese cluster, as it reduces transportation costs, and, as a result, is more profitable.

- I think that after the implementation of this project, the volume of export of raw fish to the APR countries will be greatly reduced, and the domestic market will increase, - Roman Grinchenko concluded.
Tags: a fish Primorye Vladivostok