Sakhalin warms up the investment climate 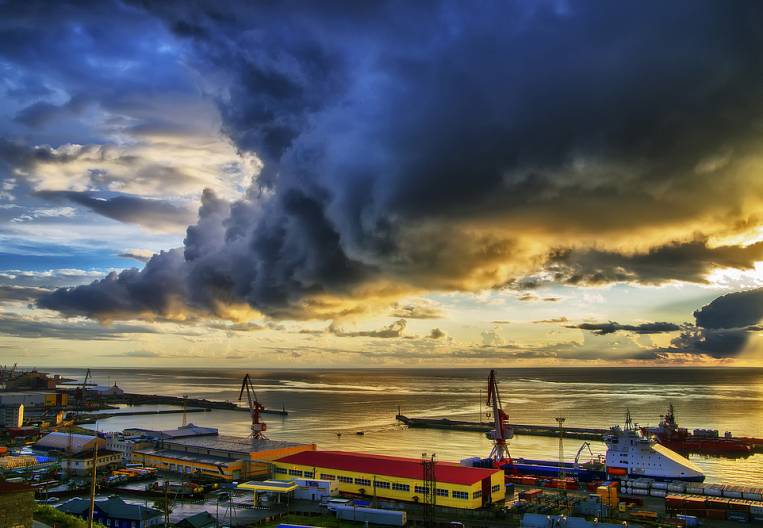 Photo: shutterstock.com
In November, the Sakhalin Region actively manifested itself in terms of promoting its investment potential. In addition to the fact that in mid-November the region was created by the Agency for Investment Promotion, a series of special events for European and Japanese business took place recently in the capital. It is announced that in the near future the investment portal of the Sakhalin Region will be available in five foreign languages: Russian, English, Japanese, Korean and Chinese.

The idea involuntarily suggests itself that business is not running to Sakhalin today. It is not surprising - despite the fact that large-scale investment raw materials projects are being implemented in the region, it is managed by a strong team, it has a developed banking system, but it is still heavily inaccessible for transport, there are many infrastructure problems within it, imperfect legislation exists as well as it is sparsely populated. Some measures to eliminate these difficulties are being taken today - not only by the region, but also by the federal center. But it is obvious that they will have their effect only after a certain time. As can be seen, the Sakhalin authorities are fully aware of this and therefore decided to try to lure business into the region by strengthening direct work with it. As part of this work, the Investment Promotion Agency established in the region is most noteworthy. Therefore - we will tell about it some details.

Let's immediately clarify why the Agency for Attracting Investments in the Sakhalin Oblast was created despite the fact that the region already has a so-called Sakhalin Oblast Development Corporation. The fact is that this structure is engaged only in large projects - involving investments of 250 million rubles and more. That is, as such, it does not conduct small and medium business projects. These projects just fell on the shoulders of the Sakhalin Investment Promotion Agency. It, created on the basis of the analytical center of the Ministry of Economic Development of the region, works on the principle of "one window", which minimizes bureaucratic delays. At the first stage of work, the Agency will not have its own website - its work will be carried out through the investment portal of the Sakhalin Region, the development and promotion of which it is now engaged in. True, so far, except for the coordinates of the Agency, no more information about him is contained on the portal.

As for the Agency's functions, the key ones are the search and attraction of investors who are ready to invest their funds in well-developed investment projects on the territory of the Sakhalin Region, as well as support of investment projects from submitting an application to their implementation. As for the financing of certain business ideas submitted to the Agency, it is possible both at the expense of the Sakhalin Region Development Corporation and the small business development fund, as well as at the expense of preferences established for residents of the Free Port of Korsakov or territories of the leading development in the region. In turn, the Agency is available to all applicants, in particular from other regions and even other countries - no framework, restrictions and prohibitions have been established for applicants. The only condition put forward by the Agency is that the declared project must be adequate and realistic.

If we talk about the development of the Agency, then at full capacity it will be released in January-February 2017-th year - after the formation of its own structure. In particular - full staffing. To date, the Agency employs specialists able to carry out consultations in Russian and English, in the future the spectrum of the Agency's specialists who speak foreign languages ​​will be expanded.

Thus, it seems that it is the Agency that is to search for and attract investors willing to invest in Sakhalin, explain all the details of the work in the island region - both advantages and risks. To imagine how this, roughly, will look from the outside, the EastRussia correspondent asked the vice-president of Expobank Valery Bespalov how he came to Sakhalin business to cope with the main difficulties that he faced there.

"As in the 1990-ies, today, personnel shortage is still on Sakhalin. But if earlier local companies had to cope with it alone, now this problem is partially eliminated. For some time now, the local Sakhalin State University has begun to pay more attention to the release of specialists whose specialization is more in demand in the labor market, says Valery Bespalov. "For example, oil and gas companies train specialists in it to work in those enterprises that currently operate in the Sakhalin Oblast or have the potential to start such activities in the region. Including at such faculties of the University as faculties of foreign languages ​​(primarily eastern), information technology, oil and gas industry. The other side of the issue, on which the decision of the personnel problem depends, has remained unchanged since the past. It is about the existence of people who have a great desire to work, but at the same time encounter a pronounced tendency to underestimate their knowledge and qualifications from potential employers. After all, to look for a cheaply good specialist is, still, the trend of modern life, if not nonsense. So I want to cite as an example to such employers the classic image of the priest from the work of A.S. Pushkin "The Tale of the Priest and His Workman Balda": "You would not be chasing, pop, for cheapness."

There is, according to the expert, and another risk characteristic of Sakhalin is the legal risk. This is a problem of the still remaining imperfect Russian legislation. Especially in the field of protection of private property, its legal protection, arbitration disputes, etc. In connection with these gaps in the 90-ies on Sakhalin there was a lot of resonant scandals associated with the Japanese and Korean businesses that invested in the construction or creation of local infrastructure. Disputes eventually have been resolved over the years and to date the situation is more or less calm, but those investors have left. The new investors show triple caution when deciding to establish a business in the region and investing in projects.

"Nevertheless, both with the staffing and with the problem of legal support, business today is much easier to cope with. On Sakhalin, a number of the largest legal and recruiting world names, consisting of Russian and foreign companies, operate a lot of local companies of similar profile, having both experience and knowledge, and a desire to provide support to the needy business, from recruitment to preparation and maintenance of all business documentation , Including high-quality and highly qualified assistance on Russian and international legislation, "Valery Bespalov explained.

The interviewee added that today in Sakhalin there is no problem for the project to receive funding, especially if it is socially significant for the region. And, looking into future prospects, it is important not to miss the moment in order to jump in, so to speak, “on the running board of the departing train”, that is, not to miss the moment to take advantage of the preferences offered by the government of the Sakhalin region today as support for investment projects. Therefore, as Valery Bespalov notes, today everything says that those who are interested and interested need to hurry with access to the regional government and its financial institutions in order to receive these preferences. Although the large Russian banks today play a large role in the regional economy, they still cannot provide a big help in the framework of investment support. There are many reasons: lack of resources, expensive loans, lack of long-term financing, etc. That is why the attraction of foreign companies to the region, coming with their own resources, technologies, knowledge, is strongly encouraged and supported at the highest level.
Tags: Sakhalin investments Expobank Investment climate