With a focus on development

Since the beginning of this year, the Trans-Baikal Territory Industrial Development Fund has supported 14 production enterprises in the region for a total amount of 37 million rubles. In addition, two regional projects were supported by the federal Industrial Development Fund — the MIR ceramic brick factory and the Vostok-Agro LLC front-end loader manufacturing project. 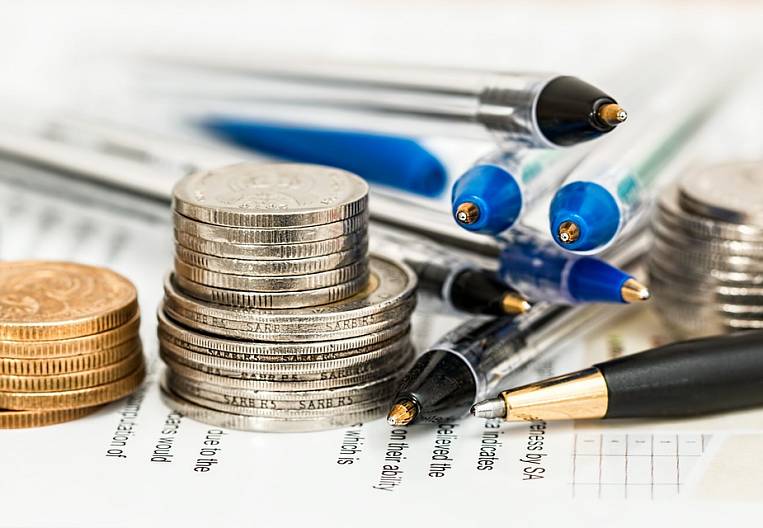 The day before, the Ministry of Economic Development of the Trans-Baikal Territory recognized the Industrial Development Fund as one of the winners of the competitive selection of measures to subsidize the infrastructure for supporting small and medium-sized enterprises. Thus, industrial enterprises have an additional opportunity to start or give a new direction for the development of their business by obtaining microloans on favorable terms.

“Additional opportunities always open up new prospects for development, especially when it comes to our work, in the framework of which we support regional enterprises. We have more opportunities - more prospects for the development of the entire regional industry. We, as before, continue financing in the form of loans at a preferential interest rate for the purchase of equipment in order to modernize production and replenish working capital, ”says Elena Mirsanova, Director General of the FRP.

The Industrial Development Fund provides microloans in the amount of up to five million rubles for a period of up to three years, with an interest rate of 7,25% per annum. Such low interest rates and the complete absence of any commissions, fees and payments allow manufacturing enterprises to realize their goals in the shortest possible time. The Foundation has already received support from regional enterprises in the food industry, forestry, agriculture, and manufacturing — the production of reinforced concrete and metal products, dental products, and plastic windows.

In July, for the first time, the federal Industrial Development Fund supported the Trans-Baikal enterprise - the MIR ceramic brick factory. With a loan, the company will modernize production, diversify its product range and increase exports. According to the plant’s general director Vitaliy Gnatyshen, the line modernization project plays an important role for the further development of the enterprise.

“The implementation of the project will provide our consumers with not only better wall materials, but also new types of products in terms of the production of colored ceramic bricks. The project support from the Trans-Baikal Territory Industry Development Fund played a key role in our decision to present the project in order to attract a soft loan to the Russian Industry Development Fund. At all stages of the preparation of the project for expert advice, our specialists received timely, highly qualified assistance and advice from the regional

fund. Thanks to the support of the FRP of the Trans-Baikal Territory, it became possible to implement a project to modernize the ceramic brick firing line with the installation of modern energy-efficient equipment, ”said Vitaliy Gnatyshen.

After modernization, the company's productivity will increase from 24,9 to 26,3 million pieces of bricks per year. In particular, the management plans to increase its market share in Mongolia. Thus, the total export share will increase from 5% to 10,5%.

The Trans-Baikal enterprise Vostok-Agro, which is an anchor resident of the Trans-Baikal Territory, is launching the production of single-bucket wheel loaders with a variety of attachments in the region. Implementation of the project was made possible thanks to the support of the federal and regional Foundations for Industrial Development.

“We are pleased that such an organization as the Industrial Development Fund operates in the Trans-Baikal Territory, which provides loans on concessional terms to finance projects aimed at developing and implementing advanced technologies, for the production of new competitive and high-tech products, and for the development of production activities of enterprises in the Trans-Baikal Territory . Thanks to the support, our company will be able to launch the production of front-end loaders, reach a new level, achieve more efficient profitability indicators, ”notes Andrey Zorkin, Director of Vostok-Agro LLC.

Front-end loaders, which will be produced by the enterprise, are widely used in the construction and mining industries. They can work with loose, small-sized and long materials. Front loaders with attachments are also used in utilities, agriculture, and logging.

“We are proud that Trans-Baikal entrepreneurs strive to conquer new peaks and their ideas find support not only at our regional level, but more importantly, at the federal level. Moreover, the implementation of such an ambitious project as the production of front-end loaders requires special attention, since the share of foreign manufacturers in the front-end loader market in Russia is about 90%. After the launch of new production in the territory of our region, this figure will decrease to 87,6%. And the point is not only in the percentage ratio, and most importantly - in new jobs and raising the entire regional industry to a new level. And this is the second project that our Fund co-finances with the federal FRP. What previously seemed impossible to receive funds on very favorable terms has now become affordable and understandable, ”said Elena Mirsanova, head of the regional FRP.

According to her, increasing competitiveness is an integral part of the effective activity of the enterprise, therefore, the Fund assists in the acquisition of new equipment and replenishment of working capital. Elena Mirsanova notes that the main objective of the Fund is to modernize existing companies or create new production facilities.

“Many managers of Trans-Baikal enterprises turn to us to update the production capacities of their enterprises to produce even better products that meet all modern requirements, and we help and assist in the implementation of these plans,” concludes Elena Mirsanova.

The head of the region, Alexander Osipov, during a council meeting with the plenipotentiary of the President of the Russian Federation in the Far Eastern Federal District (FEFD), which took place on the eve of the Eastern Economic Forum, said:

“The Far East is the largest construction site in the country. Our task is to use this potential to give an impetus to the investment, economic, and social development of the region. It is very important for the Trans-Baikal Territory, which for a long time dropped out of the country's economic, infrastructural, social, international, cultural agenda, to return it to this broad road of various events and thereby revive interest in it. ”