The fish is waiting for change 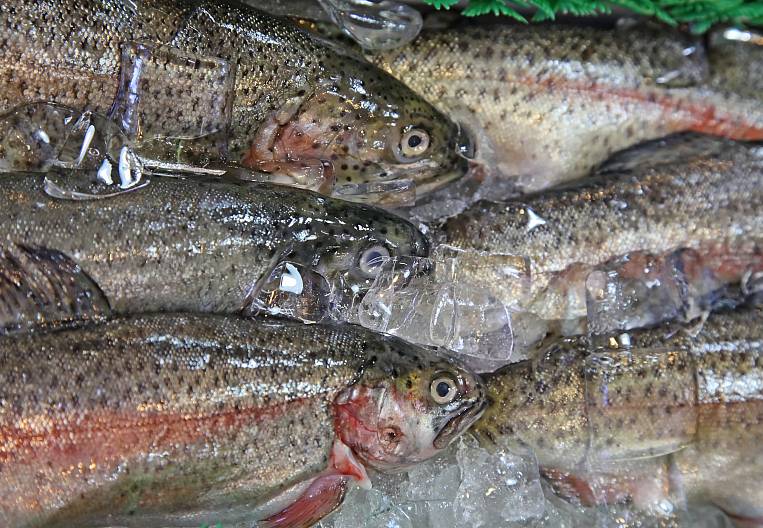 The General Director of Engineering & Development Company Anton Sukhorukikh is sure that the fishermen will not live long by the old rules.

- Anton Leonidovich, the proposals of various services and departments concerning the development of the fishing industry in Russia are of a very revolutionary nature. Apparently, the principle of distribution of quotas for catching aquatic biological resources after 2018 will undergo changes in the near future. This was discussed at a meeting on the social and economic development of the Arkhangelsk region, which was chaired by Russian President Vladimir Putin on June 9. The government insists: part of the quotas should be linked to the construction of the fleet (the principle of "keel quotas"), the rest should be distributed according to the "historical principle" for 20 years or more.

- Nothing unexpected happened, such that it would not be calculated in advance and was not discussed already. 4-5 June 2014. Rosrybolovstvo held an auction to sell the right to conclude an agreement on fixing quotas for the extraction (catch) of aquatic biological resources for commercial fishing in the Far Eastern fishing basin. 44 organizations took part in the auction. At auction, 66 lots were auctioned with the total initial price of lots 31 532 393 rub. According to its results, 475,3 million rubles will be transferred to the federal budget. This is a record amount.

What follows from this? In particular, the historical principle of quota allocation is unlikely to persist. During the crisis, the state will use all means both to replenish the budget, and to pursue a policy of accelerated transition to the maximum possible self-sufficiency and self-employment of the country. And we will talk not only about the level of cost of the quotas themselves, but also about the encumbrance of quota holders by bound obligations. And the same "quotas under the keel" are a very reasonable way of such encumbrance, and not the only one. There is unequivocally positive experience of encumbrance of licenses for subsoil use, for example, in the oil and gas industry. This allows one to expect the spread of such practices to other areas of activity related to the use of highly profitable natural resources, including the fishing industry.

- However, the existing and even Russian shipbuilding capacities under construction are loaded under 100% for the long term.

- Therefore, the implementation of the "keel quota" principle is likely to be phased and coordinated with the state and development of Russian shipbuilding. And at the initial stage of implementing this principle, it will probably be combined with some other principle, perhaps the same historical one. And here we must realize that this situation is caused by a purely objective reason, and by no means is a concession, so it is hardly expected that the historical principle of all 15 or 20 years will be as crystal-clear as today. In addition, other encumbrances will be introduced with high probability, for example restrictions on the export of raw materials of low processing level, up to prohibition in the long term, the norm for 95% use of mined raw materials, and other requirements for bringing the business related to fish production to Civilized appearance.

Understand that in the current economic situation in the world, money loses value, and owning it makes sense. As President of the Russian Federation Vladimir Putin farsightedly noted back in 2008, “no one needs money, these papers, in the modern economy. Looking for assets. ” The most valuable assets are scarce and demanded natural resources, one of which is fish and other aquatic bioresources. And the true price of this asset is already evident. At past auctions all records of quota prices were broken! The business valuation of the right to extract aquatic bioresources has increased, almost overnight, by 15, and this is obviously far from the limit. After all, fish quotas as an asset are of interest not only for fishermen, but also for representatives of other, much more capitalized businesses.

- In fact, this can lead to a redistribution of the market. How should the fishermen act in this situation?

- It was repeatedly said that the companies of the fishing industry need to unite, develop a joint ideology, offer the state a clear plan of action for the modernization of the industry, coordinated with the main theses of the new economic and industrial policy of the country. And this is a course aimed at reducing the import of raw materials with the transition to high-value products export, resource saving, import substitution, de-fhosting, the transfer of production to Russian territory, the priority of domestic suppliers when placing industrial orders, increasing the responsibility of business to society and the state. If the fishermen do not offer their own version of a plan of action that suits them more, but fully takes into account the interests of the state, it will impose their vision of this plan on them. This vision may be such that most of the current participants in this business will be squeezed out of it. The first events in this vein have already occurred.

Fishermen still have a short time to work out a coherent, consolidated and balanced program, start promoting and negotiating with the state. This can be done by creating the Council of Associations of Fishery Enterprises, delegating to it the rights to work out and agree upon relevant decisions with the authorities, creating under its auspices a working group involving strong and competent specialists who are able to understand and take into account not only business interests, but also Interests of the state. In parallel, it is necessary to organize a public discussion of the program provisions and broad coverage of these processes through the media. This is necessary both for legitimizing the program and for preventing various excesses related to the fact that, in the absence of information about what is happening, the authorities may consider that nothing is happening and continue carrying out their own course.

Reference: LLC "Engineering & Development Company" is a company that provides services for technological, technical and financial audit, consulting projects and companies. Engaged in the organization of the construction of new and modernization of existing industries. Works in the fishing industry, as well as the food and chemical industries, mechanical engineering, shipbuilding and ship repair, construction.