Fish in the law 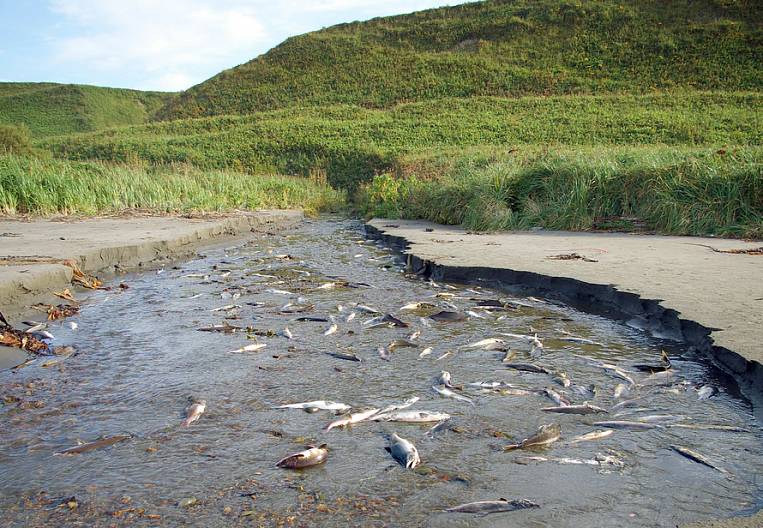 At the moment, the preparation of a draft law to improve the regulation of fishing is coming to a final stage: the document assumes an increase in the efficiency of the development of national aquatic bioresources and the introduction of preferences for fishermen delivering catches to the Russian coast. However, the fishermen themselves are quite critical to some changes. Coastal fishing again became a stumbling block.

Amendments to sectoral legislation (Federal Law "On Fisheries and the Conservation of Aquatic Biological Resources") were discussed during 2014-2015 at various sites, including regional ones. Recently, at a meeting in the Ministry of Agriculture, a revised version of the document was presented, taking into account the comments previously received from the fishing community.

“It is important that we have preserved the historical principle of distribution of quotas shares and at the same time increased the period of their consolidation by 25 years - this is a great breakthrough,” said Ilya Shestakov, Deputy Minister of Agriculture of the Russian Federation, head of the Federal Agency for Fishery, opening the meeting of the working group.

Along with an increase in the period for securing quotas shares to 25 years, it is proposed to introduce incentive measures aimed at updating the fishing fleet and production capacities. In particular, it is planned to raise the threshold for the development of quotas from 50% to 70% to increase the efficiency of the extraction of aquatic biological resources. At the same time, in order to liquidate "quota rentiers", a norm is introduced obliging users to master at least 70% of the volume of the received quota on their own fishing vessels or on vessels acquired under a lease agreement. To ensure the operation of fishing holdings, it is possible to use vessels within one group of persons.

Major innovations have touched upon the principles of separation of coastal and industrial fisheries. In 2018, industrial and coastal quotas in their present form will cease to exist. There will be a single quota fixed for 25 years, on which the shares will be calculated. In addition, it also means moving to a single fishing area.

Previously, the concept of “coastal” regulation was proposed through the technical characteristics of fishing vessels.

“In the current draft, we go back to the 2004 wording where it was clearly stated that coastal fisheries are aimed at providing both onshore processing facilities and fresh and chilled consumption. This message has been preserved in the proposed draft law, ”said Vasily Sokolov, Deputy Head of the Federal Agency for Fisheries (FAR).

Coastal quotas will be determined annually and only for sites for which the total allowable catch (TAC) is established. Users will be eligible to apply for inshore fishing intent - within their quota limits. A multiplying factor of 1,2 will be applied to the declared quantity. The main limitation is that the catches must be delivered fresh and chilled to the shore, overloading and production of products on ships are prohibited.

After the approval of the coastal quota, the balance will be distributed according to the share principle for industrial fishing. Thus, as emphasized in Rosrybolovstvo, the user himself chooses whether to take on additional obligations.

Unquotable objects can be extracted only in the mode of industrial fishing. In order to stimulate their development, it is proposed to simplify as much as possible access to and remove all barriers for fishermen, including allowing unloading not only in ports, but also in other places established by the subject of the Federation.

The bill contains a mechanism for calculating shares in the transition to a single quota. According to the developers of the bill, as a result, the size of each user's share may change, but in tons the volume will remain the same. The fishery under international agreements also provides for a different principle of consolidation of shares and a special procedure for concluding contracts.

Fishermen in general support the concept of the bill, believing that the proposed legislative conditions will improve the investment climate in the industry. At the same time, they categorically disagree with the proposed principle of coastal fishing, although they acknowledge that the current administration of coastal waters also needs to be changed.

“Everyone is dissatisfied with the existing regime of coastal fishery - both mining organizations and processors on the coast, except perhaps the regulatory authorities. Therefore, it is necessary to make changes to the law, but business would like to see a detailed justification of the proposed amendments in the explanatory note to the bill, ”said German Zverev, president of the Association of Pollock Catchers.

Fishermen pay attention that it is very problematic to monitor the fulfillment of obligations of companies to deliver products to the territory of the subject of the Russian Federation. This can lead to the use of an incremental factor as a mechanism for the unfair redistribution of resources, they say.

Experts also add that such a principle can lead to excessive administrative pressure on fishermen, increasing the corruption component.

“The existing law has minimized the participation of officials in the distribution of the resource. Now it turns out that the user has to come to the agency again every year. We have already gone through this, we would not like to return to the old days, ”says Alexander Fomin, President of the All-Russian Association of Fisheries Enterprises, Entrepreneurs and Exporters.

It is also controversial to remove the regional leadership from the regulation of coastal fishing. "This fishery is designed to solve, first of all, social tasks to improve the remote areas and keep the population on them, and to whom, no matter how the regional authorities, it is clearer, clearer and easier to solve these issues," the chairman of the board of the Association "Union of Fishing Collective Farms and Enterprises of the Sakhalin Region" Sergey Senko.

“The fact that the issuance of quotas is going to be transferred to the federal level is completely contrary to the logic of the development of any region. It is not right. Coastal quotas should be assigned to an entity, and only those businesses should receive a share of the quotas that are registered in that entity. Otherwise, there is no responsibility, no foreseeable future and development, ”says Sergey Ryabchenko, chairman of the Khabarovsk Krai Fisheries Committee. Khabarovsk residents are also worried that in coastal fishing it will become mandatory to supply fresh and chilled catches, and processing on ships and overloading of ships are not allowed. According to Sergei Ryabchenko, this puts the fish industry in the region in a "stalemate" situation. So, for example, the Khabarovsk Territory will be forced to abandon the catch of herring, which is being caught today according to the scheme “prohibited” by the new document. Meanwhile, now the region accounts for 98% of the catch of this fish.

In the Kamchatka Territory, the opinion of colleagues is generally supported. “Coastal enterprises of the region should be loaded with fish. And the business should work calmly, with a perspective. A single quota may lead to the fact that large vessels will enter inland waters, and we remember the negative experience of the 1990s. The coast will come to an end for objective reasons - the large-tonnage fleet will "clean up" the feed base and we will simply have to stop fishing. We plan to write comments and suggestions from the association on changing the proposed principle, "said Igor Redkin, chairman of the supervisory board of Vityaz-Avto (Kamchatka Territory).

In general, experts admit that the document still needs to be worked on. And it is important to keep the balance and positive dynamics of the industry development. “There are many incomprehensible things in the proposed bill. It is necessary to look carefully - will it not be too high a price to pay for the same extension of the period for securing quotas? If we completely rewrite the law, we must clearly understand what we will get in the end. Will we be able to keep at least the current indicators. Yes, the existing law is not perfect. It needs some work. But it has already shown its effectiveness. We are steadily producing 4,2 million tons per year - this is an indicator. We need to think very well before adopting the amendments, ”concluded Georgy Martynov, head of the Association of Fisheries Enterprises in Primorye.

Rosrybolovstvo listens to criticism from representatives of the fishing industry. “It is clear that any innovations, even if they are for the benefit of the entire industry, can cause individual discontent. Moreover, if they provide for additional obligations. But the need has long been ripe to develop mechanisms for modernizing the fleet, increasing the efficiency of the development of aquatic biological resources and developing the delivery of fish for onshore processing. Moreover, all these measures are aimed at ensuring the food security of the country, "commented on the amendments to the EastRussia bill in the department. The press service also stressed that “these proposals are being developed jointly with fishermen, regional authorities, there are ongoing broad discussions, consultations,” and all of them are aimed at “increasing the efficiency of the development of aquatic biological resources and the functioning of the industry as a whole, increasing the supply of fish products to the Russian coast ".
Tags: bill Fishing Rosrybolovstvo Ilya Shestakov quotas Vasily Sokolov ODU Kamchatka