Fish not for cats 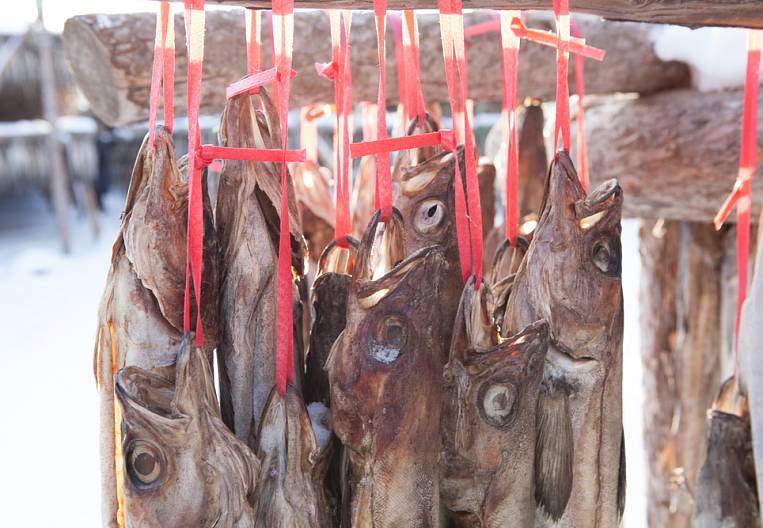 Pollock is waiting! Coronavirus closes Chinese corridor to Far Eastern Farmers Aquaculture numbers
All author's materials
The market only played up the increased demand for this delicacy in China and Europe. Next, we expect a jump in prices due to a cheaper ruble. However, an 30-percentage rise in price may seem like a slight misunderstanding compared to how prices will soar if it succeeds in breaking Russian fishing legislation and introducing auctions in the distribution of aquatic biological resources.

On the eve of the representative bodies of the subjects of the Far Eastern Federal District unanimously supported the historical principle of the distribution of fishing. The deputies joined in the discussion of the bill of Senator Elena Afanasyeva, according to which the law "On Fisheries", which is fundamental to the fishing industry, should introduce an amendment prohibiting the change in the current list of quota types during 15 years.

The State Duma Committee on Natural Resources, Property and Land Relations collects feedback, suggestions and comments on the bill until 22 August. The preliminary period for preparing the initiative for consideration by the State Duma in the first reading is September of the year 2018.

Let me remind you that for almost a year now there has been a discussion about introducing amendments to the Russian fishing legislation with regard to the distribution of crab and then fish quotas. The Federal Antimonopoly Service joined the process recently, but already proposed to withdraw quotas from fishermen and resell at auctions. The arguments of the fishing community that this is extremely negative, down to bankruptcy, will affect the economic sustainability of many fishing enterprises, and a one-time replenishment of the federal budget from the sale of quotas will be completely discounted by the absence of tax revenues in subsequent years while they remain in the government without attention.

The parliamentarians also noted that the removal of some of the crab quotas will lead to the fact that fishing enterprises will be forced to partially or completely curtail a number of fishing directions and coastal production, which will entail a significant reduction in jobs and tax revenues to all levels of budgets, courts, as well as to close socially important programs.

"Fixing an exhaustive list of quotas, in the event that Senator Afanasyeva's bill is adopted, will exclude the very possibility of negative impact on the industry of unjustified legislative initiatives capable of weakening the financial stability of the fishing industry, changing the rules for granting quotas, creating a legal mechanism guaranteeing the inviolability, inviolability of economic rights and freedoms ", - said the Magadan parliamentarian Mikhail Kotov.

3 July, the leaders of the largest associations of fishermen representing all the "fish" regions of Russia, appealed to President Vladimir Putin with a request to prevent changes in the basic principles of sectoral legislation - the so-called "historical principle" of the allocation of access rights to fishing resources. The proposed withdrawal of a significant share of quotas for crab production may put the industry on the verge of a deep investment failure and a full-scale economic crisis, and, according to fishermen, "auction initiatives" are promoted by the government in the interests of only one company. However, she himself wins in any scenario: that now the buyers do not see the products of the largest pollock getter on the shelves, which even more so will not be seen at the inflated prices. All will go abroad, for a hard currency.

It seems, in general, there comes a moment of truth.

Initiatives to seize the largest metallurgists and chemists about one-third of their profits for 2017-th year are very similar to the initiatives to introduce crab, and then fish auctions. Ironically, the list of candidates for the withdrawal of 14 companies is headed by Norilsk Nickel and SIBUR with figures to withdraw 114 and 66 billion rubles, respectively. It turns out that only one third of the profits of each of these companies for only 2017 year is enough to purchase at new auctions 50% of all crab quotas, which for filling the budget offer to take away from all active crabbers!

And really, why not in a family way, for example, to borrow such a small sum for the acquisition of a small but very profitable business on the most honest and transparent electronic auctions?

The media has already begun a polemic that, they say, can not be retrospectively taken away from the business, which, they say, can not punish the business for high profitability, which was achieved due to previous investments and temporary market conditions. Most likely, even no withdrawal will occur. But in any case, the person is incompatible with the approach - the oligarchs selectively want to take out only one-third of the profits for 2017 year, which, probably, is also bad for the investment climate in the country, and all the crabs, and, eventually, other profitable fish producers take half of the business (property in the form of harvest rights) and sell it to the same oligarchs at a price that is at best equivalent to a small portion of their annual profits (which they have nowhere to invest) - not to mention their capitalization.

We are on the verge of a dangerous precedent for the seizure of not a part of the super-profit, but the seizure of the rights to use resources, that is, in fact, the seizure of business from all, without exception, conscientious users of this resource.

It is interesting to ask the FAS how it looks at the level of closeness and competition in the metallurgical and chemical industry, the degree of monopolization in these industries, and indeed, how does justice of privatization of these companies compare, say, with the historical principle in the fishing industry. Perhaps these industries have already accumulated enough superprofits, so that the state could consider the possibility of withdrawing, say, 50% of their resources for sale at new auctions?

And only an unrestrained fantasy can push against that fantastic price tag, which will sell "fish for cats" from fishermen, who sent all the money to auctions. Then, for sure, most of the Russian fish will sail straight abroad, and we will continue to talk about the increase in total catch volumes and offer to buy pollack freshly frozen without a head and sardine Ivasi.