Russian-Chinese cooperation is getting younger over the years 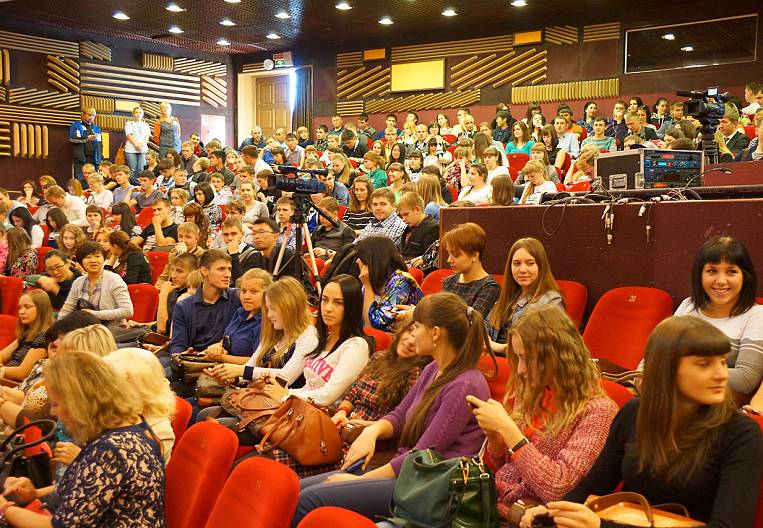 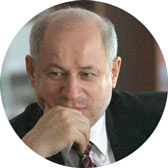 Russian-Chinese cooperation is getting younger over the years
All author's materials
In the modern world, the borders between countries are most quickly erased in the scientific and educational spheres. However, our science has always been international, and today, following it, the Russian system of personnel training is confidently moving in the same direction.
Prof. Sergei Ivanchenko, Vice-President of the Russian Union of Rectors, Chairman of the Council of Rectors of the Far Eastern Federal District, Rector of the Pacific State University, tells the main trends in the development of cooperation between the universities of the Far East and Chinese partners in an interview with EastRussia.

- Sergei Nikolaevich, you are also a co-chairman of the Executive Committee of the Association of Universities of the Far East and Siberia of the Russian Federation and the North-East Regions of the People's Republic of China (AVRIC). Why is China becoming the main vector for the development of cooperation for Far Eastern Russian universities?

- We are working in the most dynamically developing region of the planet - the Asia-Pacific. It is here that for the past two decades the center of gravity of the world economy and politics has shifted. APR is becoming a mega-platform for more and more close and fruitful interaction of various civilizations and cultures. Here, grandiose prospects for accelerated educational, scientific, technological, and cultural development are formed. The leading country in the region among our neighbors is China, and relations with it have acquired the character of a strategic partnership.

The 20 year I mentioned, the advanced development period of the APR, by a happy coincidence, coincided with the development of intensive contacts between universities in Russia and China. In 1993, the first meeting of rectors of universities of the border regions - Khabarovsk Territory and Heilongjiang Province was held. Rectors' forums continued this tradition; they are held every two years, alternately in Russia and China, and the format of our interaction is constantly evolving. In 2012, the Association of Higher Schools of the Far East and Siberia of Russia and Northeastern Regions of China (AVRIC) was established at the 10 Forum in Changchun (China), its charter was adopted, and the governing body, the Executive Committee, was established. AVRIK, being the vanguard of intercollegiate interaction, unites 19 Russian and 45 Chinese universities.

- What areas of cooperation does the Association give priority to?

- The charter of AVRIC speaks of the need to actively promote the development of a unified educational space, the establishment of a general level of requirements for the content of higher education in Russia and China, mutual recognition and ensuring the equivalence of university diplomas. Together with our Chinese partners, we are also working towards an ever deeper integration of science, education and production in the training of specialists. We conduct international scientific conferences, seminars, symposia. There are many examples of this, I will name only a few. These are the annual International scientific and practical forums "New ideas of the new century" in the field of architecture, construction, economics; Interuniversity Seminars on Asian Megalopolises (IUSAM); annual Russian-Chinese symposia "Modern materials and technologies for their processing"; cooperation with Chinese universities in the implementation of projects in the field of information and communication technologies.

Within the framework of the Association and inter-university cooperation, we plan to form joint scientific and educational units in relevant areas of science and technology - laboratories and research centers. Russian and Chinese universities are working to attract financial and material resources of state bodies, academies of sciences, state-owned enterprises and private firms to develop a system for training specialists, scientific and pedagogical personnel, for fundamental and applied scientific research.

Much attention is paid by AVRIK to the expansion of academic mobility of all participants in the educational and scientific process. The training of Russian and Chinese bachelors, masters, and graduate students in the universities of the partner countries has become a habitual phenomenon. Teachers travel to each other in universities to read lecture cycles, conduct training courses, language practice. Higher education institutions - members of the Association jointly implement a large number of double degree programs.

- All these issues are traditionally brought to the agenda of forums and other meetings of the rectors of universities of Russia and China. And what is noticeable about the recent 11 forum?

- 11-th forum was held in October 2014 in Blagoveshchensk in fundamentally new conditions. Previously, the main emphasis was made on the development of partnership in the traditional, "adult" format, and now its increasingly important role is played by its youth "dimension." This is not a tribute to fashion, but a logical response to the challenges of the time. As is known, in the spring of 2014 the solemn start "The Year of Youth Exchanges between the Russian Federation and the PRC" took place, it was supported by Russian President Vladimir Putin and Chairman of the People's Republic of China Xi Jinping.

In Blagoveshchensk, together with the next forum of rectors and the 2 Congress of AVRIK, we held the 1 International Forum of Russian and Chinese Students. Its main theme is formulated as follows: "Universities of the regions of Russia and China in the coordinates of youth exchanges." During the meeting there were meetings of the leaders of student associations of universities of the two countries, problems of youth self-government development were discussed, business games and trainings were held to form international teams. There were presentations of projects of youth cooperation on the directions "Scientific breakthrough", "Education without borders", "Socio-cultural development".

In a modern, ever-changing world, a harmonious combination of traditions and innovations is very important, a combination of efforts and achievements of national schools, a creative perception of the experience of partners. Only relying on everything that we created in the past and successfully develops in the present, we can confidently move into the future, responding to the new intellectual and political challenges facing the university community of Russia and China. And we place special hope in this forward movement on young people.

- As you know, the youth not only makes plans, but also implements a number of important projects ...

- Yes. An interesting area of ​​cooperation, for example, was the patriotic action “Flowers of Memory”. During it, PNU students search for the graves of Soviet soldiers who died at the final stage of World War II in northeastern China. They conduct research work in the archives, find out the names of the dead, collect materials for the catalog of the graves of Soviet soldiers in the territory of the PRC, and most importantly, put soldiers in order graves. The Flowers of Memory project started at our university in 2012, and today it has become the International Russian-Chinese Volunteer Camp, which takes place annually in September in the territory of the PRC. Along with Russian students, dozens of their peers from Chinese universities participate in it.

I mentioned only one of many examples of Russian-Chinese youth cooperation. It is also successfully developing in the educational, scientific, cultural and sports spheres. On the third day of the forum, already on the territory of China in Heihe University, a presentation, discussion and defense to a broad student audience of Russian-Chinese new youth projects took place. And it was decided to hold such youth forums and meetings regularly.

So the cooperation between the universities of Russia and China has unique prospects today.

Photo by the author.