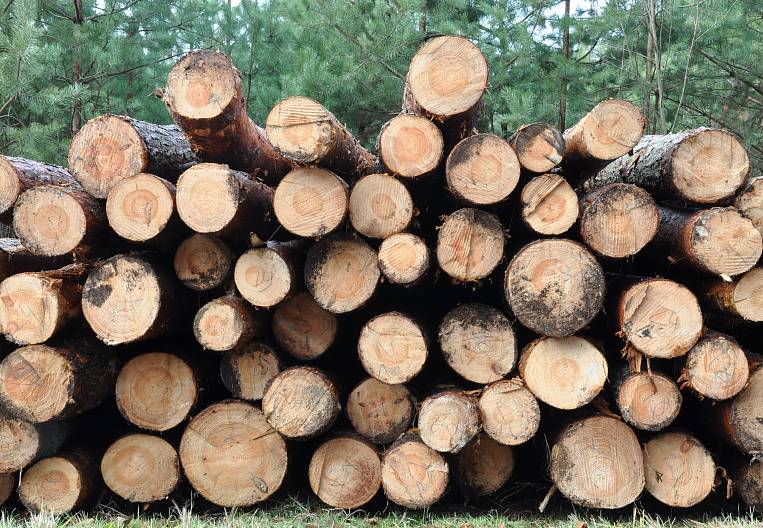 Under current conditions, Russia is able to provide more than 1% of China's demand for iron ore imports, but will not be able to compete with Australia and Brazil.

In the field of metallurgy, the new direction is the export of iron ore to China, which until now has been small and unstable (at the beginning of this year there was even a decline). It is expected that China will continue to increase the import of iron ore (this year it beats historical records), despite the slowdown in the growth rate of steel production in the country. In Russia, however, there is not much iron ore in the country that is unnecessary in order to meet China's enormous needs.

In this case, the Kimkano-Sutarsky GOK project in the Jewish Autonomous Region has a breakthrough character. The construction of a border railway bridge across the Amur River, which is supposed to be completed in 2016 (the Russian-Chinese investment fund created by the Russian Direct Investment Fund and the Chinese Investment Corporation, is investing in the bridge) is also connected with it. The project is to be launched this year, it is controlled by the Russian-British group Petropavlovsk, and the actual construction is being carried out by the Chinese company CNEEC with the involvement of funds from the Industrial and Commercial Bank of China. At the same time, General Nice and Minmetals Cheerglory based in Hong Kong will become shareholders along with the Petropavlovsk group. The production and export of iron ore may reach 10 million tons per year (at the first stage - 3,2 million tons of iron ore concentrate per year, after 2015 - 6,3 million). If the export of iron ore to China develops successfully, the next in line will be another project of the Petropavlovsk group - the Garinskoye deposit in the Amur Region. In Transbaikalia, meanwhile, the Chinese company Luneng is developing the Berezovskoye iron ore deposit, but so far production there is extremely far from the design capacity of 5 million tons per year, and the Russian side also insists on the construction of a manufacturing facility (there is a threat of license revocation due slow work on the project).

Of the non-ferrous metals, nickel is the largest value in terms of value for Russian exports to China, but this has nothing to do with the Far East, nor does it export aluminum. For Transbaikalia breakthrough character can get mastered by the Chinese participation of the famous Udokan copper deposit, which, from 2008, controls Metalloinvest A. Usmanov. Due to the lack of investors, the timing of its development has shifted repeatedly. This year, the government determined the beginning of the extraction of 2022 a year, and the output to the designed capacity was transferred to 2024 year (the construction of GOK should begin in 2020). "Rescue" for Udokan can again be the arrival of Chinese investors, which so far is expressed in the purchase of 10% of Baikal Mining Company (license holder) by the private investment company HOPU Investments Management. Also, China is expected to lend the project, and then - actually purchase the products. Considering that China is the largest importer of copper in the world, the prospect here is favorable. Although in this case, China has a long-standing key partner - Chile.

Finally, attention should be paid to the relatively small project of the South Khingan manganese ore deposit in the Jewish Autonomous Region. The Hemen - Far East LLC, owned by Chinese capital, operates here at the Transverse Mine. Given the extremely weak development of manganese mining in Russia, this project is important.

Far East has great significance for the cooperation of Russia and China in the forest industry, for which the factor of geographical proximity is important. Now Russia provides about 15% of Chinese imports of forest products, incl. Not less than 20% of roundwood imports (main suppliers are Malaysia and Papua New Guinea). Volumes of commodity turnover are growing. At the same time, positive is the fact that with the participation of Chinese investors in the Far East and Transbaikalia, timber processing is beginning to develop. A special role is played by the Chinese capital in the timber industry of a small Jewish Autonomous District, where 80% of timber is harvested by the companies Xin-Chun Forest and Ecolez, owned by the Chinese (EKOLES owns a woodworking plant). In Transbaikalia with the participation of Chinese capital, the Amazar timber industry complex is being built in the Mogochinsky district, where a sawmill is already operating, and a pulp mill is planned to be launched. With the help of these projects, it will be possible at least to increase the share of processed forest products in Russian exports to China.

Although Russia is not in a position to feed the whole of China, the parties also have promising projects in the field of agriculture. For example, Agrosoya, which is owned by a Chinese company from the neighboring Heilongjiang region, operates in the same Jewish Autonomous Region from 2009. Export to China of Russian soybeans, the production of which can be substantially increased in the Amur Region, the Jewish Autonomous Region, and the Primorsky Territory, has good prospects. He orients his country and the leadership of such a powerful player as China Investment Corporation towards a more extensive cooperation with Russia in the AIC. At the same time, the simple development by the Chinese of Russian land in their own interests, Russia may not be so interesting, since it does not mean, for example, the influx of modern agricultural technologies.

Chinese investments are also possible in infrastructure projects, primarily related to the growth of Russian exports, as exemplified by the above-mentioned bridge across the Amur. Also, the Chinese side shows interest in port projects. In particular, China Harbor Engineering Co. May become a co-owner of a new coal terminal in Sukhodol (Primorsky Krai), which is now owned by the structures of G.Timchenko and the SDS group. The Suma Group expects to provide for 60% the loading of the new port of Zarubino (where the TOP is being created) through an agreement with the province of Jilin, which has no access to the sea: goods from this province can be delivered by sea to the southern regions of China via transit through Zarubino.

Thus, the deepening of Russian-Chinese economic cooperation can produce a very positive effect on the development of the Far East. It should be noted that Russia comes to the Chinese market very late, when the period of rapid growth of the Chinese economy is over. At the same time, China's dependence on imported raw materials is still growing, and Russia has the opportunity to "wedge in", and in some cases literally "squeeze" into the ranks of countries supplying diverse raw materials to China. For China, this is important for political reasons, since it allows us to tie Russia closer to ourselves, and at the same time continue the traditional policy of diversifying supplies, using Russia as another of many suppliers. As a result, Russia can maintain or occupy a significant place in the future as an exporter to China of oil, gas, coal, iron ore, copper, electricity, forest products. These prospects are far from unlimited, and in general they are already clear, but their implementation is undoubtedly important for the Russian economy. What is important is the fact that China is beginning to seriously "master" Russia: joint ventures operating on Russian territory are being set up, some projects are being implemented by companies with a predominance of Chinese capital, Chinese direct investments are coming to Russia, and Chinese banks are opening loans for Russian projects .

Not all Russian-Chinese projects are related to the Far East. Eastern Siberia plays a significant role in the supply of hydrocarbons and non-ferrous metals to China. Industrial facilities, such as automobile factories, Chinese companies altogether prefer to build closer to the consumer, i.e. in Central Russia. But the Far Eastern regions are becoming the big beneficiaries of the favorable current situation in Russian-Chinese relations. Undoubtedly, this relationship means a huge plus for Yakutia, which is becoming a major supplier of oil, gas and coal to China, which contributes to the diversification of its raw material complex, previously reduced to diamonds and gold. Due to coal projects and electric power industry, the Amur region wins. A small Jewish Autonomous Region is already linked to China through agriculture and forestry, and in the future it will become an important supplier of iron ore. The beneficiary will also be the Zabaykalsky Territory, where coal and iron ore projects can be implemented and, finally, the Udokan copper deposit should earn. Primorsky Krai is able to realize its transit function.

Perhaps, Khabarovsk Territory turns out to be a little apart from these processes, but it is capable of playing a key role in the export of engineering products, using the capabilities of an aircraft factory in Komsomolsk-on-Amur, from where military aircraft and amphibians are exported to China (given that develop a joint passenger plane). There are still obvious unused reserves in the Far East regions remote from China - on Sakhalin, Kamchatka, Chukotka, in the Magadan region. At the same time, it is important for Russia to pursue a policy of diversifying foreign relations, and therefore it is impossible to develop the economy of the Far East with the expectation of China alone.