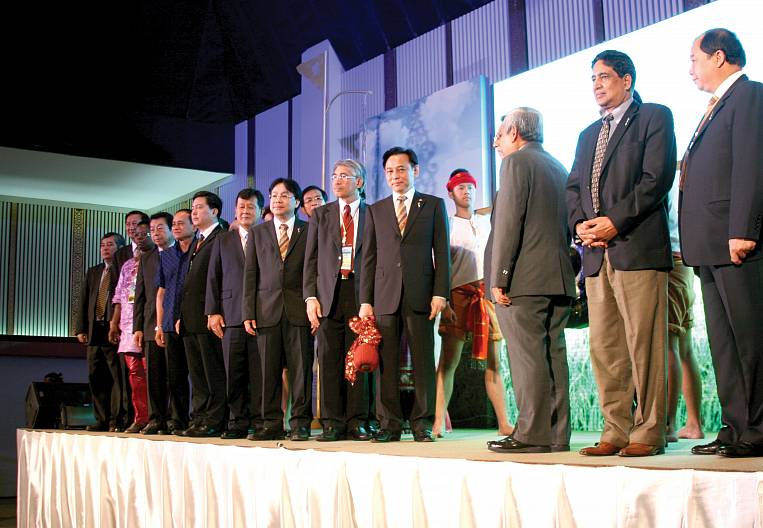 Before talking about the prospects for growth in turnover, it is necessary to analyze the structure of Thailand's economy, its export-import orientation.

Among the ASEAN countries, Malaysia, Singapore and Indonesia became the most active trading partners, among the EU countries - Germany, Great Britain and the Netherlands, from European countries that are not EU members, Switzerland maintains active trade relations with Thailand.

During 2012, in the structure of Russian exports to Thailand, the main share of supply was in the following product groups: crude oil and other energy resources (51,5%); metals and products from them (32,4%); fertilizers (11,4%); vegetables and vegetable products (1,5%); fresh and frozen seafood (1,06%). Other items make up less than 1% of total exports. Since the beginning of the year, the volume of machinery exports (by 2,5 times), animals and products from them (+ 105%), chemical products (+ 65%) has significantly increased. The supply of oil has declined by 25%.

According to the acting head of the Russian Trade Mission in Thailand, Vladimir Romanov, Russian enterprises, when planning trade and economic relations with Thailand, should take into account the fact that Thailand is aimed at implementing a number of large infrastructure projects, in particular in the field of water resources management, construction of high-speed railways, new highways, a deep water port and the Dawei industrial zone in Myanmar. The infrastructure master plan includes 55 projects with a total cost of 2,27 trillion baht (over 2 trillion rubles) and is designed for a period until 2020. Companies from China and Japan are showing serious interest in participating in some of them.

In addition, Thailand is interested in diversifying the supply of hydrocarbons to the country (primarily, crude oil and LNG), as well as in the continuation of imports of rolled steel and fertilizers. In turn, Thai companies are interested in expanding exports to Russia of agricultural products, primarily poultry meat, rice and seafood. As the results of the international food exhibition held in May in Bangkok showed, there are prospects for expanding cooperation between our countries in the food sector. In the near future, supplies of Russian Splat toothpaste to Thailand begin.

Food paradise - 2013
This year in Bangkok the international food exhibition THAIFEX - 2013 was held, which was visited by more than 93 000 people, including 27 361 traders and representatives of companies. Exhibition exposition of 1100 companies was deployed on 3100 stands. Collective expositions of the Republic of China, Cambodia, Vietnam, the Philippines, Italy, Japan, Taiwan, Malaysia, Singapore, Korea, Brunei, Brazil and Turkey had a stunning success. The visitors' interest was chained to the thematic sections of the exhibition - to frozen seafood products, halal, eco-and innovative products.

The best food products awarded in different years by the ThaiSeleсt brand were presented on a separate stand.

According to the Department for the Promotion of International Trade (DITP), contracts worth $ 320 million were concluded during the exhibition.

It should be especially emphasized: the range of products, which were presented, for example, by Italian and Turkish companies, was quite consistent with what Russian companies could offer for the Thai market. Italians brought to the exhibition pasta, traditional sausages, canned vegetables, sauces. In addition, a wide range of wheat flour was presented at the stand of Italy and Turkey.

Russian manufacturers never participated in this exhibition, whereas, according to representatives of DITP, Russia's collective stand at the exhibition would be a success. Thai tourists have long loved Russian products and are bringing chocolate, marshmallows, smoked sausages, caviar, melted cheese, bagels, drying, white and black bread as a gift from Russia. This is not a complete list of products that can be successfully supplied to Thailand.

Feed the rice world
In addition, the international conference Thailand Rice Convention - 2013, dedicated to the development of rice growing on a global scale, was held in the north of Thailand in the city of Chang Mai. The event was attended by over 500 delegates from 40 countries.

The main task of the conference was to analyze the world trends of fluctuations in the rice market. Within the framework of the conference, an exhibition of Thai rice and products from it took place. It should be noted that 60% of exported Thai rice belongs to the category of organic product grown without the use of chemical fertilizers. This increases its therapeutic value, but leads to an increase in the price. In Thailand, both rice varieties have been developed for areas with low rainfall and rice, which can withstand heavy rains.

Rice, as the most important technical and food crop in the country, plays a crucial role in promoting economic progress in Thailand.
For more than three decades, Thailand has received worldwide recognition as a leading exporter of quality rice, often ranked as a supplier of No. 1. Currently, the country is the third largest exporter of rice in the world, after India and Vietnam. Thai rice has a higher price, which is due to its high quality. The price of Thai white rice now stands at $ 500 per ton, while Vietnamese rice costs $ 380, and Indian rice costs $ 415.

Annually, the industry produces more than 31 million tons of unmilled rice, or more than 20 million tons of refined rice. More than 55% of products are consumed domestically, and the rest is exported. From rice exports, Thailand receives an annual revenue of 170-200 billion baht, which provides stable earnings for more than 3,7 million farmers across the country. Today, rice processing products in Thailand are raw materials for non-food products, such as paper, furniture.

This year, the Ministry of Commerce of Thailand has set a goal to increase the export of Thai rice to 8,5 million tons in the amount of $ 5,7 billion.

During the first quarter (January-March 2013), rice exports reached 1,52 million tons, worth $ 1,08 billion, with average prices of $ 707 per ton. Compared to the same quarter last year, export statistics this year showed a decline of 8,4% in terms of quantity and 4,5% in terms of value. Nonetheless, in dollar terms, export prices rose 4,3%. In the total volume of exported rice, a significant share is occupied by the Hom Mali rice variety (0,47 million tons) - in the first quarter of 2013 it was supplied in the amount of $ 495 million. This rice variety is of high quality, has a pleasant taste and smell.

One of the main reasons for the decline in exports of Thai rice is the increase in domestic rice production by the countries of the Asian region as part of their food security programs. According to the Minister of Commerce of Cambodia, the volume of rice production in 2011-2012 was at the level of 8,4 million tons. In addition to rice, the production of cassava, corn and soy is increasing.

Myanmar, one of the largest rice producers in the region, will aim to become one of the top rice exporters to ASEAN by 2020. The Indonesian government plans to increase rice stocks to 10 million tons in 2014. In 2012, Indonesia imported more than 600 thousand tons of rice, in 2013 the projected import is 1,8 million tons.

The Philippines has seen an annual growth of 3,33% in rice production, with an average of 15 million tonnes per year. Due to the increase in the population, there is also a tendency for consumption to grow to 11,7 million tons per year. When it comes to self-sufficiency, the Philippines will face some major challenges. Firstly, due to its geographical position, the country is prone to climate change, the negative effect of typhoons. This situation causes losses of more than 590 thousand tons per year, which poses a threat to the country's food security. Second, in the Philippines, domestic demand will continue to outstrip supply for the next four years.

According to David Doe, Senior Economist in the UN Agricultural Development Economics Division, the global rice trade has increased due to the liberalization of world trade, but Thai exports are facing greater difficulties due to high prices stemming from the Thai government collateral schemes.

According to a report by the Food and Agriculture Organization (FAO), global rice production has been at an all-time high of 747 million tonnes over the past decade, as many countries have been busy developing their own production. 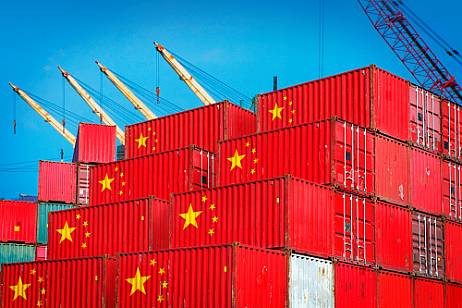