Russia and China: the trend towards convergence 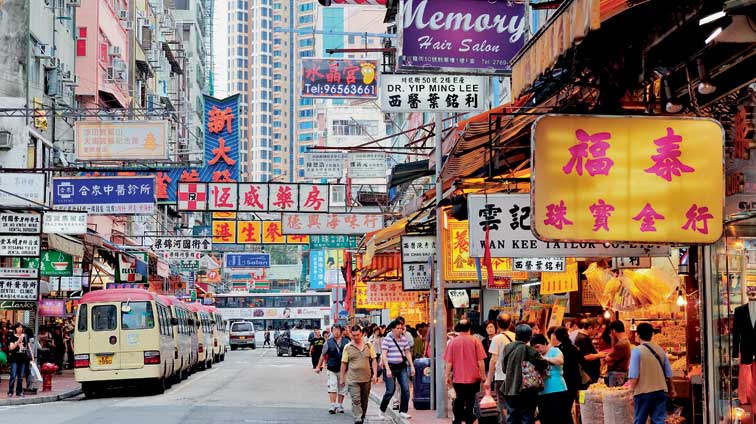 “If you hide a boat in the bay, and the hill is in the lake, they will say that they are safe, but at midnight the strong man will carry everything on his back, and the ignorant will know nothing. In whatever suitable place you hide the big or the small, it will still disappear. Now, if you hide the Celestial Empire in the Celestial Empire, it will have nowhere to disappear - this is the general law of all things. " For several millennia, China lived according to the dictum of the famous philosopher Zhuangzi. The country closed in on itself, remaining a mystery to the rest of the world. But those times are long past. China is now a new empire. Moreover, this empire is based not on the dynasty of emperors, but on the communist party.

In March, after the quite predictable appointment of Xi Jinping, his world tour began. And it began with a visit to our country, which caused a fair wrath of Zbigniew Brzezinski who in his interview 15 March, before the visit of the Chinese leader to Russia, expressed surprise and annoyance over the fact that Xi Jinping chose Russia for the first time for the international visit.

The negative reaction of the United States is dictated in part by the fact that China and Russia already find a common language on enough points of international policy, and therefore the States in no way want to allow the possibility of forming a political alliance of these two countries, let alone let them rise Russian-Chinese dialogue on a level with the US-Chinese dialogue.

Nevertheless, this first trip was used by Russia in order to turn relations with China into a strategic partnership, which, according to Brzezinski, could only be possible thanks to the initiative of China. Washington interpreted this political move by China as a kind of US challenge.

As for Russia, its choice as the first country visited by Xi Jinping was made in December and therefore did not become a surprise. Undoubtedly, the arrival of the Chinese delegation in our country is a good sign for further strategic relations. However, it is also a kind of continuation of the tradition. It was our country that Mao Zedong first visited, and behind him other leaders of the PRC, including Hu Jintao, who started the tour in 2003 exactly from here.

By the time C arrived, they prepared themselves in advance, planned it by the hour, paying special attention to the necessary rituals, such as the organization of an honor guard meeting guests at the Kremlin, as well as a solemn meeting at the airport with a military band, etc. In this way, we wanted to emphasize the respectful attitude to the Chinese delegation .

Obviously, in addition to the necessary ceremonies, the signing of a number of documents was prepared and timed for the arrival of Chinese guests. In total, it was possible to sign 35 bilateral agreements. We are talking about the supply of various types of raw materials from Russia to China, and about the supply of arms, and various investment projects, often in the most unexpected areas, for example in the field of rabbit breeding.

As a result of the signing of agreements with the PRC, the supply of Russian oil to China will actually triple. In addition, the countries signed the first contract for gas supplies, and immediately for 60 billion cubic meters. m per year, which is, in fact, a value equal to half of the volumes that Gazprom supplies to Europe at present.

Thus, the most important result of the meeting is the official recognition of the fact that China is becoming a new strategic market for Russia and a significant alternative to Europe. Signing such landmark agreements, it is likely, means for Russia the emergence of the possibility of choosing a new vector of development, a turn of Russia in the eastern direction.

In addition, the real challenge for the United States and Europe was the fact that Xi Jinping visited the Operational Management Center of the Armed Forces of the Russian Army. This was the first time that no foreign delegation had been admitted to the secret part of the Russian army.

The result of the meetings were also contracts for significant amounts on the supply of Russian weapons to China.

Not surprisingly, the attention of the Chinese was riveted on the course of Xi Jinping’s first official visit to Russia. Many meetings were broadcast live, including even an hour-long lecture that Xi Jinping gave to MGIMO students.

So, many Chinese bloggers discussed the arrival of Xi Jinping himself, who left the plane, holding hands with his wife, the beautiful Liyuan. The fact of the arrival of the PRC leader with an official visit, accompanied by his wife, is in itself a sensation. And the fact that he also openly demonstrates his reverent attitude towards her is absolutely stunning for China. For the first time in history since the time of Mao Zedong, the wife of the PRC leader appears in the frame. And not only the good relations of the spouses and her beauty, but also the clothes she picked up became the subject of discussion of the Chinese.

Now, in Beijing’s fashion stores you can find a black coat with two rows of buttons and an azure scarf tied exactly as it was on Liyuan when you left the plane that landed in Russia.

These photos - Xi Jinping with his wife, rather than traditional photos of meetings and handshakes with President Vladimir Putin - were put on the front pages of Chinese newspapers and collected thousands of comments from Chinese bloggers.

So, for China this visit, its very format became a nationwide sensation. After all, since the days of Mao Zedong, when after the death of the leader his widow was sent to prison, the wives of the top officials of China were carefully hidden from the Chinese nation.

However, a new trend has now been discovered. Xi Jinping's wife was already christened by the Chinese Carla Bruni, and her hair, taste and style in everything were highly appreciated in the Chinese press.

Vladimir Putin met Xi Jinping with his wife in the largest, St. George's Hall of the Kremlin. The guests were given signs of respect and honors.

In this room, C was only once - with an excursion three years ago, when he came to Moscow as a party figure.

During the conversation with Putin, Xi Jinping admitted that since his father was an associate of Deng Xiaoping, who had a warm feeling for Russia, then this attitude to our country was transmitted to him. He admitted that as a child he read Chekhov, Tolstoy, Pushkin's poetry and even in his youth tried to imitate the hero Chernyshevsky, who went out in a bad weather in the rain, and during the blizzard - under the snow.

The leaders of the countries exchanged warm phrases. Russian President Vladimir Putin noted the great progress in the development of bilateral relations: “I heartily congratulate you on your election to the high office of President of the People’s Republic of China. I am grateful to you for making the decision to make your first foreign visit to our country. This clearly shows how much attention China and Russia are paying to building relationships with each other. In previous years, we have done a lot to build our relations in all areas. Russian and Chinese relations are the most important factor in world politics, ”the head of the Russian state emphasized.

"You are the first foreign head of state with whom I meet. I get the impression that we always treat each other with an open mind. We are converging with characters and became good friends, "Xi Jinping said in response.

The PRC leader also stressed that the existing trade turnover between the PRC and Russia is only $ 82 billion and this is too weak indicator for countries having the longest common border.

Continuing this theme, Vladimir Putin said: "Particular attention during today's talks was paid to trade and economic cooperation aimed at encouraging joint investment flows. We agreed to use the capabilities of the Russian-Chinese investment fund, pay attention to infrastructure and production projects in the Far East of the Russian Federation. A large number of joint projects inspire us with confidence that in the near future we will reach $ 100 billion of trade turnover, and in the near future - $ 150 billion. "

"Our cooperation in the field of energy is comprehensive and full-scale, as well as cooperation in other areas of the economy. We always meet each other in order to achieve mutual benefit, "Xi Jinping confirmed.
Tags: China policy cooperation Reboot